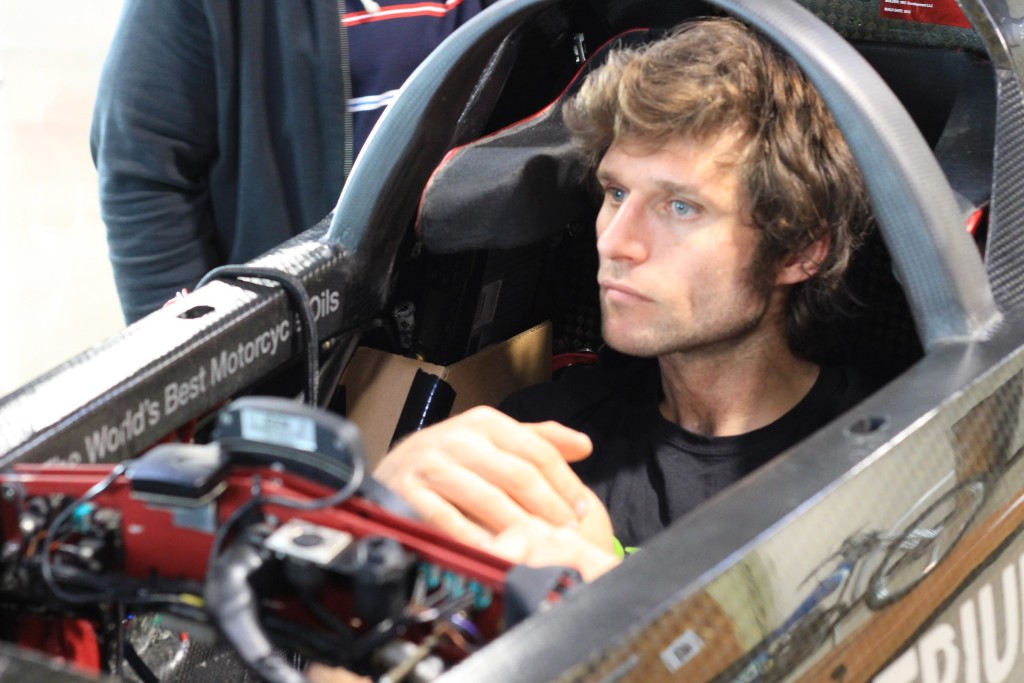 Speedweek is nearly upon us, that time of the year when folks take their fastest, sleekest machines, put ’em on the trailer and head for the Bonneville Salt Flats to go literally as fast as a bat out of hell over a mile of salt. Faster, actually. They’ve measured it.

The event, run by the Southern California Timing Association (SCTA) has had a tough go of it the past few years. Last year, has been cancelled completely the past two years due to bad weather.  But so far, fingers crossed, it’s set to go ahead this year from August 13 – 19.

As other professionals and amateurs prepare to test their mettle and metal against the salt, Triumph Motorcycles is also gearing up with a challenge: breaking the current record for a land speed motorcycle run using its purpose built 1,000 bhp Triumph Infor Rocket Streamliner.  376.363 mph is the number to beat.

Triumph has a history of record setting.  It held the title of ‘World’s Fastest Motorcycle’ between 1955 to 1970, and in fact the iconic Bonneville name itself came from Johnny Allen’s land-speed record runs at the Salt Flats in September 1956, when he reached the record breaking speed of 193.72 mph. The first T120 Bonneville model was unveiled at the Earls Court Bike Show and went on sale in 1959.

The record Triumph is trying to beat is currently held by Rocky Robinson from 2010 on the Top Oil-Ack Attack streamliner. 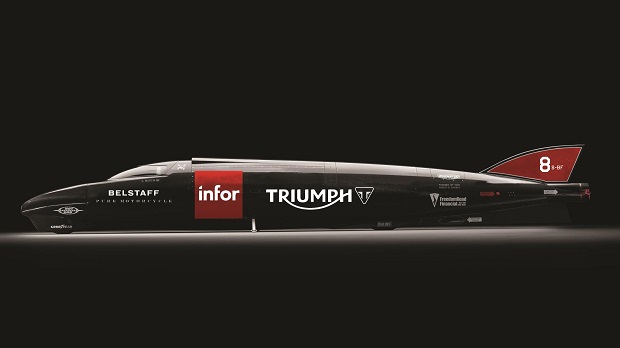 Isle of Man TT racer and multiple speed record holder Guy Martin will be riding the purpose-built Triumph Infor Rocket Streamliner over the measured mile.  “I can’t wait to take the Triumph Infor Rocket Streamliner onto the salt at Bonneville for the first time this summer. The Triumph engineers have built an amazing machine, giving us the very best chance to beat the two-wheeled land speed record,” says Martin.

This type of effort is not without risks. A few weeks ago, land speed racer Sam Wilson died in a crash testing ha motorcycle streamliner at Bonneville. As a TT racer, Martin is no stranger to the risks of speed, but this is a tragic, and grim reminder that racing for these records, for the joy of the chase, is not without its dangers.

Regardless of Triumph’s success or failure at breaking a record, Speedweek is a deeply treasured chance for speedfreaks to gather, to celebrate, and to challenge each other in the sport of land speed racing, and we hope, for all of their sakes, that good weather, and good fortune will favor them.