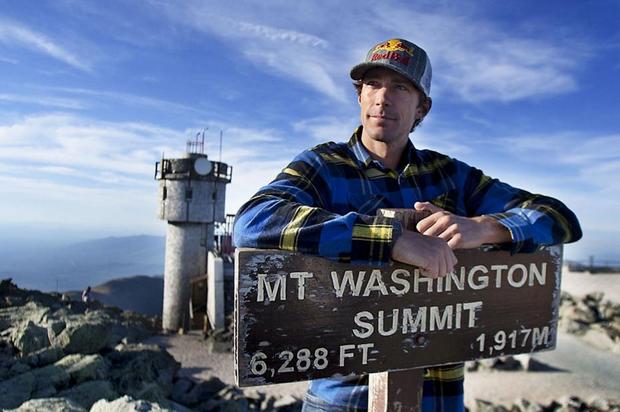 Dodge rallycross fans got some bad news late last week when Dodge Dart driver Travis Pastrana posted a picture of a snow-covered Subaru WRX STI with “I’m Back” written in the snow on the back window with the well known driver standing next to the car in a Subaru Rally Team driving suit. This made it official for many Dodge rallycross fans that Pastrana had indeed moved on from his deal with the Dodge brand.

While Travis Pastrana is likely best known by younger Global RallyCross fans as the team owner and driver of the #199 Discount Tire Dodge Dart, Pastrana had spent the vast majority of his rally racing career behind the wheel of a Subaru Impreza WRX STI. Pastrana had several very successful years in the Rally America ranks with driver’s championships in 2006, 2007, 2008 and 2009 with 17 event wins from 2006 to 2010. Pastrana’s big debut to the world of American rallycross was set to happen at the 2011 X Games (XVI) in Los Angeles but when he broke his foot while attempting to nab the gold in Moto X, his hopes of winning rallycross gold seemed to be dashed. Remarkably, Pastrana was able to race in the X Games rally race that year and he even won his heat race with the broken foot and ankle but he finished a balmy 7th in the main event.

A few months after Pastrana’s injury-plagued X Games 16 run in LA, the Chrysler Group announced that they were fielding a new Dodge Dart team in the Global RallyCross Series for 2012. Pastrana experienced some growing pains in that first year that was ended short by a shoulder injury that required surgery but he still managed to grab a win earlier in the season. 2013 promised to be a much better year for Pastrana and the Dodge Dart rally team as Pastrana Racing added Bruce Menzies as a full time second driver but 2013 instead turned out to be a pretty substantial flop. Pastrana devoted far more time to his NASCAR ride with Roush Racing than he did his GRC team and the Dodge rally efforts struggled in his absence. Menzies was hardly ever competitive and whoever was picked in each race to fill in for Travis Pastrana failed to fill his very big shoes. At the end of the 2013 GRC season, Pastrana mentioned in an interview that his contract with Dodge had come to an end and the Chrysler Group made it official a few days later that they did not plan to participate in GRC for 2014. With a new baby at home, it appeared that Pastrana would spend more time at home with his wife and baby daughter but his Instagram photo proclaiming that he was back with Subaru proved otherwise.

Travis Pastrana rejoins a Subaru Rally Team that can certainly use him – especially at the Global RallyCross ranks. In 2013, Subaru fielded 3 cars for most of the GRC events but drivers Bucky Lasek and Dave Mirra were never really competitive and while Svere Isachsen was much better than his teammates, the best that he could do with a couple third place finishes. Based on Pastrana’s success in past years in Rally America behind the wheel of a Subaru and his limited success during his short stint in the Dodge Dart, Pastrana could be Subaru’s top dog for 2014 with Svere Isachsen joining Travis for what should be Subaru’s best GRC season yet. Unfortunately for Subaru and all of their drivers, they will have to compete with the Ford OlsbergsMSE team that completely dominated the 2012 and 2013 GRC seasons.