As the seasons begin to change, so does the battle in the 2019 NHRA season. Those who witnessed the second race in this season’s Countdown to the Championship may have expected to see the same well-known names driving to yet another victory at the AAA Insurance NHRA Midwest Nationals, but what occurred at World Wide Technology Raceway this weekend was far from this.

Although the NHRA Mello Yello Drag Racing Series Top Fuel champion Steve Torrence has dominated the series this season, it was the father of this former champion who decided to teach his son a valuable lesson this weekend at World Wide Technology Raceway after a clean lap in Sunday’s final round allowed Billy Torrence to claim victory for the third time this season.

The younger Torrence wasn’t the only former champion to miss out on a victory this weekend. After a hard-fought battle with Kalitta Motorsports teammate J.R. Todd, Shawn Langdon took down the reigning Funny Car world champion in Sunday’s final with a pass that left many fans breathless.

Much like Torrence and Langdon, this weekend’s Pro Stock victor was back where she belonged for the first time since 2018. While it was a challenge to take down hard-challenger Matt Hartford after he grabbed a .015-second advantage over Enders in Sunday’s final elimination round, Elite Motorsports driver Erica Enders drove her way back to victory after dropping a .018 with her Melling Performance ride performing when she needed it to. 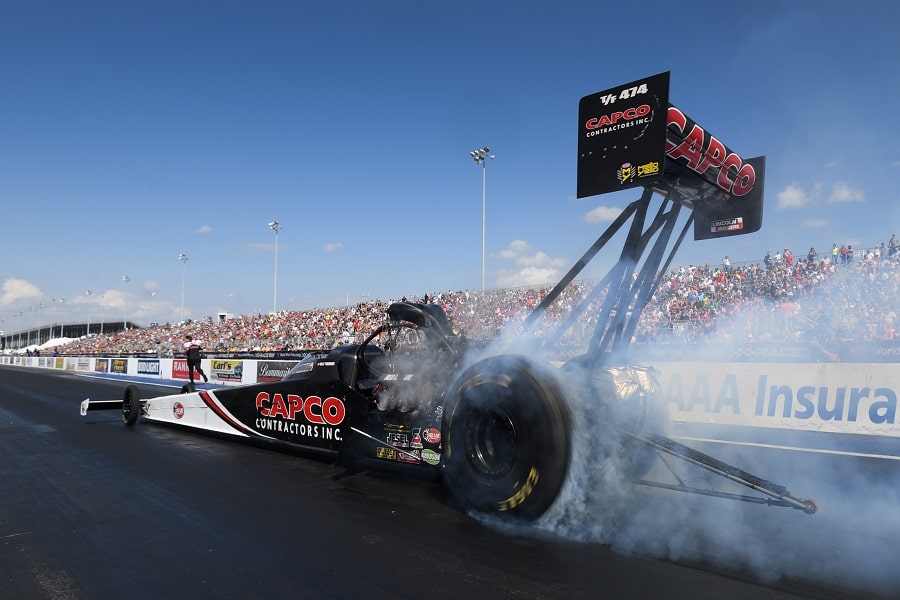 Before moving on to Sunday’s final against his son, Billy Torrence would have to take down Kyle Wurtzel, current Top Fuel Countdown to the Championship points leader Doug Kalitta and Leah Pritchett to take down the most difficult of competitors on the circuit. After reaching his 12th final round of the season, it seemed as though Steve Torrence was going to drive past his old man in Sunday’s final round. That is, until the father had the opportunity to teach his son a thing or two despite Steve leaving the line a hundredth ahead of his father. After the former Top Fuel world champion lost traction, Billy Torrence raced ahead of his son thanks to a clean lap that left him with his fourth win in his sixth final.

This victory also left the elder Torrence with a current eighth place in the standings after both Capco Contractors teams stumbled at the NHRA Countdown to the Championship opener in Reading.

“I have to thank the good Lord and my Capco Contractors team for giving us both the opportunity to compete and earn this victory,” said Torrence. “To get to race my son in the final was also an added bonus and I am just so happy to be where we are. It is great to get one over on the kid every once in a while.” 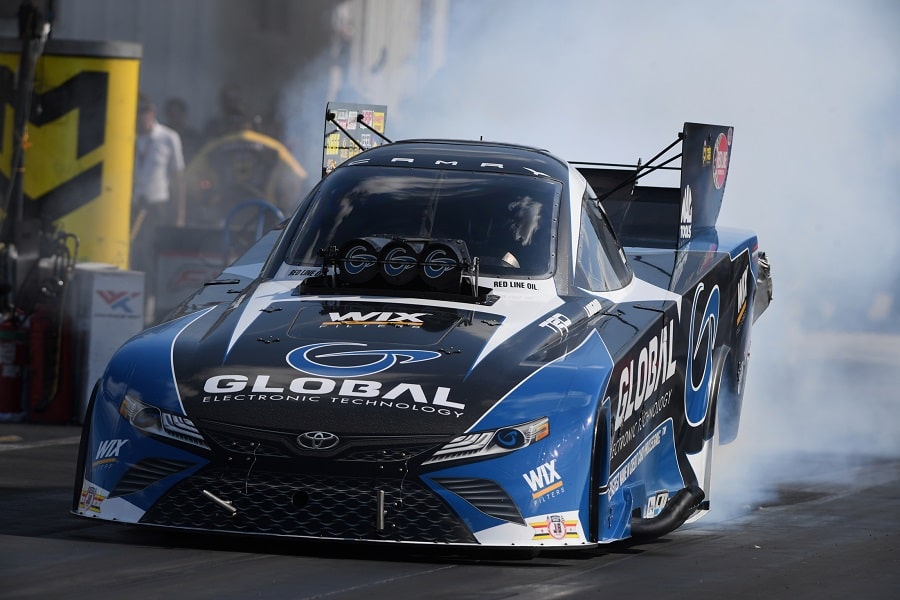 The elder Torrence wouldn’t be the only driver to drive to take down a former NHRA world champion this weekend. After driving past Tommy Johnson Jr. on a holeshot to start his Sunday race day, cutting a .047-second reaction time to get to the stripe first, the former Top Fuel world champion, who gave his Global Electronic Technology Toyota Camry Funny Car team a helping hand in the first two rounds, also took down Jim Campbell to get to Sunday’s final round against teammate and reigning Funny Car champion J.R. Todd.

Much like Torrence, Todd would leave the line first ahead of Shawn Langdon in Sunday’s final, but it was Langdon who would come out on top to become a two-time Funny Car victor as well as a two-time victor at World Wide Technology Raceway. This win also moves Langdon up to seventh in the Countdown to the Championship point standings heading into the NTK NHRA Carolina Nationals.

“What an incredible day,” said Langon. “Although our Kalitta Motorsports Team Global Electronics ride wasn’t the fastest Funny Car in the field, we were certainly the most consistent, which was definitely the reason that we were able to race to the final and even take down my teammate. I am so grateful and can’t wait to see what is ahead for us during the Countdown.” 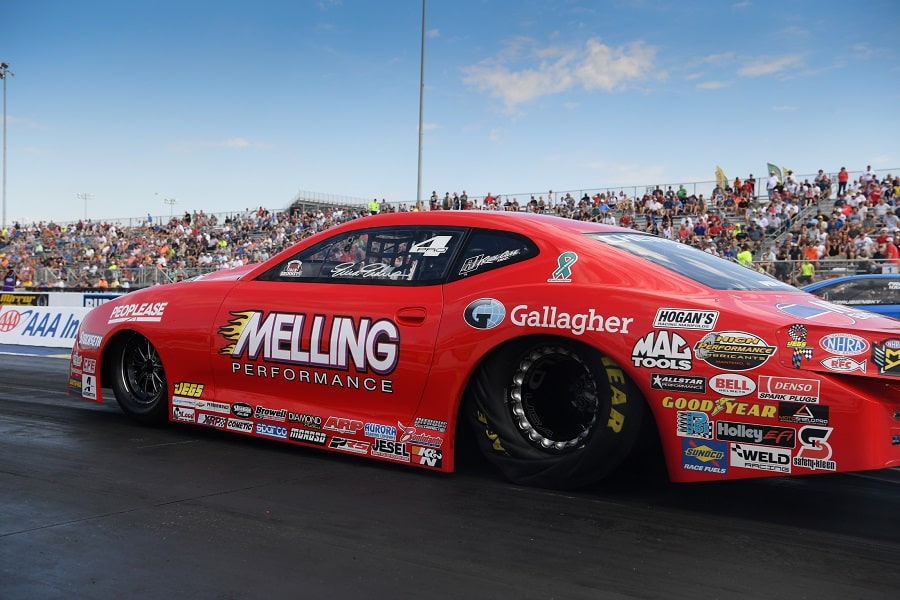 Although Erica Enders wouldn’t have to race past a former champion to earn a victory at World Wide Technology Raceway, she still had quite a challenge on her hands to obtain her first win since 2018 at the AAA Insurance NHRA Midwest Nationals. After driving past Alan Prusiensky, Aaron Stanfield and Chris McGaha, Erica Enders raced to her fourth final of the 2019 season against Matt Hartford. Most would need a hole shot to win this type of final, especially since Hartford also drives an Elite powered Chevy Camaro.

Much like many of the runner up drivers this weekend, Hartford drove off the line first, grabbing a .015-second advantage after cutting a .003-second light, but Enders certainly wasn’t late. She dropped a .018 and her car performed when she needed it, capping a nearly perfect weekend. Enders left St. Louis with 128 out of a possible 131 points, firmly putting her back in the Pro Stock championship conversation.

“We had a really consistent Melling Performance ride throughout the weekend, and I feel like this is what got us the victory this weekend,” said Enders. “While we still have some things to work on going forward, I am so thrilled with where we are going forward in the Countdown.”

The NHRA Mello Yello Drag Racing Countdown to the Championship continues at the NTK NHRA Carolina Nationals Oct. 11-13 at zMAX Dragway, in Charlotte, NC. Stay tuned to RacingJunk.com for all your NHRA coverage!