The 2019 NHRA season has drawn to a close, and this season’s list of championship drivers came as no surprise to fans. Unlike last season, the start of the 2019 Countdown to the Championship already began to paint a picture of those whose wins finally led them to a well-deserved world championship. The most obvious of these championships once again went to the Texas born driver known as the Texan Marauder. Driving into the Auto Club NHRA Finals with a slim lead over nemesis Brittany Force, Steve Torrence and his CAPCO Contractors family team earned their second straight Top Fuel championship after taking down Force in Sunday’s second round.

Although one John Force Racing driver fell short of a championship, another drove his way back to his second Funny Car championship in three years. Unlike Torrence, veteran driver Robert Hight had to race to his ninth final round of the 2019 season before locking up the championship over Jack Beckman. 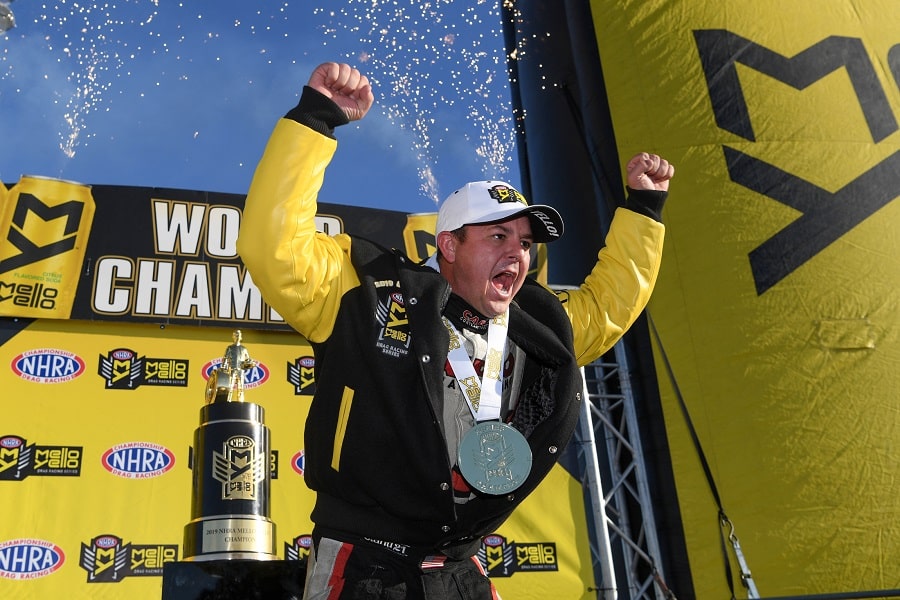 After arriving at this weekend’s Auto Club NHRA Finals at Auto Club Raceway at Pomona with a slim lead over 2017 champ Brittany Force, Torrence used this fire to take down Cameron Ferre in a heated first-round battle, which would leave him going head to head against the driver who ended his hopes of a 2017 Top Fuel world championship. Although Force put up a heck of a battle, Torrence took down this forceful driver with a 3.74-second pass over her 3.77-second attempt.

The victory over Force was not winner-take-all, however, as Torrence still had to run in the semifinals against Richie Crampton to lock out third-place Doug Kalitta. It didn’t matter whether he won or lost against Crampton as long as he didn’t cross the centerline, incurring a five-point penalty that would have left the door open – just a crack – for Doug Kalitta. Although Torrence failed to win this round, losing on a 3.76 to 3.75 holeshot, he was able to lock up the title because he didn’t cross the centerline.

“It has been really special to be part of a team like mine,” said Torrence. “The guys who work on this car – Richard Hogan, Bobby Lagana, and the rest of the Capco boys – are the ones who deserve all of the credit for this championship. To be able to win two championships, and do it back to back, I can’t thank everyone enough.” 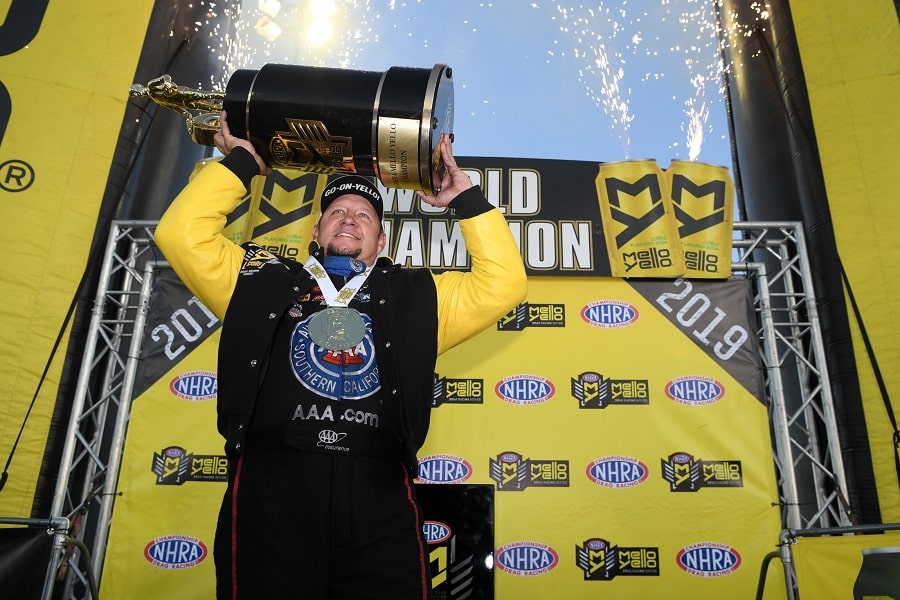 After entering the Countdown to the Championship as the No. 1 seed with five victories under his belt, Hight took down rival Matt Hagan with a .041-second light and ran a 3.977-second lap to beat the Dickie Venables-tuned car by a wide margin to lock up the Funny Car world championship. After racing to Sunday’s final against Jack Beckman, Hight’s final round did not go exactly according to plan. Instead, the decision to perform a half-track burnout to salute the fans at his home track in Pomona would cause his car to break, which allowed Jack Beckman to take the final round victory on Sunday.

“The most important run of my life was that semifinal against Matt Hagan,” said Hight. “I have thought about it before, that when it comes down to one run to win a championship – how will you perform? Will you choke or will you get the job done? My heart was beating out of my chest when I was staging the car, but we got it done and I am so excited and honored.” 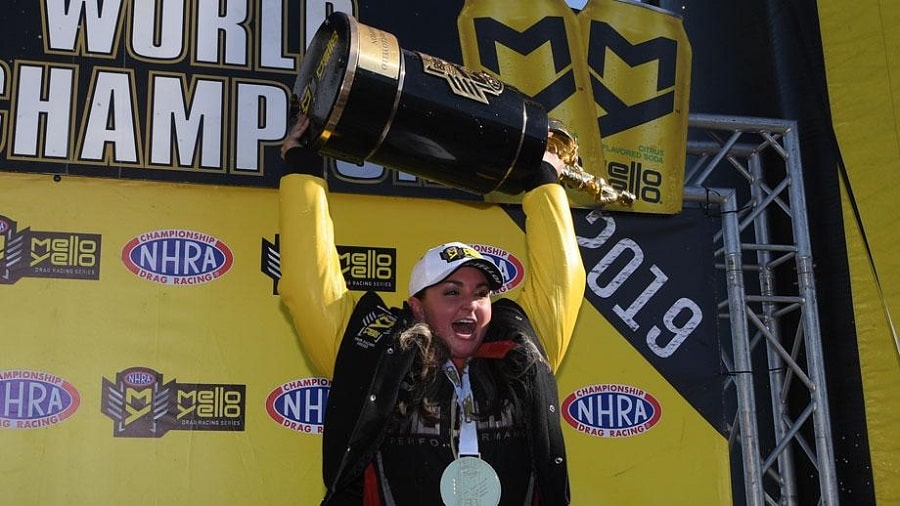 While the first two 2019 NHRA championships were won by frequent male flyers, the 2019 Pro Stock title went in a different direction. After racing past yet another well-known driver in Sunday’s second round, Elite Motorsports driver Erica Enders once again proved that she is a force to be reckoned with.

After defeating rival Greg Anderson in Sunday’s first round in Pomona. Enders put herself in a position to lock up her first championship in four years. Rolling up alongside the driver who stood in her way for her latest dream come true, Enders held her own and took down Chris McGaha with a .019-second reaction time as well as a holeshot victory by only .027-seconds.

“Although my first two championships were special, this one symbolizes a lot because of what my team has gone through and what I’ve gone through personally,” said Enders. “To know I am joining women like Shirley Muldowney and Angelle Sampey as three-time female world champions in the NHRA Mello Yello Drag Racing Series, there are just no words.”

We at RacingJunk.com congratulate all the 2019 NHRA World Champions and look forward to seeing what is next for each of these talented drivers.