While historic first-time wins were all the rage last weekend at the NGK Spark Plugs NHRA Four-Wide Nationals at zMAX Dragway, the next stop on the 2019 NHRA Mello Yello Drag Racing Series schedule would give three drivers a chance to add even more wins to their ever-expanding victory collection. Along with defending Top Fuel world champion Steve Torrence earning his second-straight victory in the last two weeks, 2016 Funny Car world champion ended a winless drought that goes back to the fall Charlotte event last season after defeating Tim Wilkerson in Sunday’s final round. Along with Torrence and Capps, Harley Davidson’s own Pro Stock Motorcycle driver Andrew Hines brought home the 100th win for the legendary motorcycle manufacturer at this weekend’s Arby’s NHRA Southern Nationals at Atlanta Dragway. 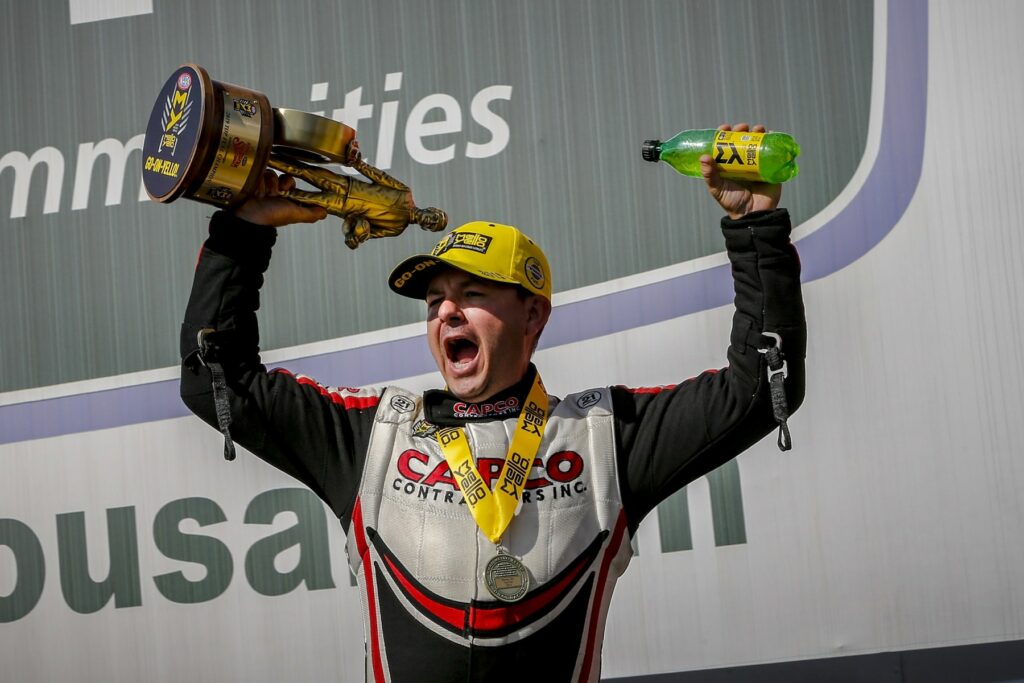 Although John Force Racing driver Brittany Force earned the No.1 Top Fuel qualifying spot at this weekend’s Arby’s NHRA Southern Nationals, the 2017 Top Fuel world champion would have to take down the reigning champion in Sunday’s final round.

Despite it taking the Texas native six tries to win in 2019, Steve Torrence seemed to find his spark after his second clean-pass in two weeks earned this driving force yet another victory in Georgia and made him the first racer to win twice in Top Fuel this season.

“It felt good to once again battle against Brittany,” said Torrence. “Although she was literally a Force to be reckoned with throughout the weekend, I had confidence going into the final round thanks to having lane choice as well as having the car that my hard working Capco Contractors team gave me; I knew that we could pull off yet another victory.”

Thanks to yet another win, the defending champion extended his lead in the Top Fuel division to 96 points over Brittany Force as the NHRA tour moves to Richmond. 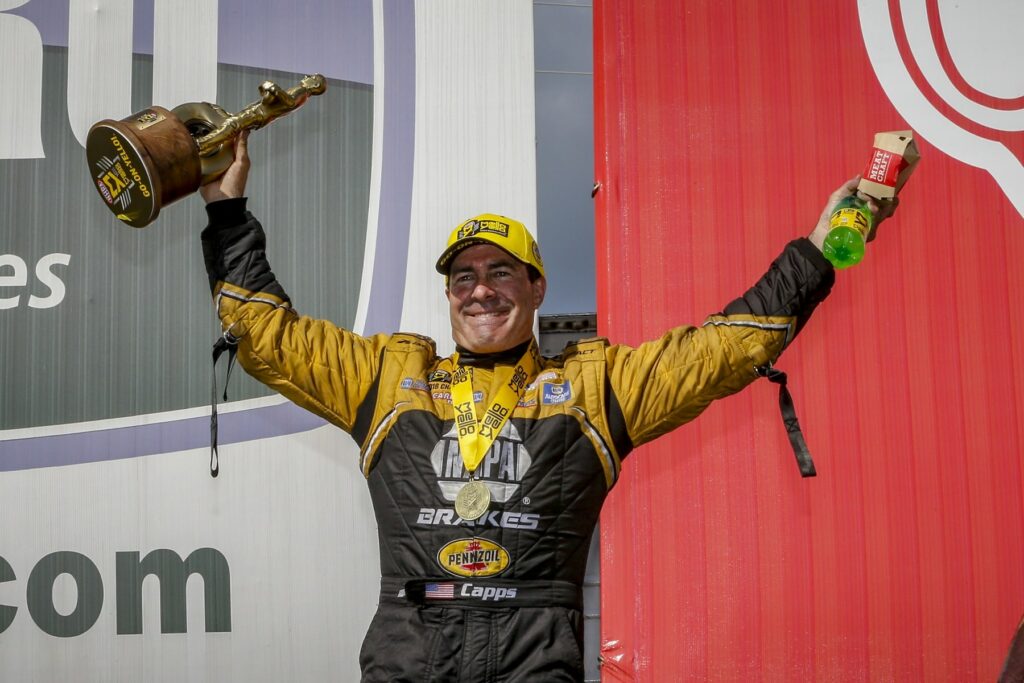 Although Torrence earned back-to-back victories this weekend, Don Schumacher Racing’s own past Funny Car champion ended a drought that goes back to the fall Charlotte event last season after racing past teammate Tommy Johnson Jr. in Sunday’s semifinal round to reach his first final round in 2019.

After moving on to the final round, Capps earned his 62nd NHRA win when he got the jump at the starting line and hung on to defeat Tim Wilkerson.

“This was definitely an eventful weekend,” said Capps. “We actually started this weekend off struggling, but as the track conditions changed so did our confidence as well as our runs. This and my whole team working to give me the best car possible is what finally got us yet another victory.” 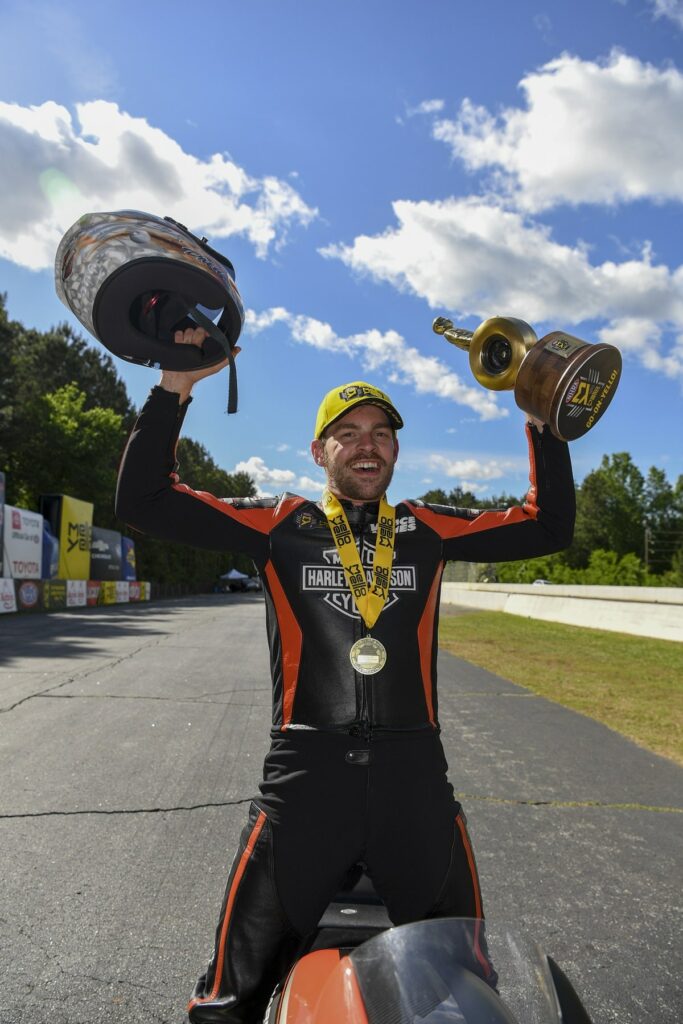 The seventh of 24 races on the NHRA Mello Yello Drag Racing Series schedule. It’s his 51st win and third of the season in the Pro Stock Motorcycle category also gave Harley Davidson its 100th win in NHRA competition. Thanks to sponsored driver Andrew Hines earning his 51st victory, with a 6.865-second against Jerry Savoie in Sunday’s final round this team and driver continued to prove that they are continuing to be the best in the category since 2004.

This win also gives Hines and his team a 78-point lead going into Virginia.

The 2019 NHRA Mello Yello Drag Racing Series season continues with the Virginia NHRA Nationals at Virginia Motorsports Park (May 17-19) in North Dinwiddie, VA. Stay tuned to RacingJunk.com for all your NHRA coverage!