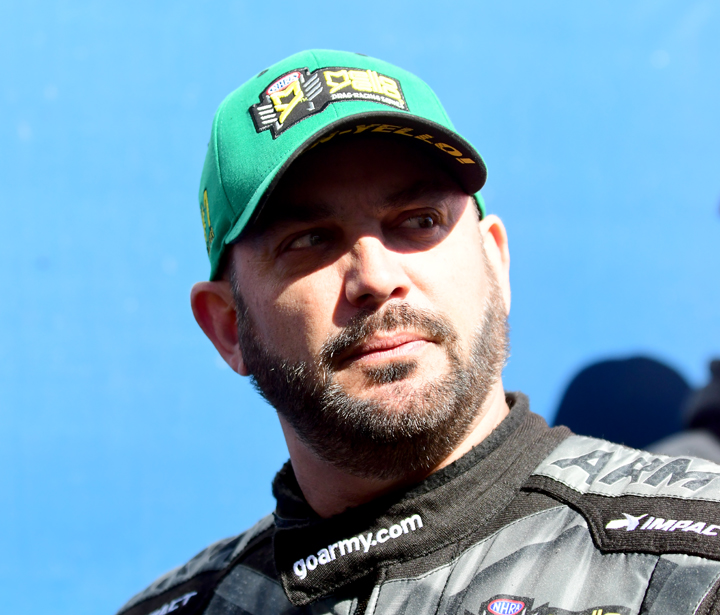 This year’s quest for the NHRA Mello Yello Top Fuel title looks like a runaway – at least in this “regular” season that closes (as do Funny Car, Pro Stock and Pro Stock Motorcycle) after the Chevrolet Performance U.S. Nationals on Labor Day weekend – for 2018 champion Steve Torrence and his family’s CAPCO Contractors dragster.

After a slow start to his campaign, the Texan is on a mid-season tear and has notched five yellow winner’s hats and Wally trophies in a row, stopped from getting six straight by Mike Salinas, who is also an independent operator in a series that has been dominated by larger teams. That Torrence, Salinas, Clay Millican and Terry McMillen are firmly in the hunt for top-10 results leading up to the six-race Countdown to the Championship speaks to the health of NHRA’s product. 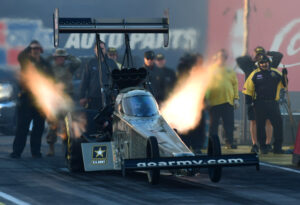 But still, something’s missing. Last year Torrence had to battle until the season finale in order to claim his championship, hounded by eight-time Top Fuel titleholder Tony Schumacher until the final day, despite sweeping all six Countdown battles.This year, he doesn’t have Schumacher’s intensity to keep him honest, although he does have Doug Kalitta, Brittany Force, Antron Brown, Salinas, Leah Pritchett, Millican, Richie Campton, McMillen and rookie Austin Prock all looking to take him down.

Schumacher’s plight, sitting out competition through the first half of the year is due to a lack of sponsorship. After the U.S. Army announced at mid-season in 2018 that they wouldn’t be returning, Don Schumacher Racing (DSR) worked to find a comparable entity to take over the reins of “The Sarge’s” car. That’s not easy, as DSR’s marketing department quickly discovered.

DSR wanted to find a partner who would engage, as Army had, with the entire team, with Tony Schumacher and with the multitude of fans who sweep into each of 24 events. Army’s recruitment efforts at NHRA events were legendary and brought the service group positive results. The decision to leave was a bean-counter offensive and, while Army has been present at other sporting events, they haven’t pushed hard as they did with NHRA and Don Schumacher Racing.

Tony Schumacher made it clear that he wanted to race as a partner to an entity, not just fulfilling obligations. Look around the NHRA pits and see how the bigger teams like DSR, John Force Racing and Kalitta Motorsports interact with their partners and how they’re part of the teams. That’s what Schumacher was looking for. And still is looking for. There was talk, earlier in the season, that a partner had been found; it didn’t happen. DSR had to go back to square one. 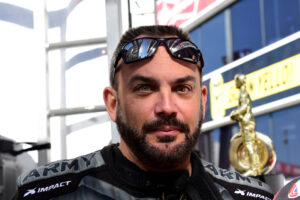 Lately there hasn’t been much talk about Tony Schumacher or his near-ninth title in 2018. He’s become an after-thought, not making his appearances at the track or on the track. And that’s almost criminal. Fans need the best of the best to cheer and, occasionally jeer. There has been talk about Schumacher appearing at Indy, arguably the biggest race of the year for a one-off. Would he have Schumacher Electric sponsorship on his dragster? Would it be someone else interested in a full-season run in 2020?

However a return to competition occurs, it can’t happen too soon. Tony Schumacher is a missing cog that keeps Top Fuel exciting. And keeps guys like Steve Torrence honest. The sport really needs him.