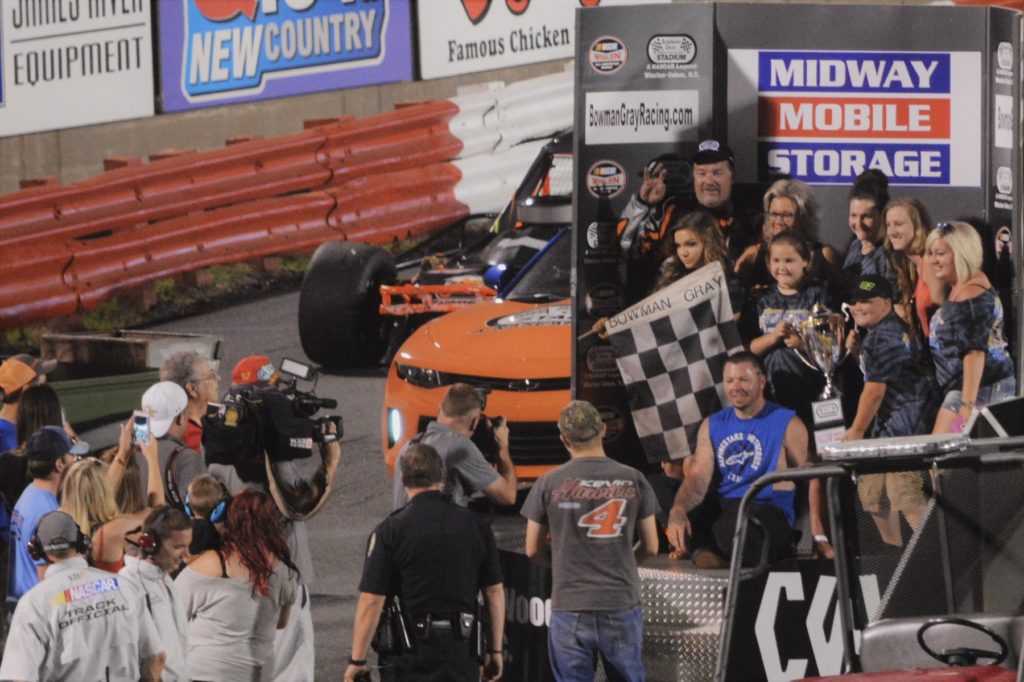 While we could spend our Memorial Day weekend at any race track in the country, we at RacingJunk decided to give a few props to the hometown heroes of this sport by making a pit stop at one of the most historic short tracks in the country – Bowman Gray Stadium – for the Sportsman 100.

Featuring the warriors of the late model series at the famed ¼-mile, this event is the largest and longest for the Sportsman Series. Led to the wave of the green flag by 2016 race winner Tommy Neal, the 17-car field would continue to follow the No. 21 of Neal throughout each of the 100 laps of this race.

Despite the waving of several caution flags, including a three-car pile-up that would end the night early for NASCAR K&N East Series driver John Holleman IV, as well as continued bumper to bumper challenges from one of the Sportsman Series’ most popular drivers (Derek Stoltz), Neal would bring home his fourth Sportsman 100 win.

“I am so grateful to my team and everyone else involved for this win,” said Neal. “I also thank drivers like Derek Stoltz for driving me clean versus taking the opportunity to take me out for the win.”

Although the driver that they call Primetime, who you will learn more about in the near future, received his claim to fame at this track by doing what it takes to win in past races, the current Sportsman point leader said that he knew Neal deserved to win this race.

“I didn’t have any brakes after lap 75,” said Stoltz. “I kept having to pump the brakes just to hang on, and although I almost made my way past Neal, in the end he had the faster car and deserved to pick up the win tonight.”

Along with Stoltz, who was hoping he could pass Neal for the win on Saturday night, Holleman said he was also disappointed with both his crash and poor finish in one of the most important races of his 2017 season. 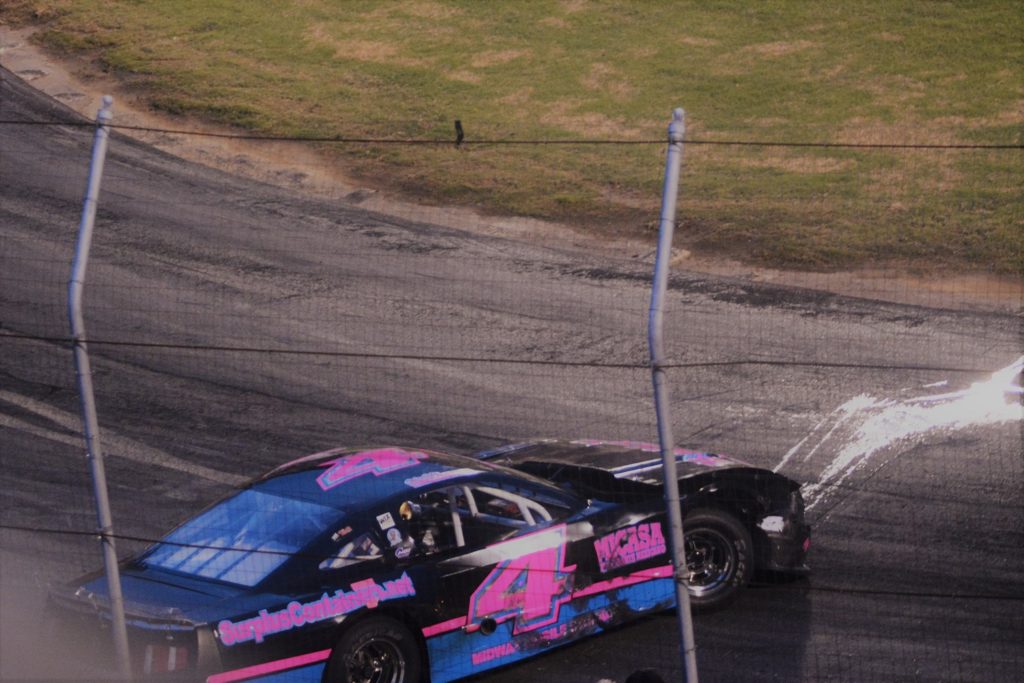 “Nothing we could do differently tonight,” said Holleman. “I beat the man on the outside getting into Turn 1 and we got door slapped and then got the radiator busted. Hats off to my crew for working their butts off on this thing. Just part of racing! We’ll take it on the chin and bring her back better next week.”

The weekend warriors of the Madhouse will resume racing next weekend at Bowman Gray Stadium.  For more information on this legendary short track, visit bowmangrayracing.com.