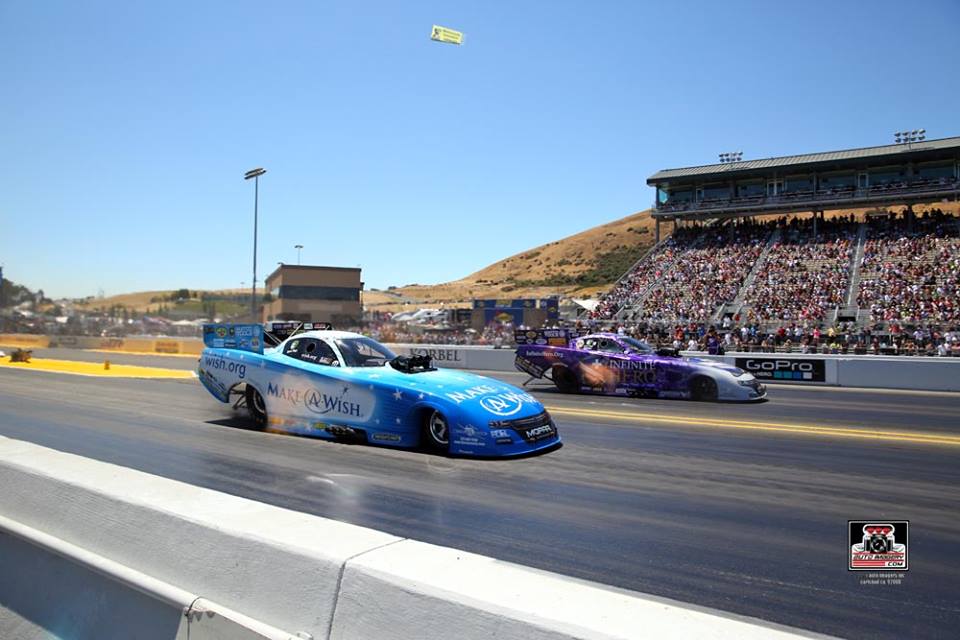 The Toyota Sonoma Nationals produced exceptional sea-level ETs, qualifying in the No. 8 position with a pass 3.903 seconds racing his Don Schumacher Racing teammate, Jack Beckman first round.  Johnson ran a time of 3.988 seconds, but Beckman was quicker, taking the round covering the distance in 3.921 seconds.  Now the Western Swing reaches its final race at the Pacific Raceways in nearby Seattle for the Protect the Harvest NHRA Northwest Nationals where Johnson is the defending champion winning on a hole-shot over Del Worsham in 2015.

“Yeah, it was little frustrating but the car actually ran well all weekend.  It made some nice runs, but the competition is so tough nowadays any little hiccup and you’re going home.  It’s funny; it dropped a cylinder first round and ran a 3.98 for most of the run on seven cylinders.  It was barely more than a year ago that we were having a hard time getting them to run a 3.98 on all eight cylinders just shows how much the performance has improved in just the last year. 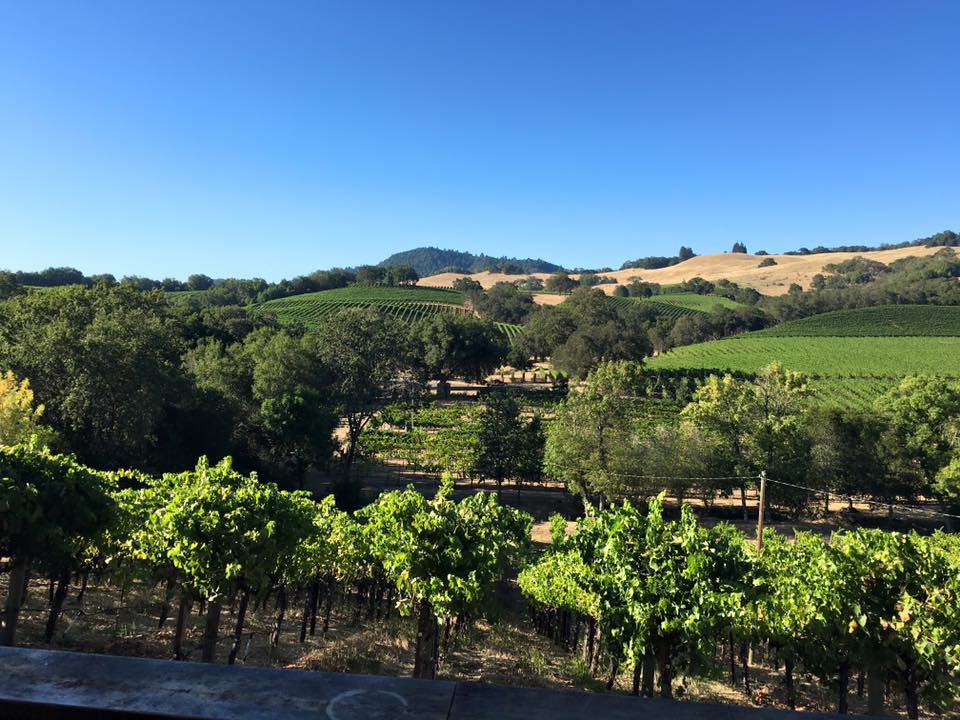 It was an interesting Friday night and we knew the conditions were going to be good.  They were changing so fast.  While we were sitting in the staging lanes, it was cooling off very quickly.  The car got down through there then the engine went lean for just a second and it pushed the head gasket out.  I knew what it was seeing the green fire that it was for sure a head gasket.  At that point, you’ve got to make the call to whether you stay in it or not.  It wasn’t nosing over, it was still pulling and running pretty good, so we were close, but it didn’t make it and ran it through the lights.  We ran a 3.90 at 321 mph with our problems was a good run.  It’s unfortunate because I felt we would have run in the 80s.  It was a track record for at least a few pairs.  It just goes to show you how tight the competition is.  We ended up qualifying No. 8 at 3.90 and a year ago, a 3.90 would have been a tenth of a second ahead of everybody. 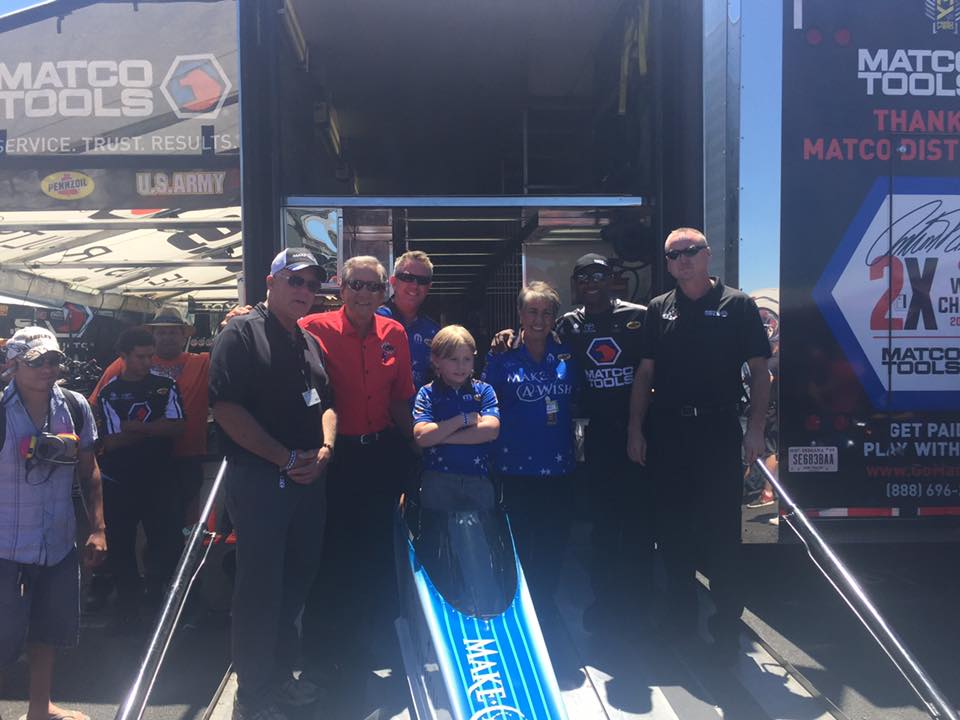 On Saturday at Sonoma with Terry Chandler sponsoring the Make-A-Wish Funny Car, we get to do some really great things for some really great people having the kids come out every Saturday.  To be involved in an actual wish being granted is an unbelievable experience.  This time we honored 7-year old leukemia patient, Guy Brizzee.  To see his face light up when his wish was granted of wanting to be a race car driver was so heartwarming.

The whole team came together for it.  Antron Brown and Brad Mason, who works on Antron’s car, have kids that race Jr. Dragsters.  Brad brought out his daughter’s car and we had Guy out there on Thursday.  He was thinking that was his wish to race the car at the track then.  Actually, it was our plan to get him used to the car and Antron and Brad did a great job teaching him.  They got him up to speed driving the car, but he didn’t know his actual wish was being granted until Saturday.

He made a run in front of the crowd on Saturday and to see the spectators support was incredible.  The entire grandstands gave him a standing ovation and it’s a tribute to our whole sport in what Terry Chandler is doing paying it forward, as she does.

It was so cool to have the fans come by the pits to tell us, it was the greatest thing they’ve ever seen at a dragstrip.

Now, we’re heading to Seattle after spending a couple of extra days to relax in Sonoma.  This swing can be a tough grind, so it’s nice to be able to take a day off here and there to recharge your battery and get ready to go.  It’s great to go back because we won that race last year and now it’s time to defend that title, but there’s a little bit of sadness in it as well.  It’s the home of Mark Lyle, the NHRA starter that passed away.  It’s going to be a tough weekend for a lot of people and I’m looking forward to Thursday night.  We’re having a memorial for Mark at the track.

What a great guy he was and how much he’s missed.  I talked with his wife, Marcia, in Sonoma, and looking forward to seeing her again this week.  It is a great family and we will get up there and see if we can’t win Seattle again in Mark’s honor.  We took a picture together last year in the winner’s circle and I wish we could do it again but we’ll go up there and do it for him.”