Kalitta Motorsports Funny Car driver J.R. Todd did what few drivers have had the ability to this weekend at the 30th annual Toyota NHRA Sonoma Nationals, at Sonoma Raceway. 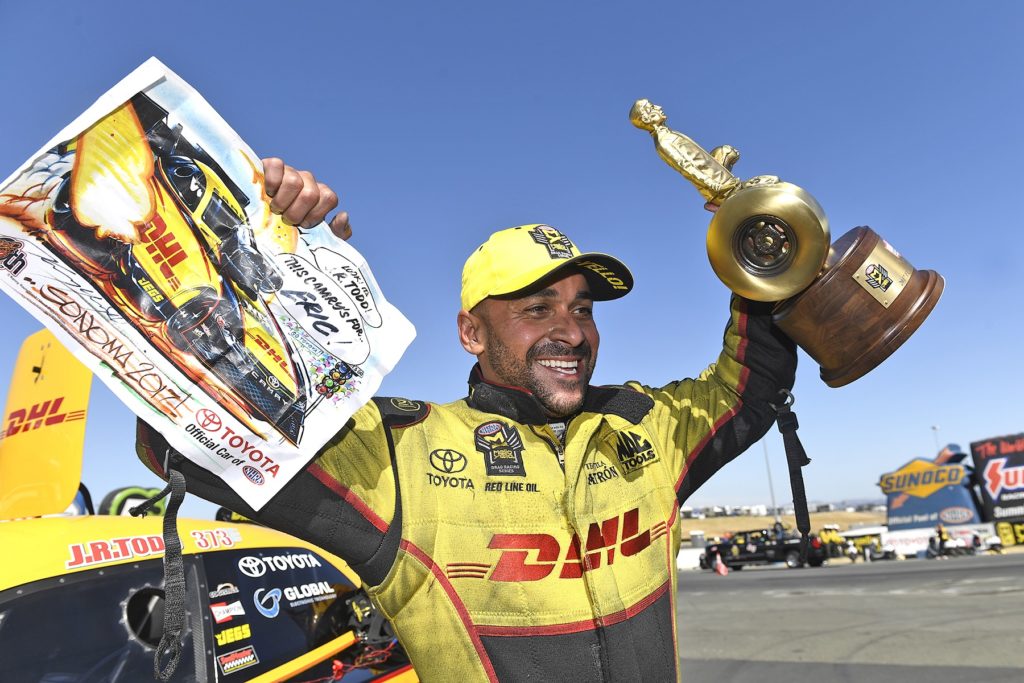 After powering past his teammate Alexis DeJoria as well as 16-time world champion John Force and Jack Beckman, J.R. Todd moved on to face Tim Wilkerson in his Levi, Ray & Shoup Ford Shelby Mustang in Sunday’s final elimination round. After Wilkerson’s ride went up in smoke, J.R. Todd picked up his first Funny Car win with a 4.049-second pass at 323.27 MPH in his DHL Toyota Camry. This win put the 35-year-old driver in the history books as the first African-American to win in the NHRA Funny Car Category. The Lawrenceburg, Ind. native also became the second driver in NHRA history to win at Sonoma Raceway in both nitro categories; the first was Don Prudhomme.

“We have been struggling so bad this season, so I am happy to have this Funny Car win,” said Todd. “I was able to win here last year in Top Fuel, and to be able to come back and do it again in Funny Car is pretty special.” 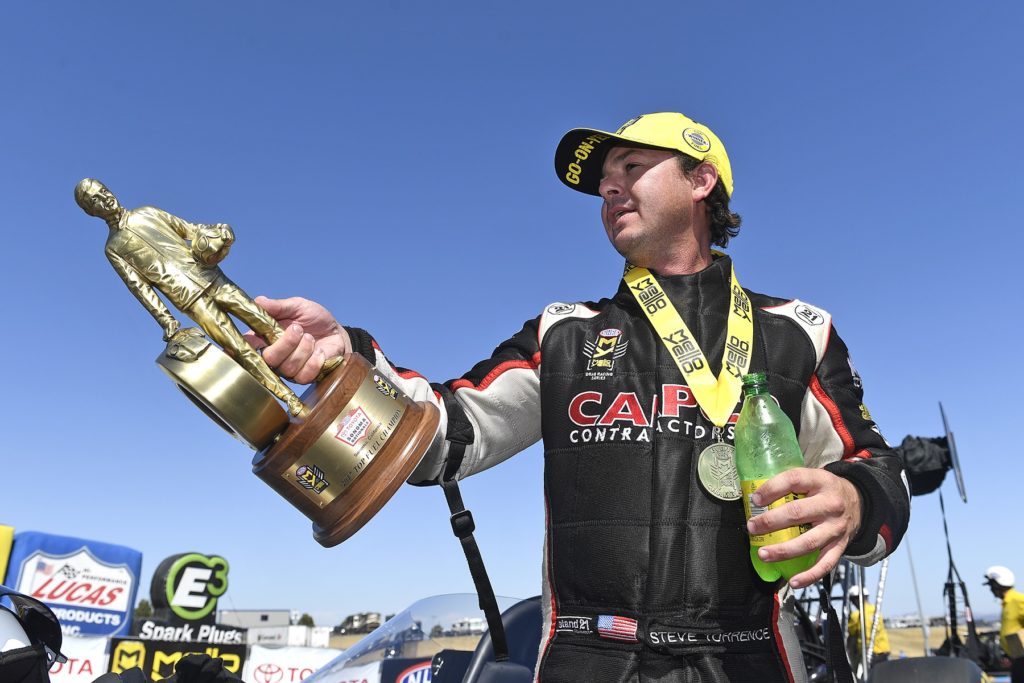 Todd wasn’t be the only driver to make history in Sonoma this weekend. After already racking up more wins than any other Top Fuel driver this season, Steve Torrence powered past world champion Antron Brown for his sixth win of the 2017 season.

“It’s basically been just a dream season,” said Torrence. “At the end of the day, it’s just a testament to my guys. We will continue to do what we’re doing, and we will do what we’ve done to get here.” 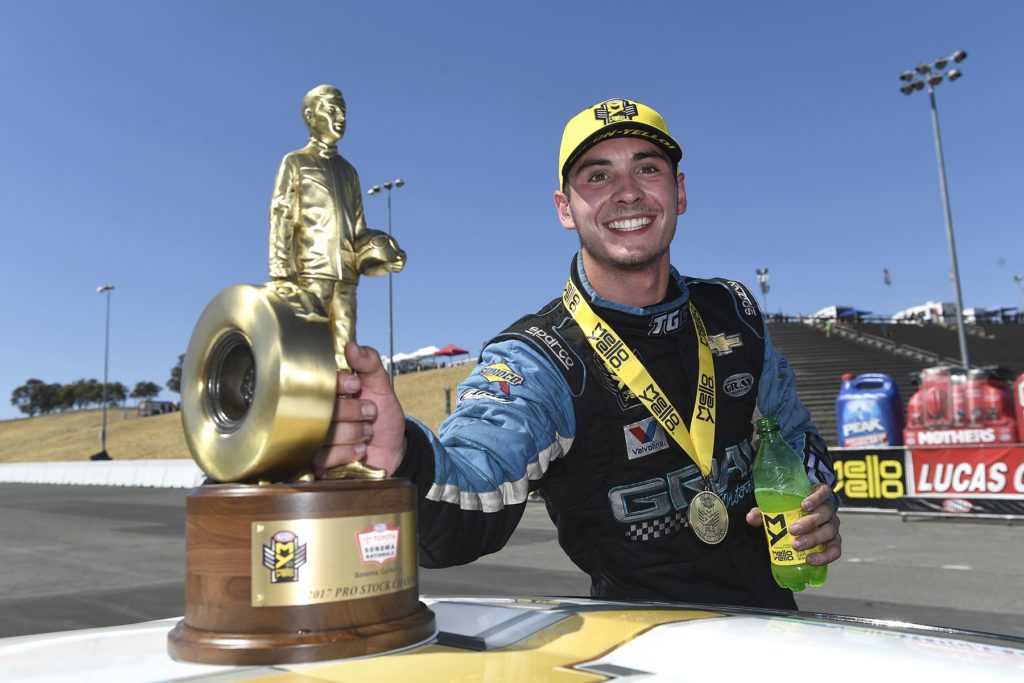 Pro Stock driver Tanner Gray also racked his third win of the season in Sonoma after once again powering past points leader Bo Butner in Sunday’s final elimination round. Gray, who qualified in the fifth position, battled past Alan Prusiensky, defending world champion Jason Line,# and No. 1 qualifier Drew Skillman before facing off against Butner.

“I am so proud of my guys,” said Gray. “This is the best I’ve seen them run the car. We still have to go back and keep working, though. If I can go into the Countdown [to the Championship] in the top three, then you have a legitimate chance of winning the championship, and this is what my focus is on now.”

Despite his runner-up showing, Butner continues to keep a dominating points lead over Greg Anderson and Tanner Gray.

The 2017 NHRA Mello Yellow Drag Racing Series season continues next weekend with the NHRA Northwest Nationals at Pacific Raceways, Aug. 4-6. Stay tuned to RacingJunk.com for all your NHRA coverage!