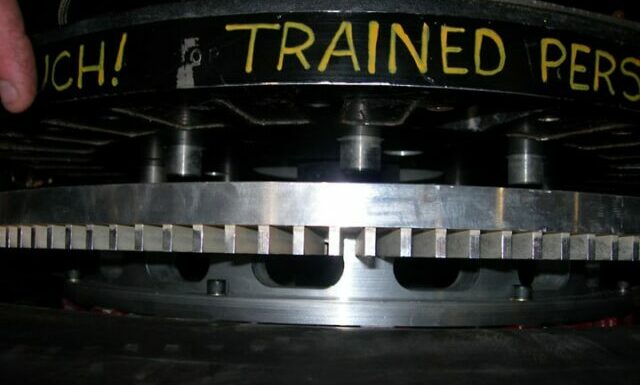 Jessi Combs lost her life while driving the North American Eagle, a machine I first saw during a June 2006 event at Autobooks Aerobooks in Burbank, Calif. At the time the former Lockheed F-104A Starfighter jet (56-0762) had yet to turn a wheel as a land speed record attempter, but it was mighty intriguing standing still. 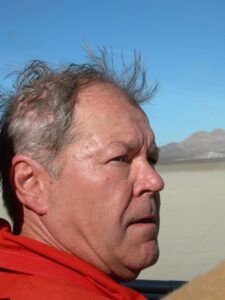 Its fuselage bearing the names of pilots that had flown the machine before it became wingless – including Chuck Yeager – the machine had mighty credentials from the legions of post-WWII experimental pilots who occupied the skies above Southern California as they trained for missions yet to come.

While I haven’g kept up with North American Eagle since the first time it attempted to run at El Mirage dry lake in November of 2006, I did note one of the more intriguing aspects: it had magnetic braking from dual suppliers Magna-Force and LevX. These two developers of magnetic couplings had the system mounted on F-15 wheels and incorporated three hydraulic cylinders that moved the magnetic packs in and out.

The magnetic braking system was fascinating to read about even before it ran. It used high-powered rare earth magnets made of Neodymium iron boron that moved across a non-ferrous material like aluminum, which caused eddy currents to develop and gave it resistance. The resistance was used to bleed off kinetic energy in the aluminum wheels which, the Eagle builders said, would spin at 8,700 rpm when North American Eagle reached 800mph. 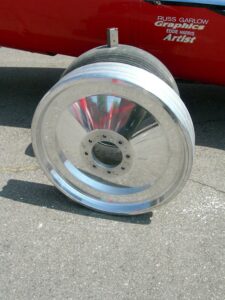 In that initial test at El Mirage, I recall that the North American Eagle made a single run across the dry lake, not terribly fast but a good first step. That Jessi Combs was attempting to reset Kitty O’Neil’s 512-mph women’s record when she perished in the former airplane tells me a lot has transpired since we first met.

Although both Jessi and former owner-driver Ed Shadle are both gone (he died after battling cancer in 2018), no doubt the North American Eagle will live on. The 45,000 horsepower missile has a crew dedicated to breaking limits and will no doubt this Eagle will ride the lakebeds again some day.