While the month of October probably has your little ones dreaming of dressing up as their favorite super hero, your friends here at RacingJunk.com and throughout the motorsports and automotive worlds are celebrating a different type of warrior. For those of you who have not been affected in some way by Breast Cancer, it is only a matter of time before someone you are connected to is diagnosed with this awful disease. According to recent statistics approximately 1 in 8 women will be diagnosed with breast cancer in their lifetime and 1 in 39 women will die as a result.

In order to assure that we are all celebrating more survivors than ever before, companies like Ford Motor Company have dedicated the month of October to those who have been touched by breast cancer through their Warriors in Pink Campaign.

Along with Ford, the powers that be at Chevrolet are continuing to do their part to end lives lost from this disease with the company’s newest iDriveFor Campaign, which involves sharing the hashtag #iDriveFor on Twitter or Instagram in the month of October to raise a goal of $220,000 for the American Cancer Society. 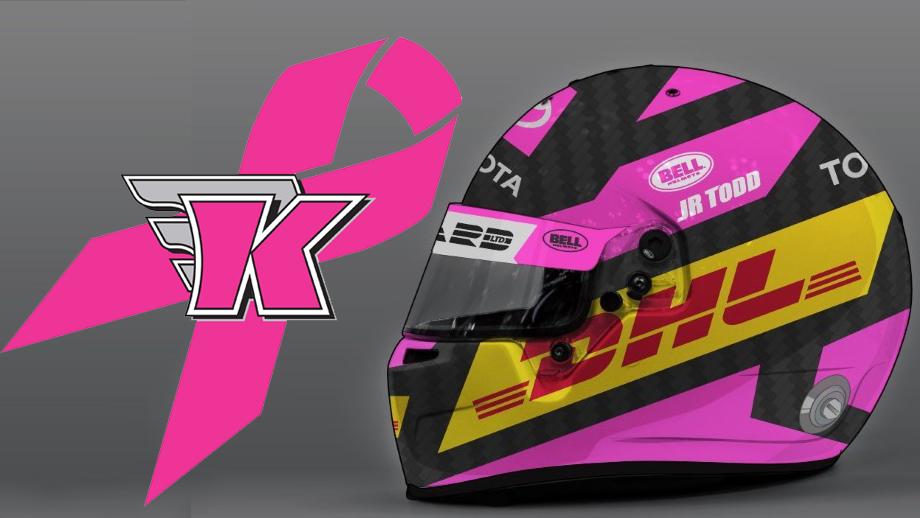 Drivers in both NASCAR and the NHRA are also doing their part to salute these brave warriors by showcasing various paint schemes on their race vehicles.  While companies like Dirt Co. donate a portion of the proceeds from certain products (like these socks) to foundations supporting research and awareness.

We applaud all of these efforts to celebrate Breast Cancer Awareness Month, and want to celebrate the fight against breast cancer in a more personal way.

Many women (and men) in our community have survived this disease, and many others have lost loved ones to it.  So, to help raise awareness, we want to help you share your Breast Cancer Survivor story to comfort and inspire those fighting.

For example, Behind The Wheel diva Lea Martinez, who was diagnosed with ductal carcinoma in 2007. Following this diagnosis, the hard-working motorsports phenom and mother of two decided to fight the one thing that attempted to take her away from every dream that she had. Today, this encouraging survivor shares her comeback story with others who are taking on the Breast Cancer beast to inspire them to face this battle head on and help others when they win.

Martinez is not the only heroic Breast Cancer Survivor story that we have had the opportunity to tell. For those long-time fans of this site, you may also be familiar with the name Sharon Dubois.

This recent Breast Cancer Survivor was a born adrenaline junkie that developed a passion for two-wheel driving after taking a Harley Davidson learn-to-ride course. Before long, Sharon and her husband were taking their new Night Rod Special to American Motorcycle Racing Association (AMRA) races in Kentucky.

After being diagnosed with cancer last year, Dubois had to take a break from racing for a while and is now recovering from reconstructive surgery and is also doing her part to help other Breast Cancer Warriors have hope during their battle.

Hearing about Martinez and Dubois stories can be a way to inspire people to get tested early, to fight, and to support efforts to combat and eradicate this cancer.  We are a community of motorsports enthusiasts, and we are here for each other. And we know there are more people out there who are fighting, who are supporting loved ones in the fight. Your story may inspire someone else who needs the boost to keep going, to reach out, to find support, to feel less alone.

Feel free to email us at [email protected] or tag us on social with #breastcancerawarenss and #racingjunk to share your story.