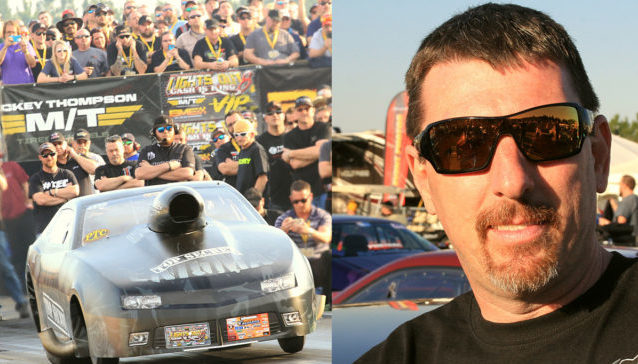 Keith Haney will throw the keys to his ‘Enigma’ Chevrolet Camaro to a very special driver for the Mid-West Pro Mod Series in the Heads-Up Hootenanny event next weekend at Gateway Motorsports Park. The driver will be non-other than ‘Daddy Dave’ or David Comstock, star of ‘Street Outlaws’ on discovery channel. Dave will race the ‘Enigma’ in the Radial vs. The World class.

“Keith Haney Racing decided to shock the world,” Haney said. “I’m coming to St. Louis, not only to drag everybody’s asses with (Pro Mod car) ‘Notorious,’ but I’ve decided to give something back, not only to the series but to the fans. Daddy Dave, Street Outlaw, will be driving Enigma in Radial vs. The World.”

“I’m excited about getting back into a nitrous car,” Comstock said. “I haven’t competed against those boys like Mills and Mark Mickie and Woodruff. My personal car isn’t fast enough, so it’ll be really, really exciting to see how I match up to the pros in Radial vs. The World. 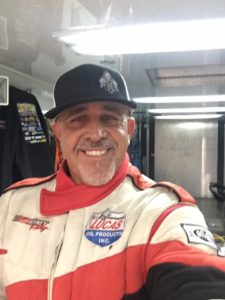 “I was sitting at the kitchen table, and Haney called me and asked me if I wanted to drive Enigma. I agreed, so I’ll grab my helmet and my suit and drive to St. Louis. We might have to modify the car a little bit because he’s 4-foot-nothing, and I’m 6-foot-2. We may have to take the wooden boxes off the pedals. ”

Brandon Pesz drove Enigma in the Radial Revenge Tour race at Osage Casino Raceway Park last weekend, but Pesz can’t attend the Gateway race. Haney then turned to Daddy Dave. “All Keith Haney Racing fans and all Daddy Dave fans, you better pack a lunch head out because he’s going to come out here and drag everybody’s asses with Enigma,” Haney said. “Remember, the name on the side of that car is ‘You Know My Name,’ and it’s only one thing, Enigma. Daddy Dave’s driving. “All you Street Outlaw fans and all you drag racing fans, if you want to meet Daddy Dave, buy some t-shirts, support him and support drag racing, you just come on out. Keith Haney Racing’s bringing the show with them.”

A change of pace new feature of the Mid-West Pro Mod Series is that points accumulated through the four classes will be awarded to the owner, not the driver. Pesz made it to the final of the Radial Revenge Tour before it was rained out, so KHR sits second in RVW points. “I’m a team owner, so I own the points,” Haney said. “It doesn’t matter who I put in the race car. Those points go with me.” 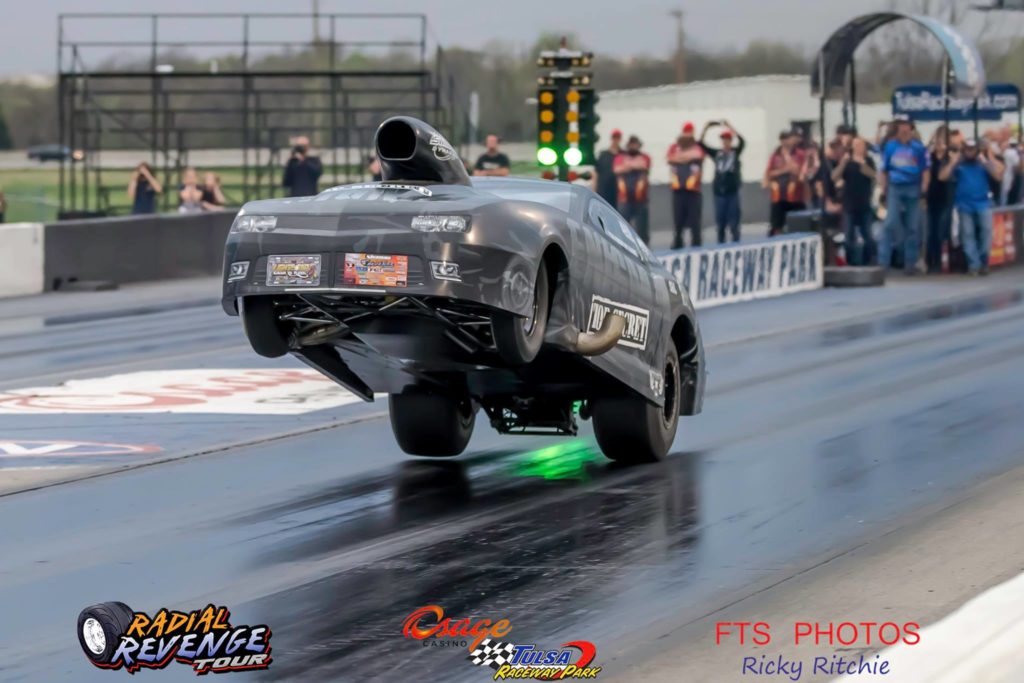 For fans who can’t attend the race in person can still watch the race live on BangShift.com, part of the coverage of the new Mid-West Pro Mod Series.

Haney will also drive in the Hootenanny race, as he will be behind the wheel of his Lucas Oil/RacingJunk.com Chevrolet Camaro in the Pro Mod class.
“Now it’s time to bring Notorious out,” Haney said. “I did update the motor, and we haven’t had it down the race track yet. We’ve got a bigger motor in it that what it had in it last year. I’m excited to get back in Notorious. That’s my baby.”