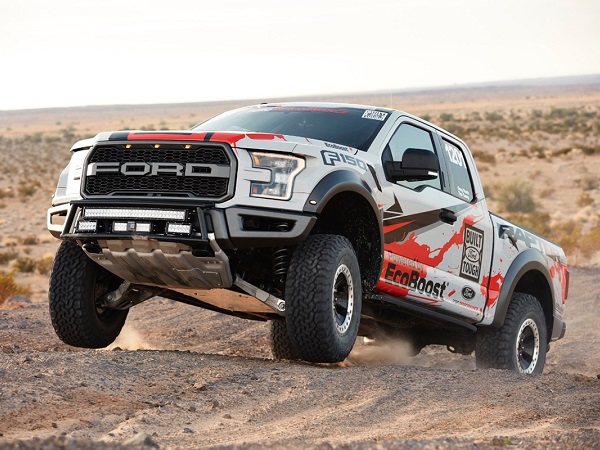 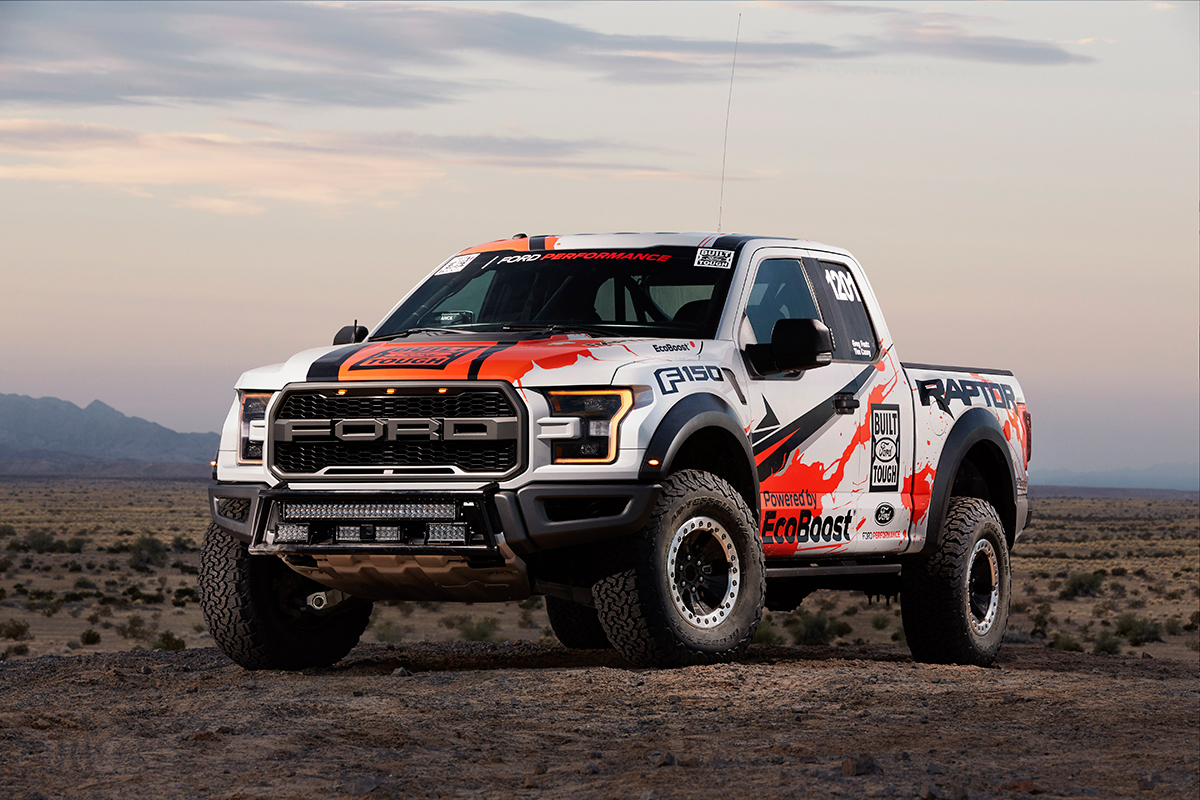 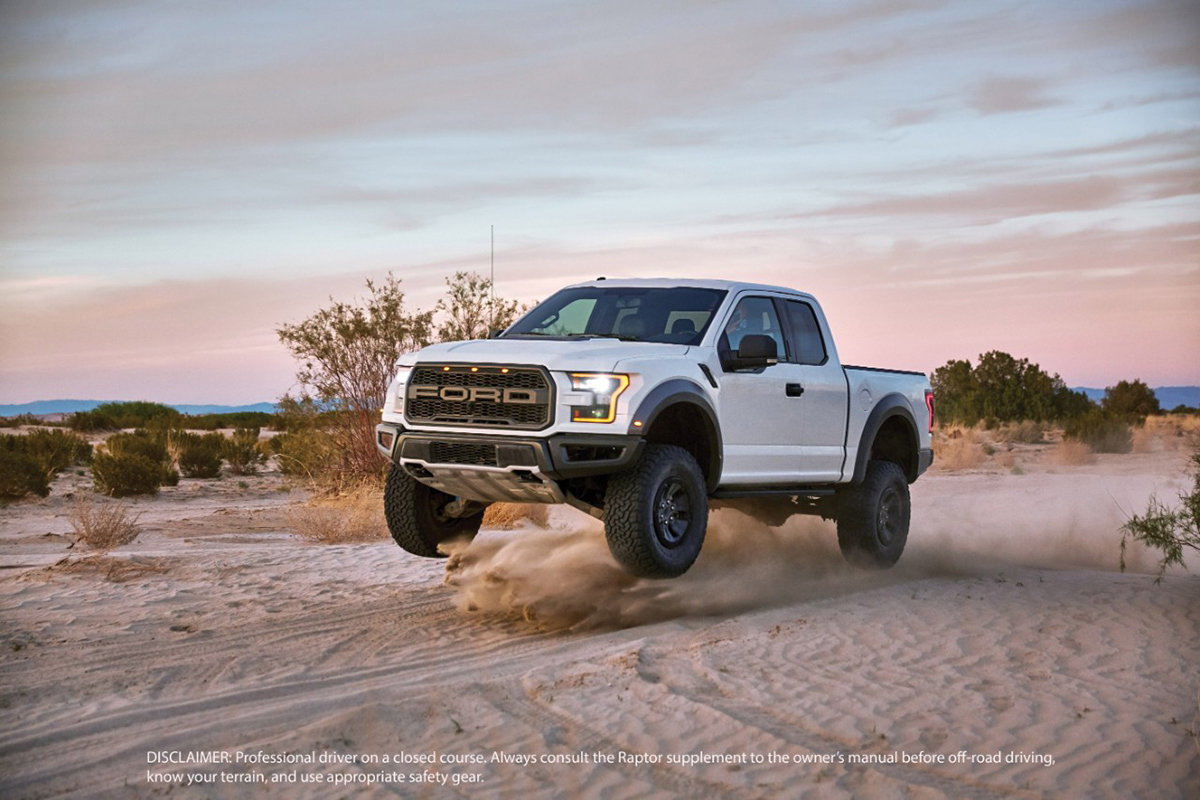 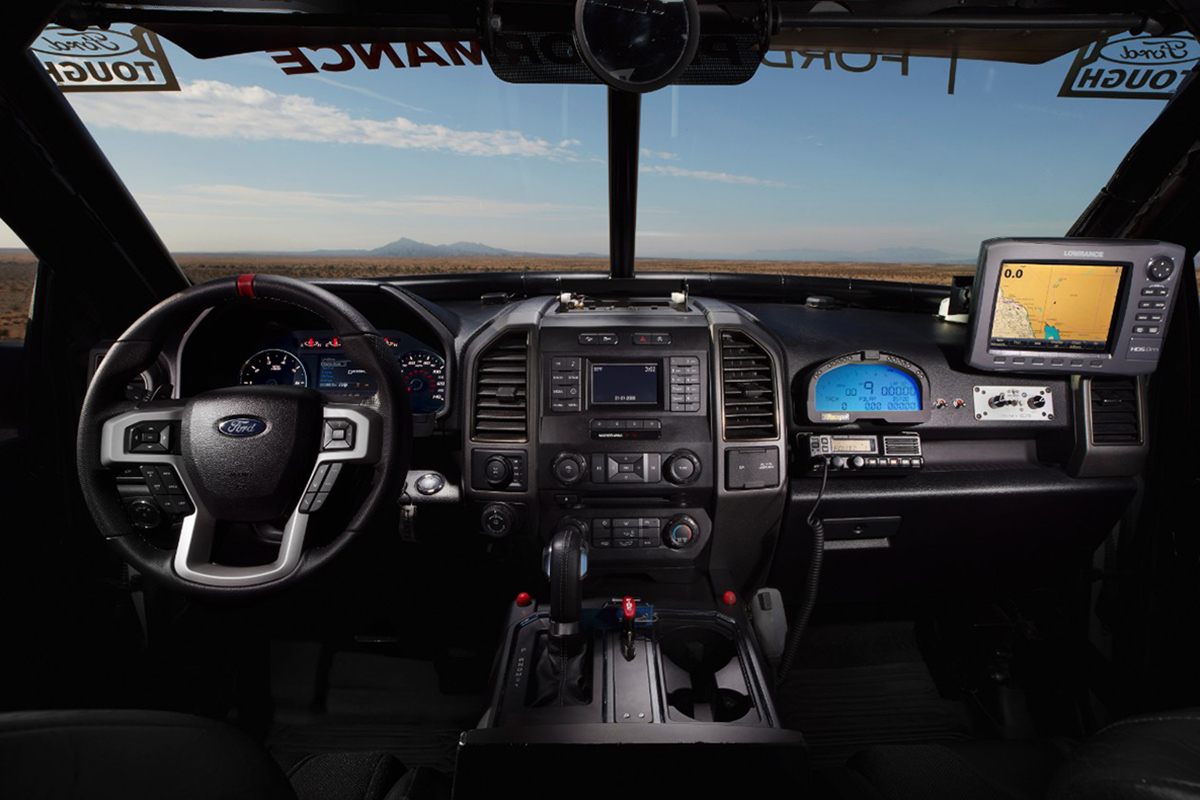 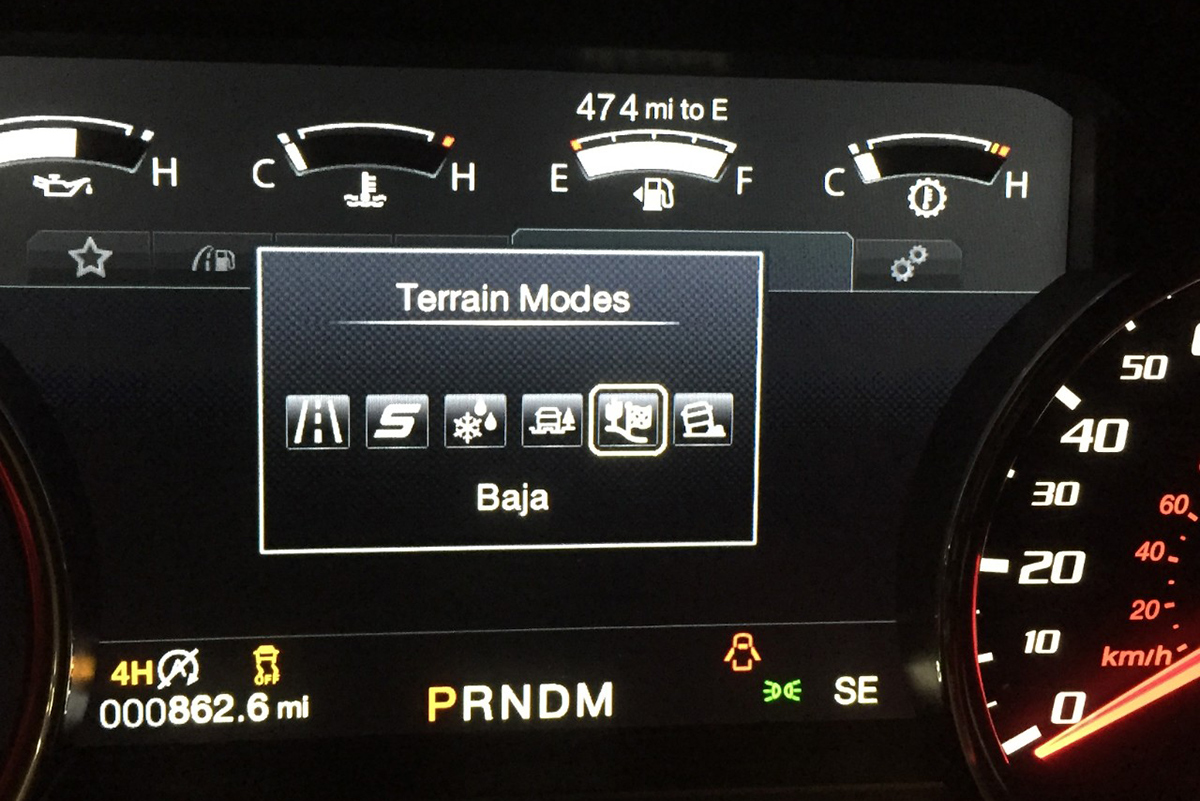 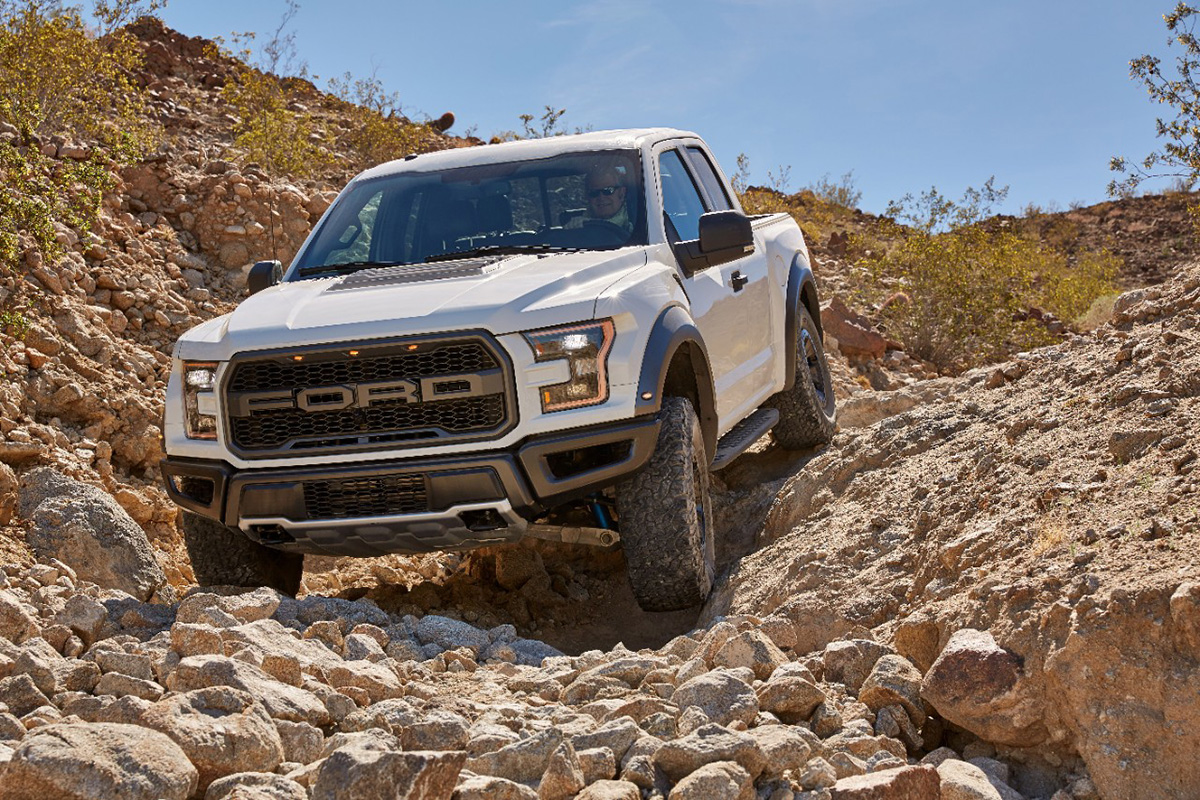 The Ford F-150 Raptor is Ford’s top of the line off-road version of their long-running F-Series pickup line. The Raptor is one badass factory off-road vehicle. How badass you ask? Well, a factory fresh and stock unit recently competed in the world famous Baja 1000 race. Not only that, it placed third overall in the stick full class competition. After that, the team who drove it threw their tools and equipment in the back and drove it home to their shop just outside Phoenix.
Ford touts the 2017 F-150 Raptor as the smartest, most capable and toughest Raptor ever, and that’s saying something considering what they’ve put together the last few years. Ford Performance wanted to make sure they had put together the best off-road truck they could, so they gave a pre-production unit to off-road giant Greg Foutz to put through its paces in Baja. 850 miles of rock, sand, dirt, potholes, and overall abuse later, their proof was in the pudding of Greg standing on the podium to receive his third place honors.
Foutz's finishing time was a respectable 35 hours, 59 minutes, and six seconds. Foutz told reporters, “That’s why the new Ford F-150 Raptor is badass! It’s a race-proven off-road monster that can race off-road an entire weekend, then take you and your friends on a road trip the next day. That and the $49,520 starting price make it a clear winner on the showroom floor.”
The 2017 Raptor is powered by a new high output 450 horsepower and 510 pound-feet 3.5-liter EcoBoost™ V6 engine. Backing that up is a brand new ten-speed automatic transmission built by Ford. The Raptor rolls stock on BFGoodrich All-Terrain KOZ tires. It uses factory adjustable off-road springs and Fox Racing shock absorbers. These were slightly adjusted to compensate for the added weight of the rollcage and puncture-resistant fuel cell they used.
The Raptor makes use of the all-new military grade aluminum alloy body, which delivers significant weight savings. Most of the weight saved by the aluminum body went into strengthening the frame, made from high strength steel. To keep you safe and in control in extreme off-road situations, it also comes standard with an all-new Terrain Management System™ with six modes and a transfer case that offers advanced torque-on-demand four-wheel-drive.
The only things that were different from the truck you can soon buy at any Ford dealer were the racing fuel cell, a Chromalloy steel safety cage, and racing seats and harnesses required by SCORE for safety reasons. Foutz made use of the factory satellite radio, windshield, and even the factory air conditioning.

We’d say Ford succeeded in validating the design of the new Raptor. If it can tame the likes of the SCORE Baja 1000 it shouldn’t have any problems with anything you can throw at it. What do you think?
Back to Post
About Mike Aguilar 388 Articles
Mike's love of cars began in the early 1970's when his father started taking him to his Chevron service station. He's done pretty much everything in the automotive aftermarket from gas station island attendant, parts counter, mechanic, and new and used sales. Mike also has experience in the amateur ranks of many of racing's sanctioning bodies.