Pennsylvania has officially declared Sept. 28 ‘Motorsports Day,’ in a move to recognize the importance of motorsports to the state. Last week, in Harrisburg, Pa., the United States Motorsports Association (USMA) hosted its first Motorsports Rally. John Payne, State Representative and head of the Motorsports Caucus, recognized rally attendees in the House of Representatives.

Commonwealth Avenue was closed off and filled with racing vehicles. Legislators, capitol staff, and media met and chatted with people from every area of the racing industry, while also getting the chance to check out race cars from all across the state. Several track owners and racing related businesses also attended and displayed at the event. 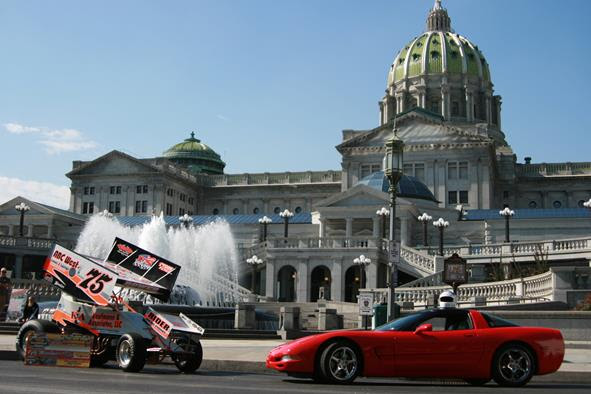 The USMA chose Pa. as a locus for attention after discovering that the state is 4th largest in the United States of America for number of race tracks. More than 540 races and racing related events take place in Pa. every year, and it also holds almost 100 businesses which rely on the racing industry.

The USMA’s national Motorsports Impact Report will include further research and economic data to demonstrate Pa.’s contributions to competitive racing.