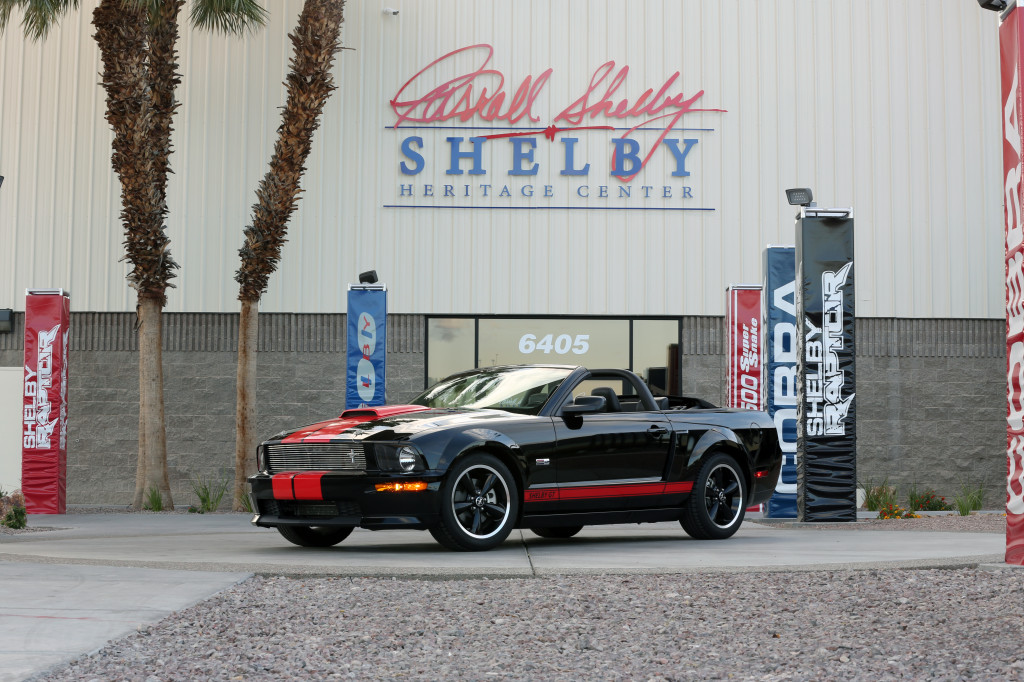 Shelby American will auction serial #1 of the Barrett-Jackson Edition Shelby GT at this year’s Barrett-Jackson Reno-Tahoe auction, taking place from July 31 – Aug 2 in Reno, Nevada. The convertible muscle car, clad in black with red stripes, is part of the 2008 model year program which was created by Shelby American, Barrett-Jackson and Ford Motor Company; production was limited to 100 badged and serial numbered cars.

“This convertible was the first prototype for the Barrett-Jackson series Ford Shelby GT,” said Joe Conway, CEO of Shelby American and co-CEO of Shelby International, Inc. “This unique GT is a celebration of the collaborative endeavors between Shelby American, Barrett-Jackson and Ford Motor Company. We’re especially excited about auctioning serial #1 at the very auction that inspired its creation.”

This very special GT is scheduled to roll across the auction block on August 1, 2014.