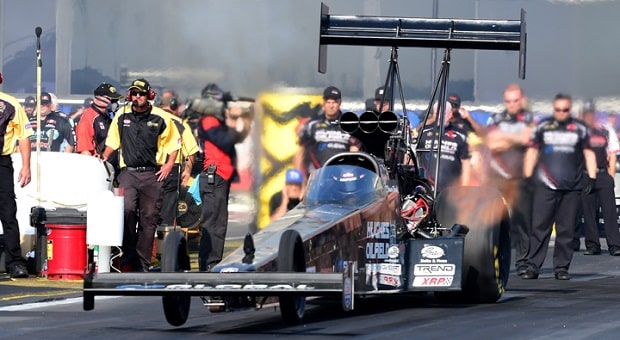 Bob Vandergriff Racing (BVR) has announced its two new drivers for the 2019 NHRA Mello Yello Drag Racing Series season and the Lucas Oil Sportsman campaign. After announcing the addition of Jordan Vandergriff on a part-time schedule for the upcoming year, former driver Bob Vandergriff was intent on the newcomer learning from his 2018 two-time winner Blake Alexander. Alexander elected to leave the team mid-December.

Shawn Reed will race with BVR in seven or eight races, with the intent of adding more events. A five-time Lucas Oil Drag Boat Series titleholder, Reed earned his Top Fuel license in 2015 and has been racing part-time with Paton Racing ever since. In 2017, he made the semifinals in his second race of the season and was a nominee for NHRA’s Auto Club Road to the Future rookie award. Last year, Reed raced to the finals of the 49th Amalie Motor Oil Gatornationals; he qualified for every race he entered in 2018.

“I’ve always looked up to Bob and I’m flattered he is putting me in the car,” said the Lake Tapps, Washington racer. “We’ve talked on the starting line for a couple of years and have gotten to know each other. I’m excited about the prospect of our sponsors, D.A. Lubricants and (regular Reed partner) Hughes Oilfield Transportation, working together, too. I can’t wait to get to Phoenix testing to meet the BVR crew and get behind the wheel of a dragster that can go in the 3.70s (Reed’s career bests are 3.814 E.T. and 324.67mph). I want to go rounds and win some races.”

A-Fuel driver Josh Hart is also joining the BVR team, campaigning a full season in the category and also hoping to earn his Top Fuel license in the spring, leading to competition in four 2019 NHRA Top Fuel races. Hart is an NHRA Division 1 champion who has earned back to-back wins at the historic Chevrolet Performance U.S. Nationals outside Indianapolis, NHRA’s biggest and most prestigious event of each year. After earning his Top Alcohol Dragster license in 2015, Hart won three NHRA National event titles and eight NHRA regional TAD races.

“I’ve always wanted to drive Top Fuel and the perfect opportunity came around with BVR. Jordan and I have competed against each other the past year, and I talked to him about licensing in Top Fuel,” Hart acknowledged. “We came up with the plan and I’m proud that someone as credible as Bob has selected me to drive for him. Most importantly, he understands the class needs new blood and is willing to teach.”

Vandergriff is pleased with the program and team he’s put together for the coming NHRA season. “On behalf off myself, Ron Douglas, Joe Barlam and all of our crew personnel, I can say we are excited to welcome Shawn and Josh to the team,” Vandergriff said. “They truly seem appreciative and grateful for the opportunity to race with BVR and have a chance to win races any time they show up at the race track, which certainly means a lot to all of us moving forward.”

Ron Douglas and Joe Barlam are crew chiefs for the BVR dragsters. In the next few weeks, the team intends to head west to get the D.A. Lubricant dragster and help Jordan Vandergriff earn his Top Fuel license, in anticipation of his debut later in the season. 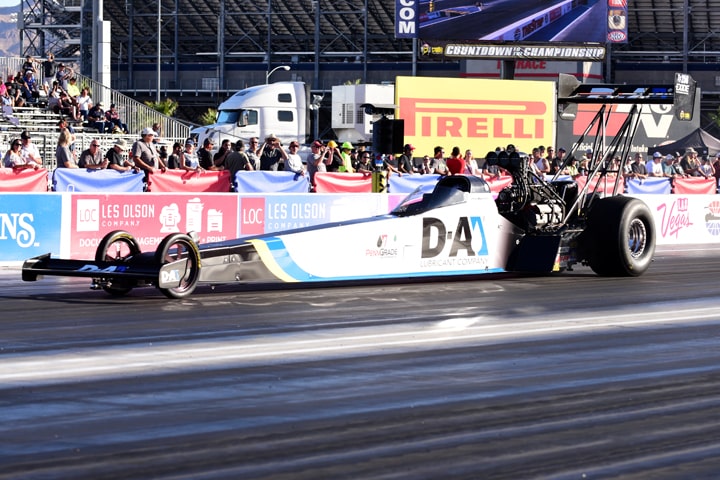