While it seemed that this weekend’s 19th annual NHRA Thunder Valley Nationals at Bristol Dragway would once again lead to victories for past NHRA champions, two unlikely drivers instead used their competitive drive to paint a more exciting picture than ever before. Although it seemed like this season’s king of Top Fuel would once again be back on top, professional Top Fuel scrapping racer Mike Salinas was able to snap the five-race winning streak of points leader and defending Top Fuel world champion Steve Torrence. Salinas wasn’t the only driver to stop a past champion for once again dominating the weekend. As John Force attempted to pull off his 150th career win in Bristol, Bob Tasca III was able to terminate his 7-year winless streak after racing his way past Force in Sunday’s final round. 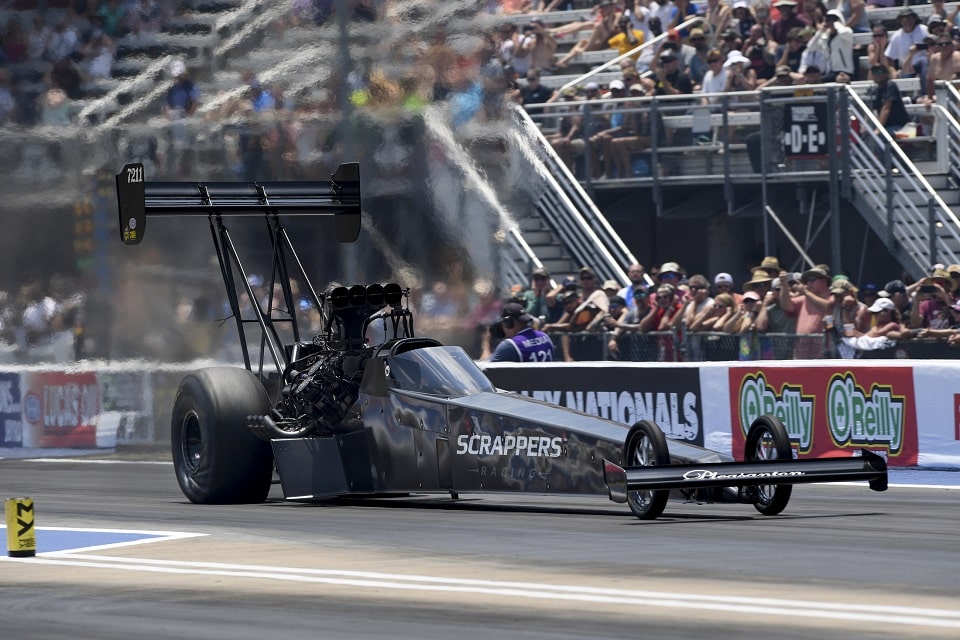 At the 11th of 24 events of the 2019 NHRA Mello Yello Drag Racing Series season, the Scrappers Racing family racing team found a way to prove that you don’t have to have all the riches in this sport to pull off impressive wins. After winning his first career Top Fuel race earlier this year at Las Vegas, Salinas picked up round wins against Scott Palmer, Antron Brown and No. 1 qualifier Doug Kalitta, then moved on to to the final round against five-time season winner and defending Top Fuel champion Steve Torrence.

As the two lined up for the final pass at Thunder Valley, most were betting on yet another victory for Torrence, but Salinas’s final-round pass of 3.836-seconds at 325.69 MPH in his Scrappers Racing dragster topped Torrence’s 3.892-second attempt, which ended this driver’s long-running win streak.

“This win was really surreal,” said Salinas. “My team is really amazing and there is no way that I could have pulled off this victory without them. You really can’t take anybody lightly out here, but I have all the confidence in this team, and it is just amazing to be in the seat with these guys. Alan Johnson and the crew, they just know how to do it and it’s just amazing, it really is.”

Thanks to his astounding win, Salinas has skyrocketed to third in the Top Fuel point standings a few measly points behind No. 1 Bristol qualifier Doug Kalitta going into next weekend’s event in Norwalk, OH. 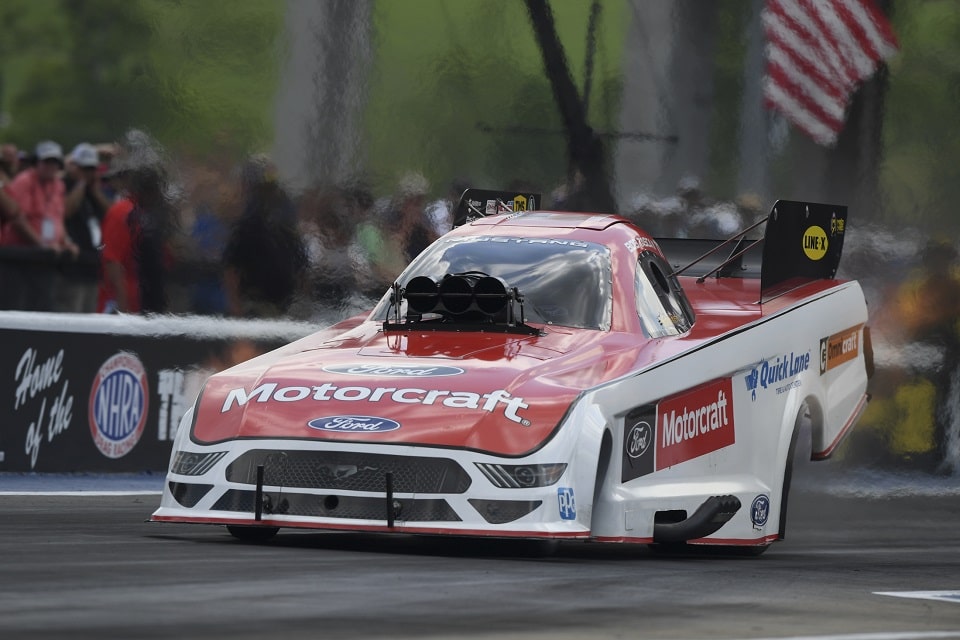 Although Force knocked off Jack Beckman and Tommy Johnson Jr. to reach his 252nd final round, Tasca ended a long winless dry spell and denied Force’s historic win thanks to his 4.008-second pass in his Motorcraft/Quick Lane Ford Shelby Mustang against Force’s less than forceful 4.155-second attempt.

“This was definitely a hard-fought win,” said Tasca. “In fact, this was probably one of the biggest wins of my career. We had to build this car from scratch, but the chemistry on this team is good and I have never had a race car like this. It was fast and my team put me in a position to win in the most difficult slugfest against Force ever. I love racing here. There is so much history with my family racing in Thunder Valley and I really wanted to win this one. It was just a great day all around.”

Thanks to this victory, Tasca and his team have blasted themselves into the top-10 in the Funny Car point standings as they head to Summit Racing Equipment Motorsports Park.