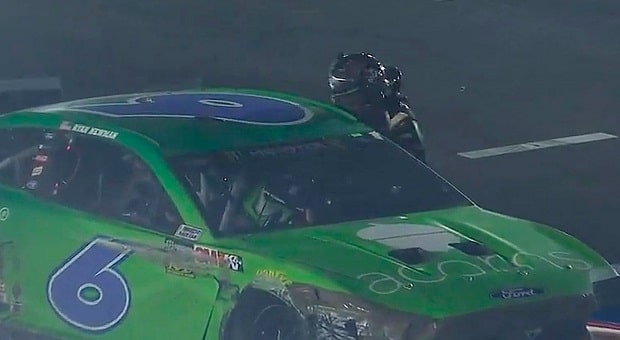 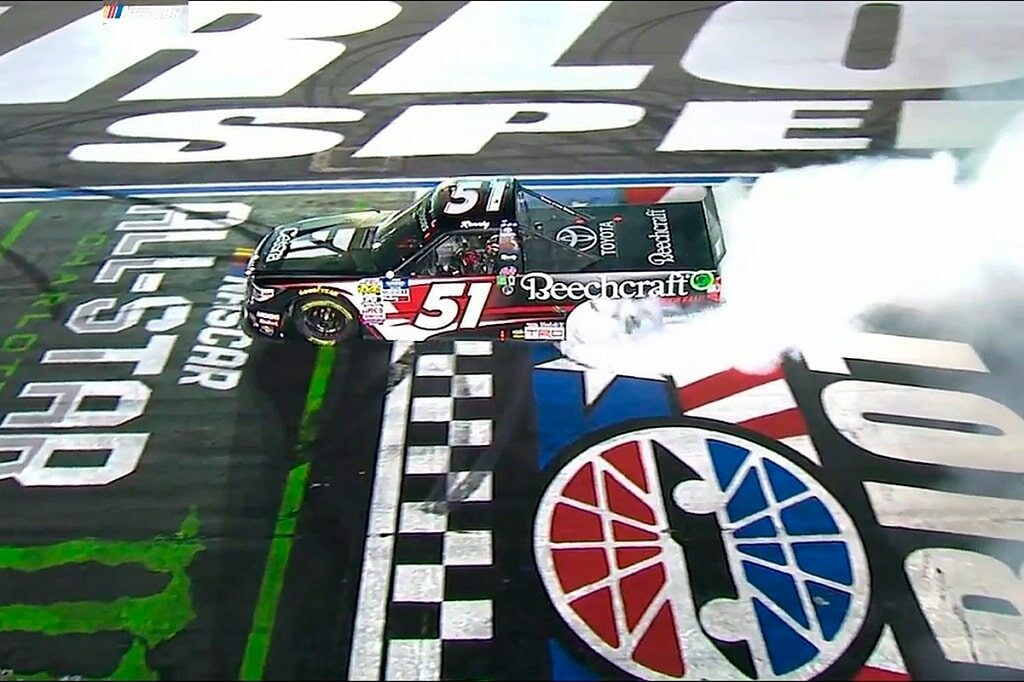 NASCAR recently implemented a policy allowing Cup drivers to compete in only five races in the two lower-tier series. Kyle Busch had already entered four NASCAR Gander Outdoors Truck Series races going into this Friday evening’s North Carolina Education Lottery 200. Rowdy made it five for five beating second place Brennan Poole, who battled a broken sway bar for most of the race, and third place Stewart Friesen, who rallied back from deeper in the field with cold tires on the race’s final restart. Matt Crafton won Stage 1 while Busch won the second. 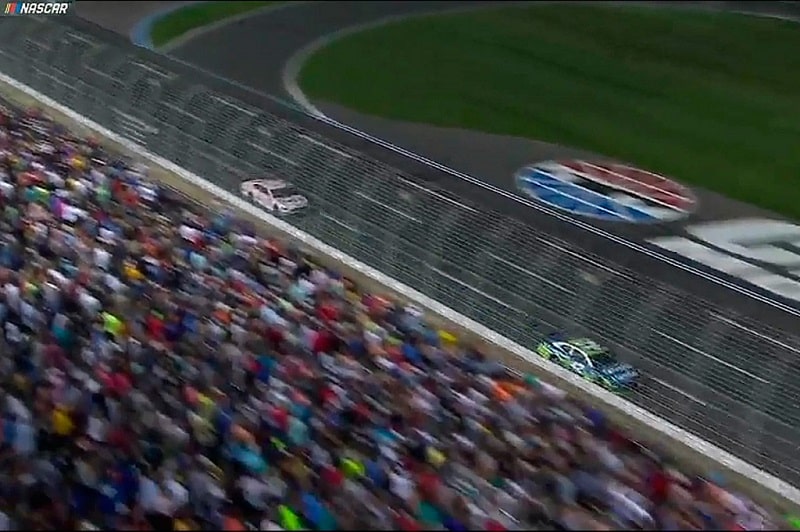 Kyle Larson held off a charging Kevin Harvick, who had the strongest car all race long but whose team kept delivering slow pit stops to win and transfer. He then became the second driver in NASCAR history to win the All-Star Race after transferring by winning the Open earlier in the day. Busch finished his weekend with a third pace All-Star finish.

After the race, Clint Bowyer ran up to the 6-car of Ryan Newman and proceeded to wail on Newman through the open window net after Newman retaliated for “something” during the Cool Down Laps and put Bowyer into the outside wall.

All four of the Cup drivers who transferred into the All-Star Race Saturday evening from that afternoon’s Monster Energy Open were able to finish the race in the Top Ten, something that rarely happens. Alex Bowman won the Fan Vote to get into the All-Star Race and finished eighth. Hendrick Motorsports teammate William Byron won Stage One in the “B-Main” (dirt track parlance for the night’s opening qualifier) and finished right after Bowman. Bubba Wallace drove The King’s car to victory in Stage Two of the opener and finished in fifth in the All-Star. Both of these stages went in NASCAR Overtime and were won in awesome two-lap shootouts.