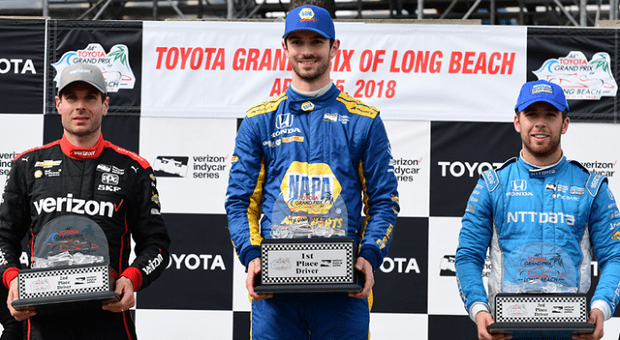 Street-course races tend to be a snore or a bore, it seems. With so few opportunities to pass one another – as it’s on an oval – it usually becomes a chess game to see whose strategies are best for the distance.

The 44th annual Toyota Grand Prix of Long Beach had little of that. There was action throughout the 24-car Verizon IndyCar Series field from start to finish. Sure, Andretti Autosport’s Alexander Rossi won from pole position in his Honda-powered race car, leading 71 of the 85 total laps, but he had to maneuver through a competitive field, keep his nose clean and hold off a charging, two-time winner at this track, Will Power, whose Team Penske Chevrolet finished a scant 1.24 seconds behind the young Californian.

The action began before the first turn of the first lap, when Graham Rahal left his braking a wee bit late and punted 2016 INDYCAR champ Simon Pagenaud out of the race, bringing out the first three-lap caution. Rookie Kyle Kaiser needed a tow-in on the 42nd lap from the first turn due to an electrics glitch; that was a second three-lap caution. Fellow rookie Zach Claman De Melo had wall contact that ended his day, bringing out yellow No. 3 for a five-lap pause in the action on the 60th lap. Finally, three late-race laps were lost when Robert Wickens (R), Sebastien Bourdais, Ryan Hunter-Reay and Jordan King (R) all tangled in the final hairpin turn. 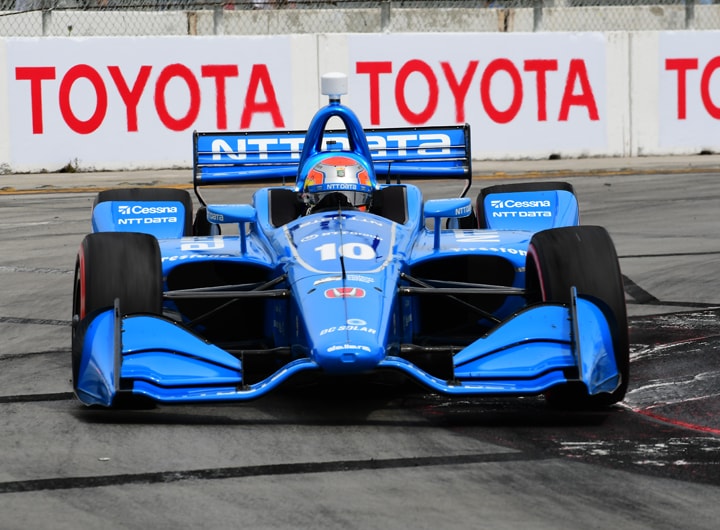 This might seem quite cut-and-dried, but it’s not. Some of the racers who had looked dominating in the first two contests of this 17-race campaign were rather human at The Beach. Wickens, who had dominated St Petersburg and been on-podium at Phoenix, had electronics glitches that left him 12 laps down. Hunter-Reay’s poor luck kept him four laps back. Bourdais, whose excellent pass on Scott Dixon heading into the first turn netted him a rather quizzical drive-through penalty on lap 54, was an upset 13th on the day. 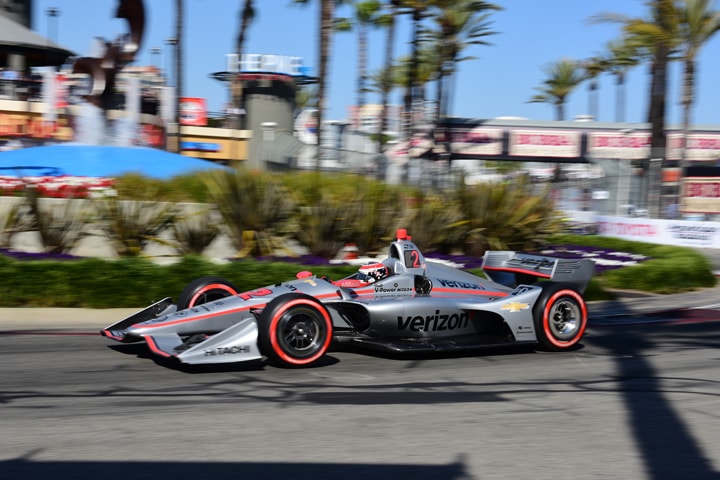 Still, 14 cars finished on the lead lap and there were only two official retirements (Pagenaud and Claman De Melo). There were four caution flags and a heady 10 penalties called over those 85 laps. Rahal had a drive-through hand-slap for his punt of Pagenaud – and still raced all the way to fifth – and the balance of the penalties were for pit violations and poor blends, in addition to avoidable contact. Some of these could easily have been ignored, but the stewards saw fit to hand out their yellow cards throughout.

Rossi’s magical weekend saw the American lead all but the first practice, qualify on pole position by nearly half a second, have the laps-led distinction shortly after half-time and earn his third INDYCAR victory, after winning the 100th Indianapolis 500 in 2016 as a rookie and culminating the latest stay by the series at Watkins Glen International last Labor Day. As the head of communications for HPD said to this writer after the race, “Of all our drivers, including Scott Dixon, I really believe that Alexander Rossi is the best of this generation.” 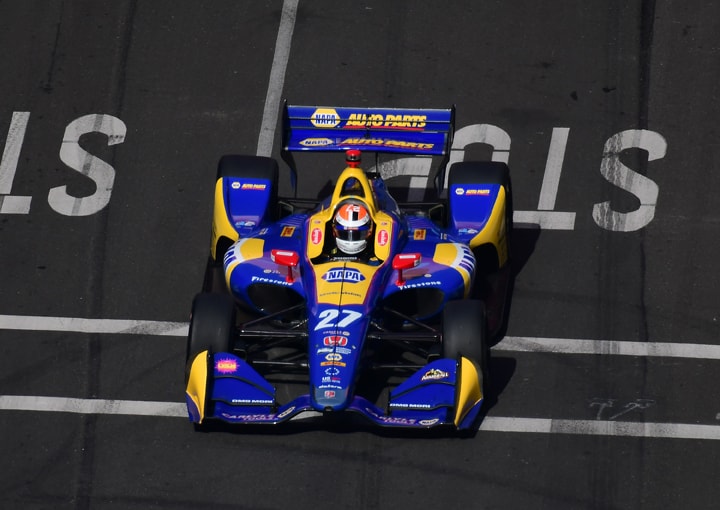 The Verizon IndyCar Series transporters are all en route – or already ensconced – at Birmingham, Alabama, where the series holds its fourth race and third in three weeks, the Honda IndyCar Grand Prix of Alabama, INDYCAR’s first 2018 race on a permanent road course, Barber Motorsports Park. The Indy cars will be joined by the entire Road to Indy support series: USFormula 2000, Mazda Pro Series and Indy Lights.