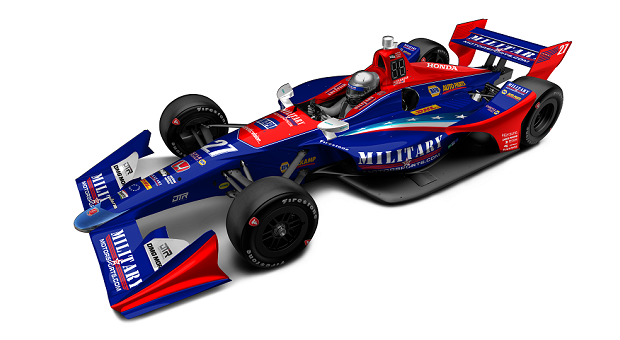 At a time when veterans of the United States’ service organizations are going hungry and homeless as they search for viable employment in the public sector, Andretti Autosport teams with an organization called Military to Motorsports to bring those looking for work to the racing trade.

Next weekend, 2016 Indianapolis 500 winner Alexander Rossi will wear red, white and blue patriotic colors in the Phoenix Grand Prix at ISM Raceway west of the city, hoping to race all 250 laps on the mile oval, earn entry to victory lane – and help bring military veterans to the fast-paced world of motorsports.

The No. 27 Honda-powered Indy car will be sponsored by MilitaryToMotorsports.com, launched in August 2017 to place vets into open positions within the motorsport industry. Careers with Andretti Autosport and the team’s extended network of partners is the thrust of this program, which was first promoted on Rossi’s Honda last year at Pocono. It was a good-luck charm for the American, who earned a podium result. 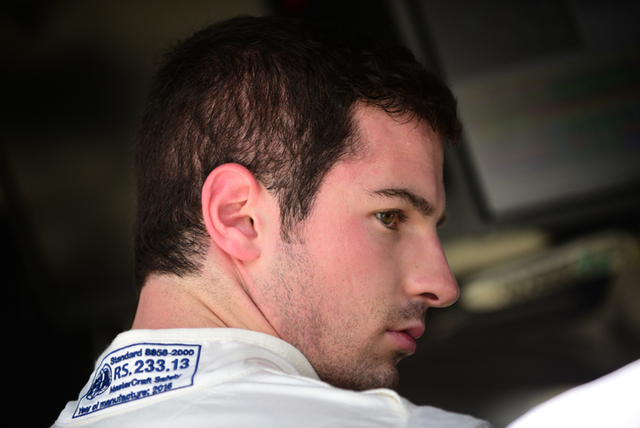 “This is such an exciting announcement and something I am so proud to be a part of,” young Californian Rossi said. “I bleed red, white and blue and it honors me to be a spokesperson for an organization that is determined to help those who have fought for our freedom. This is wonderful timing,” Rossi added, “with the rebirth of the Verizon IndyCar Series. I look forward to trying to get the Military to Motorsports car to victory lane.”

“I am very excited about the Phoenix Grand Prix – not only for the team but also for our veterans,” said retired U.S. Navy veteran and co-founder of the Military to Motorsports program David Tilton. “The race weekend will be a chance for Military to Motorsports to showcase our effort in helping these true heroes who have put their lives on the line for us, so that we can enjoy the sport of racing.”

Retired U.S. military veterans can apply for open positions by visiting MilitarytoMotrorsports.com. The 250-lap Phoenix Grand Prix takes the green flags – under the lights at ISM Raceway – on April 7 at 9:40PM EDT.