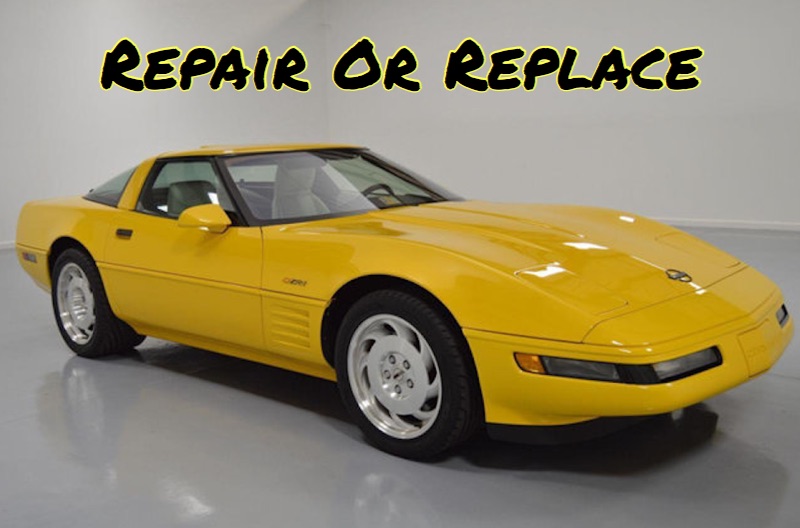 In the early ‘90s the Corvette ZR1 was “King of the Hill,” and I’m not talking about the animated cartoon series starring Hank and Bobby Hill. After Chevrolet’s final design phase the car went into production in 1990. Five years and nearly 7000 ZR1’s later, Chevrolet discontinued the nameplate over growing costs and fading interest. A ZR1 from any year is still a cool car. During the first two years the Lotus designed motor put out 375 hp. Those numbers were later bumped up to around 405 hp after engine improvements, making the Corvette ZR1 one of the fastest production cars ever sold at the time. The bow tie muscle car could fetch 0-60 in about 4.7 seconds and run the quarter mile in an estimated 12.99. Those stats are still respectable numbers.

When I was a kid, I remember seeing four or five of these cars parked in a KFC parking lot one day. I sat there on my bike and waited for the owners to return and start them up. That’s a hard sound to forget; it’s pretty impressive. These cars were cool, and to most people, they still think they are. These unique Corvettes have retained their value in the marketplace as well. ZR1s sold for just short of $60,000 when new. Today, you can get your hands on a nice Vette for half that. If you’d rather put your money into a newer car without all the hurdles involved in restoring a vintage car, then the Corvette ZR1s listed on RacingJUNK are a good place to start.

FYI: The highest rated television show in 1990 was “Cheers”.

In The Movies In 1990: It should come as no surprise that Home Alone was the biggest movie of the year.