Move over guys, because the gals are back on top following this weekend’s racing action at Brainerd International Raceway! 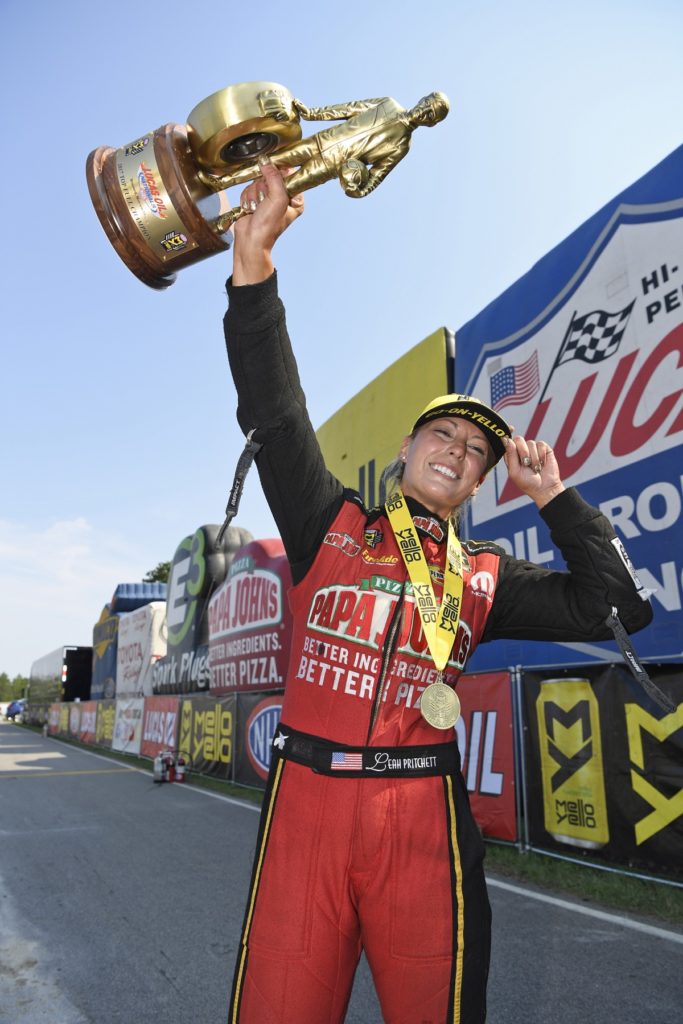 Following a recent slump, our resident Girl On Fire was back on top this weekend at Brainerd International Raceway. After piloting her Papa John’s Pizza dragster to one of the most rapid run times in NHRA history during Friday’s qualifying session for this weekend’s Lucas Oil NHRA Nationals, Don Schumacher Racing Top Fuel driver Leah Pritchett continued her reign at the top during Sunday’s elimination rounds.

Pritchett defeated Rob Passey, Scott Palmer and Clay Millican before facing off against teammate and Top Fuel reigning world champion Antron Brown in the final rounds. Despite Brown’s recent domination in the Top Fuel division, Pritchett would take down the champion with a pass of 3.682-second pass at 328.06 MPH to pick up her fourth Top Fuel victory of the 2017 season.

Despite taking down Brown, Pritchett stills sit behind her teammate in the points battle by 60 points. If Pritchett can keep this hot streak going, it won’t be long before she and Brown are once again head to head. 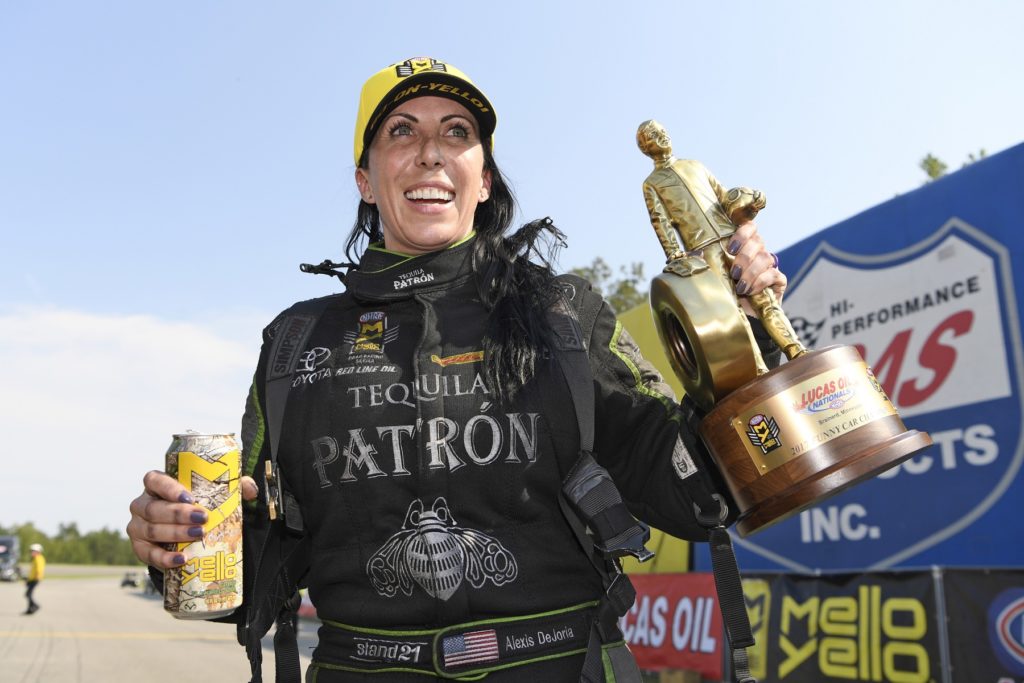 Pritchett wasn’t the only winning woman driving to victory at Brainerd International Raceway this weekend. Kalitta Motorsports Funny Car driver Alexis DeJoria raced to her first win of the 2017 season after taking down Tim Wilkerson, Cruz Pedregon and 16-time world champ John Force before making it to her first finals appearance of the season. Despite having to come back from a broken pelvis following a crash at Sonoma during the 2016 race season, DeJoria found herself back on top at the Lucas Oil NHRA Nationals after facing off against Tommy Johnson Jr. and securing a win with a 3.906-second pass at 330.96 MPH in her Tequila Patrón Toyota Camry.

“This is a huge win for us,” said DeJoria. “The last two years have been difficult with lots of ups and downs, injuries, no wins… We just couldn’t get up to speed with everybody else. We were fighting so hard out there and I started to lose myself in it. So much so that I started to forget the love that I had for this sport in the beginning. It’s times like those that make times like this weekend so much better.”

Despite this win, DeJoria will have to continue finding her way back to the podium to once again make a name for herself in the 2017 Funny Car season. 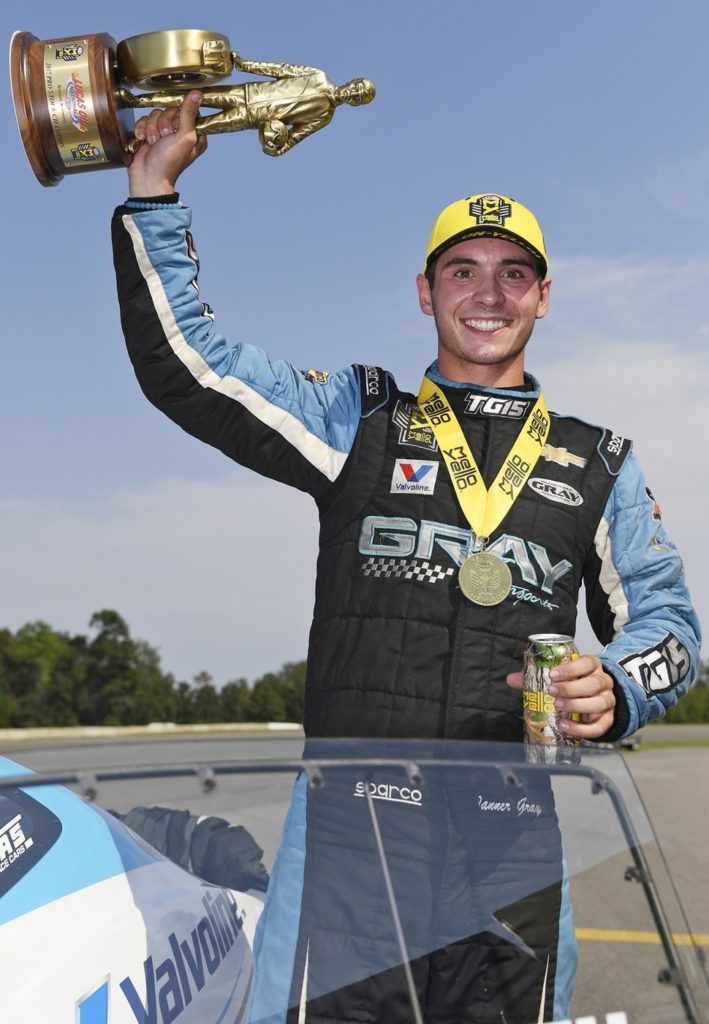 While the women of the NHRA dominated most of the weekend, an NHRA rookie would pick up his fourth victory of his career at this weekend’s Lucas Oil NHRA Nationals.

Pro Stock rookie Tanner Gray secured a No. 1 seed heading into the Countdown to the Championship after defeating two-time world champion Erica Enders and reigning world champion Jason Line before reaching the finals against points leader Bo Butner. With a 6.610-second pass at 208.04 MPH in his Chevrolet Camaro, Gray proved that experience means little when you have a powerful machine in the NHRA Pro Stock Series.

“I’m not sure what my team has done to make this Camaro perform the way that it has this season, but they’ve got a handle on this car,” said Gray. “They got something going right for them over there. They’re making my job a whole lot easier and I’m just blessed to be able to sit in the driver’s seat.”

Along with giving Gray a chance to enter into the Championship battle, this win also gave the rookie a boost in the Pro Stock points battle, where he currently sits second behind Butner going into the 63rd annual Chevrolet Performance U.S. Nationals.