For those of us who live in Los Angeles, anticipation for the re-opening of the Petersen Automotive Museum has been high. On, December 7, 2015 after a 14 month transformation, the museum re-opened, showing off it’s new look, its new approach to curating car culture, and a brand new (old) archive to help facilitate the understanding of transportation’s past and future. 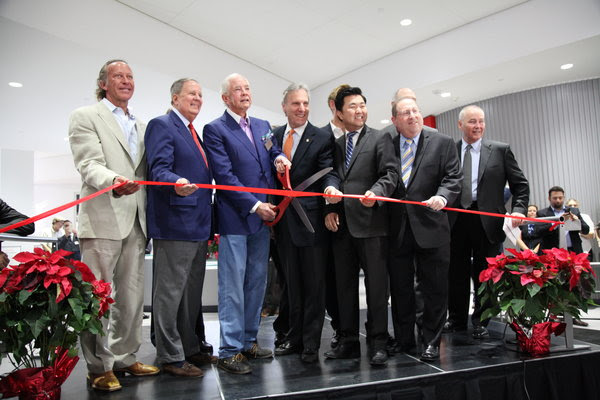 “I am proud to announce that the new Petersen Automotive Museum is open on schedule, on budget and with interior and exterior designs that are even more stunning then the concept renderings – and that is a rare feat in both the architecture and museum worlds,” said Executive Director Terry Karges.
“What’s inside is just as stunning, including a three-story spiral staircase that transports visitors through 25 galleries representing the history, industry and artistry of the automobile.”

The physical renovation changed the floor plan to three exhibit floors connected by a graceful spiraling staircase, and a penthouse for events.  The space is both modern and welcoming, a graceful response to new approaches in museum presentation, and the red metal bands wrapping the outside are divisive, but they’re certainly eye-catching, calling to mind a visual representation of speed.  World class cuisine will also be available at the museum, thanks to the Drag Brothers, who own eleven other restaurants in Los Angeles. 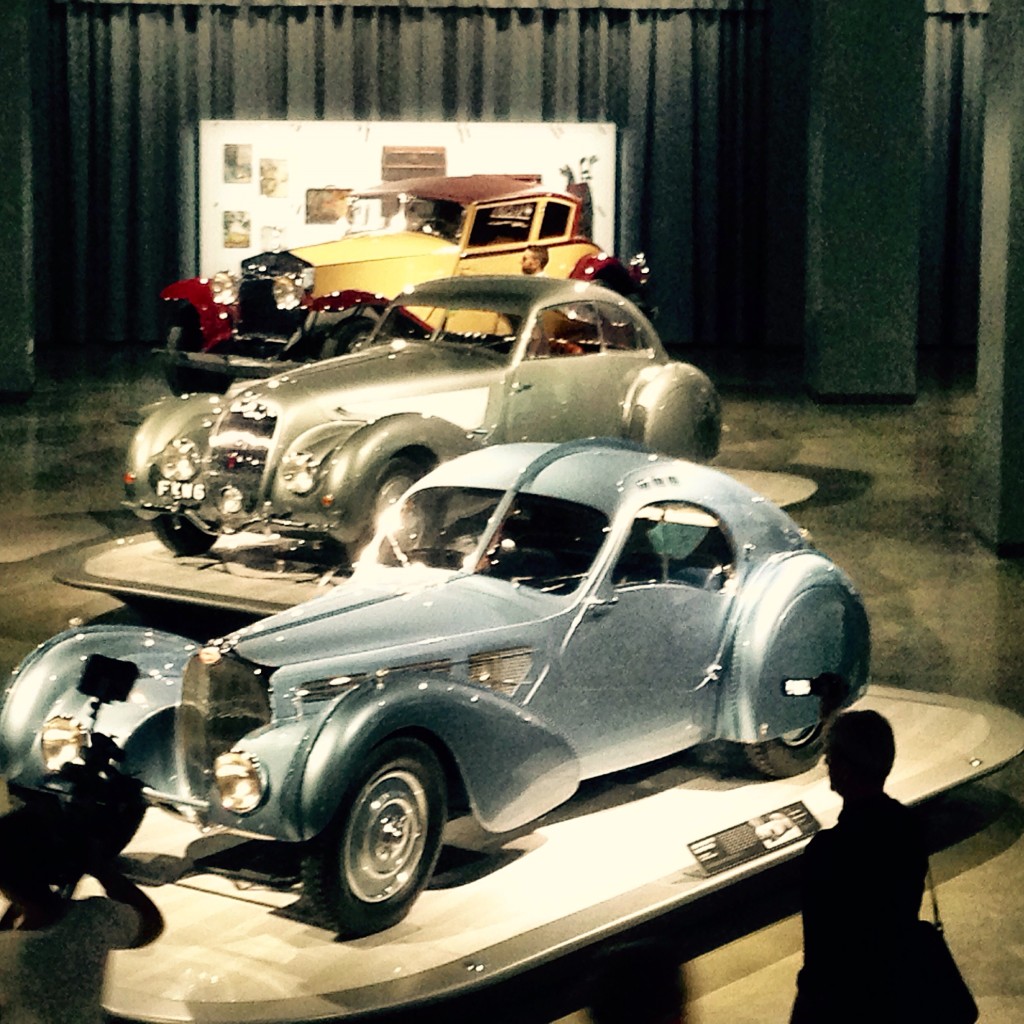 The renovation both capitalizes on the museum’s greatest asset – its collection of vehicles from Hollywood icons to original hot rods to one of kind race cars to present a three storied display of vehicles through the ages, with a particular nod on the third floor (the history floor) to showcase “Southern California: A Region in Motion”  presented by the Automobile Club of Southern California which demonstrates how the automotive culture and the city shaped each other.

With 95,000 square feet of exhibit space, visitors also have the chance to learn about technology, industry and design through the museum’s partnership with Pasadena’s Art Center, a haven for automotive design. The Pixar Cars Mechanical Institute, housed on the same floor, features a life-size Lightning McQueen and uses augmented reality technology to tech children how cars really work, starring their favorite characters from the Cars movies on Carspad tablets. It’s a hands-on area that is truly innovative for kids and for adults who don’t know a rotor from a rock star.

Want to get behind the wheel? The Forza Motorsport Racing Experience offers drivers a chance to race a variety of virtual vehicles on the world’s finest tracks as a showcase of Microsoft’s racing simulator.

And finally, the Hot Rod Gallery, presented by TEN – The Enthusiast Network celebrates Hot Rod Magazine, Robert E. Petersen’s first publication, along with the cars featured in the magazine over the years, artifacts from Petersen’s life and a selection of custom hot rods.

The most exciting aspect of the renovation isn’t the newly designed space or flow, but a reinvigorated approach to both the Petersen’s permanent collection and rotation exhibits. The staff and board of directors have expressed a commitment to making the museum a world class institution that visitors return to in order to continue learning and experiencing, which means more rotating and visiting exhibits and interactive experiences with a focus on the future of transportation.  And for fans of the past, the museum has also achieved quite a coupe. The famous Petersen Archive, a collection of photos, articles, and information from auto magazines and journalists which has been housed with TEN for decades, will return to the Petersen Museum to act as a resource and repository for automotive journalism in the years to come.

The museum is open seven days a week, from 10am to 6pm, and admission prices are as follows: adults – $15, seniors and students – $12, children – $7, active duty military and educators – free, Children under 3 – free. To learn more about The Petersen, its latest exhibits, rotating galleries and special events, please visit www.Petersen.org.