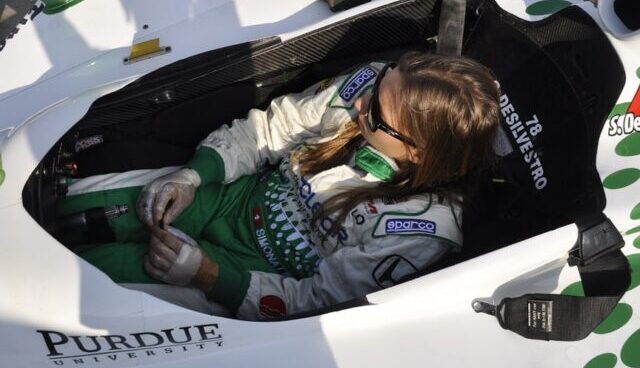 When she first attempted to start a woman-owned, crewed and raced Indy car back in 2015, Beth Paretta and her Grace Autosport had dreams of racing in the 100th Indianapolis 500 in 2016. Unfortunately, at the time she had neither a car nor an engine deal and the dream deflated.

Now Ms Paretta’s dream has returned – and in a big, proper manner – with support from 18-time Indy 500 winners Team Penske, a Chevrolet engine, a Dallara chassis and, notably, Simona de Silvestro nominated as driver for this No. 16 entry.

De Silvestro, the 2010 Indy 500 rookie of the year and a five-time starter in the Greatest Spectacle in Racing, and the newly formed Paretta Autosport, became one of the first results of INDYCAR’s Race for Equality and Change initiative, which was announced in July of last year. 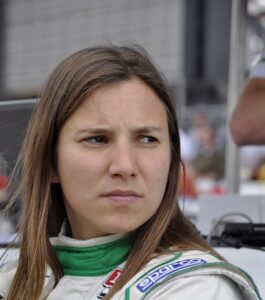 The Race for Equality and Change, promulgated by Penske Entertainment, began with a $1 million fund to jumpstart the NTT IndyCar Series’ diversity efforts. The first result was the launch of a USF2000 race team, Force Indy, which intends to give opportunities for Black men and women as drivers, crew and team executives.

The Paretta Autosport team mirrors the efforts of Force Indy, except for its emphasis on the female quotient. The Race for Equality and Change came about as a result of the killing of George Floyd and the social unrest it spawned. When first announced, one had to wonder whether Penske Entertainment Corp. would put its money where its mouth was. This announcement shows the intent is being fulfilled.

Paretta contacted Roger Penske shortly after The Race for Equality and Change was announced. During her career on the automotive side of the business, with Aston Martin and later with Fiat Chrysler Automotive (FCA), where she was director of SRT and motorsports, Paretta had many interactions with Mr Penske and his automotive and motorsports entities. “We were partners with Team Penske and won the NASCAR Cup championship in 2012,” which was Penske’s first NASCAR title, Paretta reminded.

When they spoke last summer, Paretta acknowledged, “I said that I would like to now bring it full circle and get back to the track to promote gender equality. So with that, I’m proud to say that Paretta Autosport will have a technical alliance with Team Penske,” starting with the 105th Indianapolis 500 and with plans to grow from that singular start.

De Silvestro, who showed her capabilities in her rookie season with a 14th-place result, exemplified resilience in 2011 when she lost control of her HVM Racing car in 2011 during a practice session for the Indy 500. The driver sustained burns on both hands when the car hit the wall, went airborne and flipped several times before coming to a stop upside down and erupting in flames. Then 22-year-old de Silvestro returned to the track with bandaged hands, started 23rd in an eight-year-old replacement tub named “Pork Chop” and finished 31st. 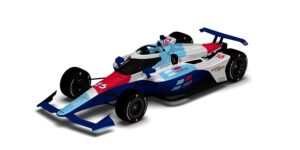 Her most recent Indy 500 start came in 2015 with Andretti Autosport. Lately, de Silvestro has been driving for Porsche in sports cars, and the company released her for the month of May to tackle another try at the Indy 500 with Paretta Autosport.

While women have competed at the 500 since Janet Guthrie’s first 1977 race, there was no woman entered in the 2020 race. Paretta said it was the commitment of Roger Penske and his team at Indianapolis Motor Speedway and in the NTT IndyCar Series that made this new team possible. While 2020 was difficult for everyone involved in the Brickyard’s premier event, “Today is the beginning of a commitment to gender equity in sport, to encourage women to work hard so they can earn their seat at the table or spot on the grid,” Paretta said.

Calling in by Zoom during the press conference from her home in Switzerland, de Silvestro reminded, “My career really took off through my time competing in INDYCAR and the Indy 500, so returning to compete with Beth and her new team, in alliance with Team Penske, is a special and rare chance in my career. Being part of the goal of diversity and inclusion for everyone – and especially women in INDYCAR – and in motorsports in general, is very important to me and how I would like to see the future of racing.”