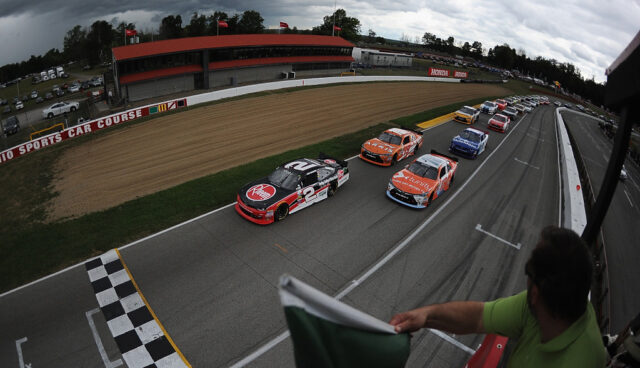 Times haven’t been easy for race tracks amidst the COVID-19 pandemic. Some tracks are opting to shut down operations for at least 2020 in an attempt to play everything safe, however, other tracks are going the other way.

North Carolina’s Ace Speedway recently made quite the ripples in the racing community. In an attempt at a workaround of the COVID-19 safety guidelines put in place. Instead of the 2,000 fans being in attendance as spectators they were considered themselves sit-in protestors ad thus protected by the 1st amendment.

North Carolina Governor Roy Cooper was not happy about the two races that have already taken place at Ace Speedway referring to them as “dangerous and reckless,” according to Short Track Scene. The facility isn’t just going rogue, they have made some sort of an effort by conducting temperature checks at the gates, as well as requiring fans to complete health screening forms, Governor Cooper doesn’t believe that’s enough.

ACE has claimed events as constitutional as a peaceful protest.

“They’re going to have the pace car … ask for unity.. the fires, the tax on law enforcement, burning of buildings..By doing that, to me, it gives them the 1A right to protest peacefully.”

Alamance County Sheriff Terry Johnson reportedly planned to go against the governor’s wishes, explaining people had the right to assemble for protest purposes.

“They were going to have signs,” Johnson explained to the Winston Salem Journal. “From my understanding, they were going to have the pace car go around asking for unity of our nation for what is going on. You know, the fires, the tax on law enforcement, burning of buildings and stuff. And, by doing that, to me, that gives them the First Amendment right to protest peacefully.”

Unfortunately for Johnson, he received a letter from General Counsel William McKinney urging him to comply with the guidelines. Reportedly, the note concluded by saying, “Sheriff Johnson is formally requested to do his duty under the law and enforce the Phase 2 Order. If Sheriff Johnson declines to perform that duty, the Governor will take further action to protect the health and safety of the people of Alamance County and North Carolina.”

Eventually, the event was underway with a total of 25 fans in attendance as the track didn’t want to face a citation under the phase 2 social distancing plans.