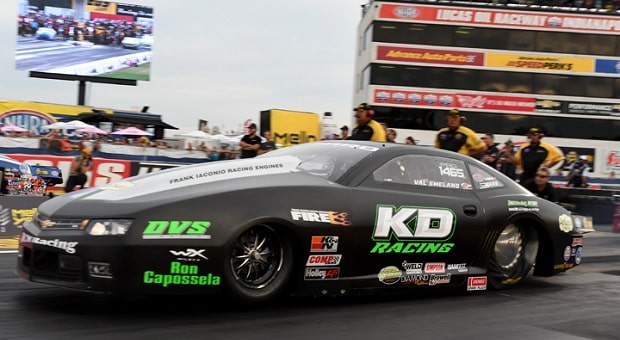 Now’s the time to strut them tail feathers, Countdown to the Championship fans.

It’s time for the first of six races for 10 drivers or riders in NHRA’s Top Fuel, Funny Car, Pro Stock and Pro Stock Motorcycles to start their quest for their class’ 2019 title. With points resets and the ever-changeable weather of the first venue, Maple Grove Raceway in Mohnton, Penn., the Countdown truly is a crapshoot.

This fact is particularly true for dominating Top Fuel driver and reigning class champion Steve Torrence, who accumulated eight victories over the first 18 “regular season” races that ended with the Labor Day Chevrolet Performance U.S. Nationals outside Indianapolis, Ind. While he had a 558-point gap to second-place Doug Kalitta, who secured the U.S. Nationals Wally winner’s trophy in his 22nd attempt, that’s been reduced to a lowly 20 points with the Countdown reset.

“It’s still just a six-race shootout,” Torrence acknowledged. He’s joined in the Countdown by his father Billy, whose part-time effort garnered two wins and 10th place in the standings.

“I’ve got a really good team, a really good group of guys,” Steve Torrence said. “They are the reason for the success that we have. When you see teams that go out and do well and continually win, it’s usually because the guys have been together for years and they just work well together. That’s what we have with these Capco cars.” 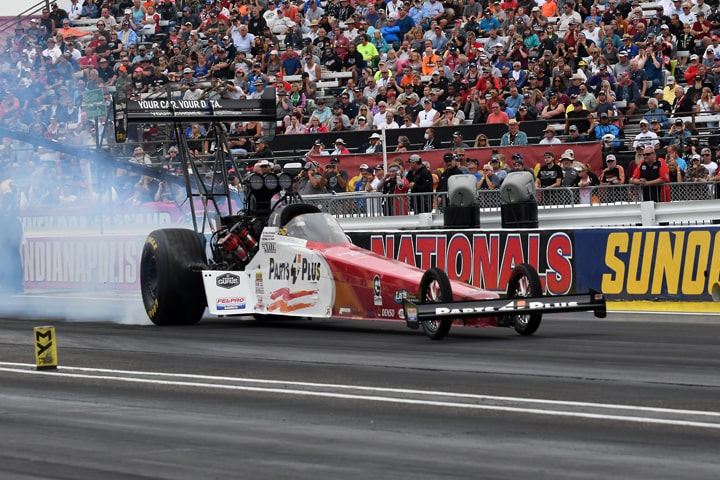 The 35-time Top Fuel winner has far more than his father and Kalitta to worry about. There are seven other racers who would like nothing more than to see the man who won all six Countdown races en route to his first NHRA Top Fuel title lose his omnipotence. With a scant 10 points separating Antron Brown, Brittany Force, Mike Salinas, Clay Millican, Leah Pritchett, Austin Prock, Richie Crampton and Billy Torrence from one another (Billy Torrence is -100 points to his son), coming into Reading this is anyone’s game.

The 18-contest Funny Car regular season should show the shape of things to come in the Countdown, where the top two combatants come from John Force Racing’s (JFR) Chevrolet Camaro SS stable, hounded by four Don Schumacher Racing (DSR) Dodge Charger SRT Hellcat entries. John Force has been the story of the past few races, earning his 150th and 151st Flopper victories, while the consistency of DSR’s quartet – Tommy Johnson Jr., Jack Beckman, Ron Capps and Matt Hagan (named in order of their standing in the Countdown) – has been a calling card.

The balance of the 10-car field includes the Ford of Bob Tasca III, reigning titleholder J.R. Todd of Kalitta Motorsports, followed by his Toyota Camry teammate Shawn Langdon and single-car team owner/driver/crew chief Tim Wilkerson. With the reset, it’s another crapshoot for this category and, if everyone remembers, it took until Indy of last year for Todd’s march to his first national Funny Car title to come into focus. Will someone emerge from Reading looking stronger than any other? 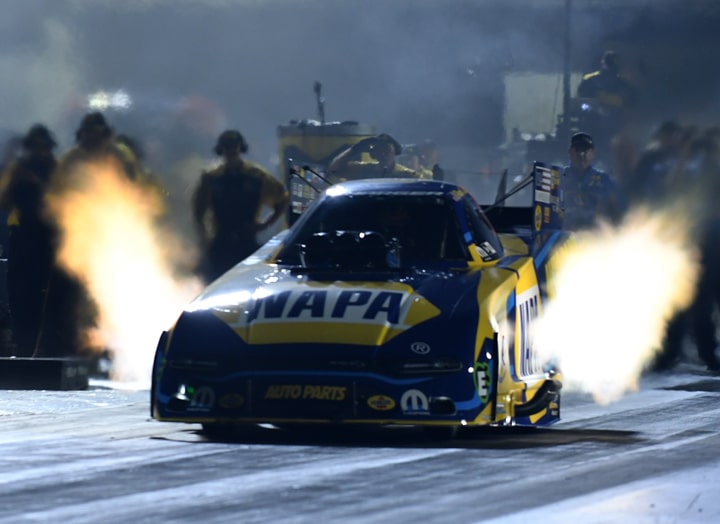 This weekend marks Capps’ 550th pro race; 2019 is the Californian’s 25th season wheeling a nitro machine. With his 27 round wins leading into the Countdown, Capps will be looking to move up from fifth place; he won at Reading in 2017, a year after earning his first Funny Car title.

“We’re kicking off the six-race Countdown to the Championship playoffs at one of the most amazing race tracks we still go to – Maple Grove Raceway in the rolling hills of Pennsylvania. Friday officially kicks off our campaign for the championship,” Capps said, “so I’m excited and I can’t wait to get there and hopefully finish the weekend in the winner’s circle.”

During the six-race Countdown to the Champion playoffs for Pro Stock, Bo Butner will be looking to regain the magic he showed during the regular season of 12 races for the door-slammer set. Butner, who intended to leave the class at the close of last season and concentrate on Lucas Oil sportsman competition, has looked beatable the past two races, won by Jason Line and Alex Laughlin, respectively. With all 10 Countdown racers entering Chevy Camaro cars, success is all about great preparation and superb starting line lights.

Laughlin, in particular has been a thorn in Butner’s side – and in the side of every other Pro Stock racer, for that matter – throughout the regular season. He’s been consistent but, up until Indy, unable to close the deal and enter a winner’s circle. With his Big Go victory, Laughlin now enters the rarified air as a real threat to Butner and any Summit/KB Racing competitor, which includes Line and Greg Anderson, the latter a two-time winner this season.

Butner, Laughlin, Line and Anderson sit atop the Pro Stock standings now, while they’re chased by Indy finalist Erica Enders, by Eric Kramer, Matt Hartford, Jeg Coughlin Jr., Chris McGaha and Val Smeland, who beat teammate Kenny Delco to the final Countdown position. Butner has won three times in three final rounds at Maple Grove and believes, “We have a good car right now. We enter the Countdown as the No. 1 seed and, hopefully, that’s where we end up.” 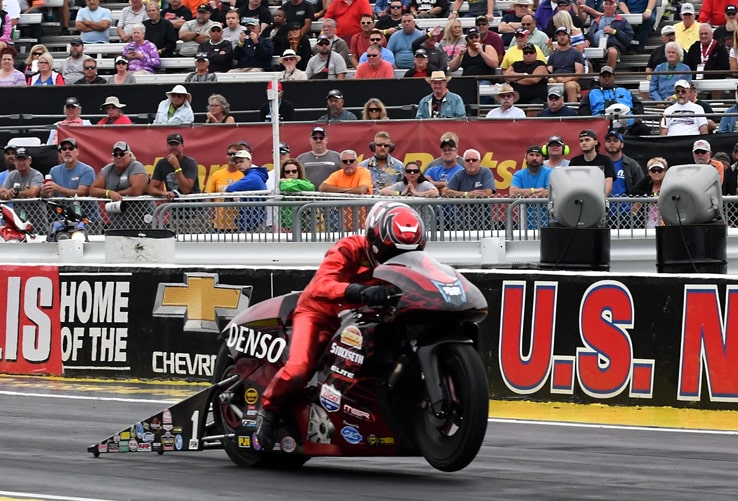 Hines has dominated Pro Stock Motorcycle this year after failing to win a race in 2018. Still, with his foul at Indy, the five-time champ needs to get his head back in the game and lessen the errors. It’s tough to break a light in this class but it’s definitely easy to earn a foul on the starting line with a Pro Stock Motorcycle, no matter the breed.

At this writing, for once it looks like Reading is not going to be terribly weather-impacted, although the planned Thursday night Mopar Big Block party in downtown Reading could be subject to thunderstorms. If the forecasts are correct – never a certainty – this could be another fast and exciting start to NHRA’s vaunted playoffs.

Forty drivers/riders and their teams are gathering in anticipation of becoming the next Top Fuel, Funny Car, Pro Stock and Pro Stock Motorcycle champion once the tour reaches its climax at Pomona in November. But in order to be the champ, in three of four classes, you’ll have to beat the champ.