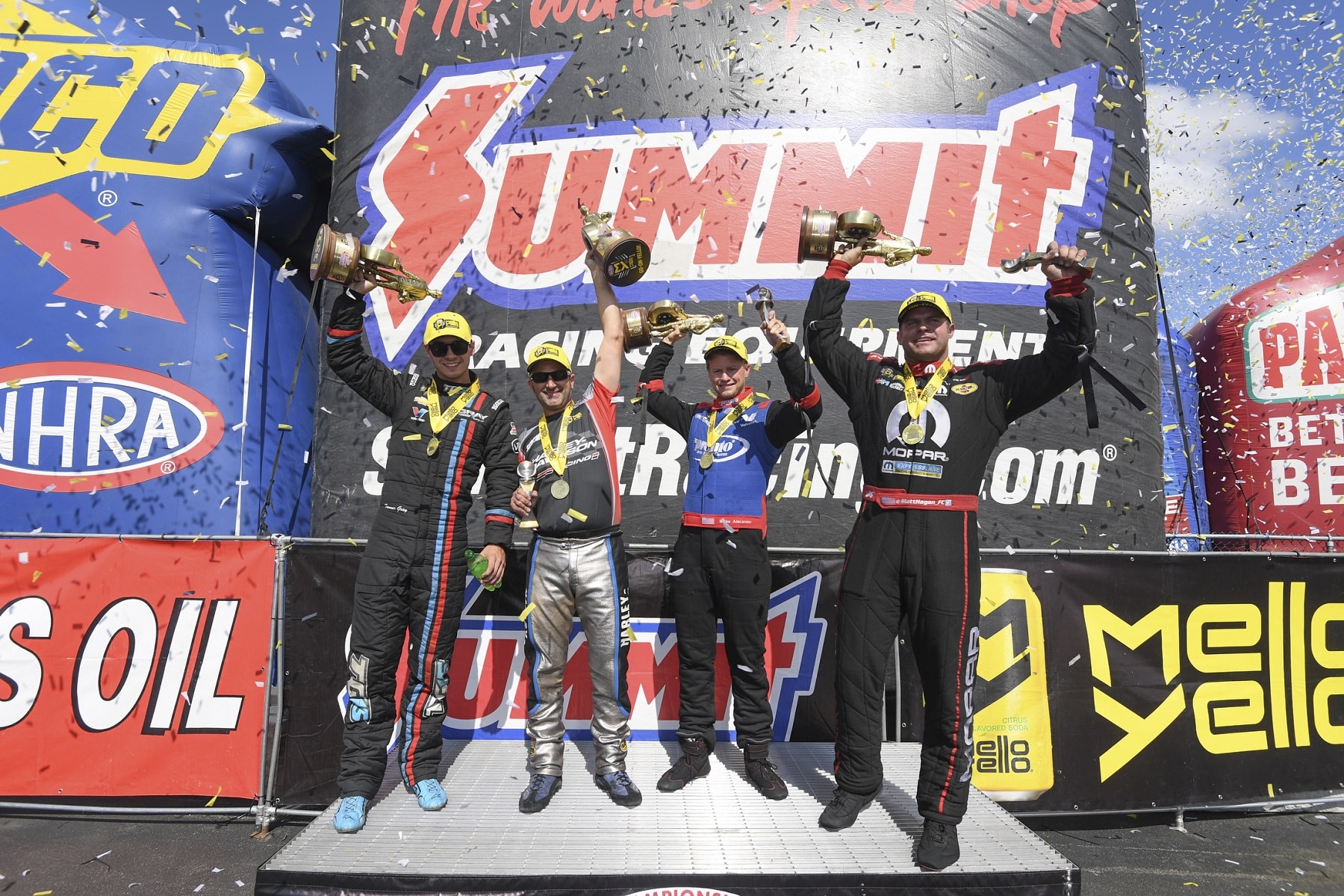 After a hard-fought battle at the Summit Racing Equipment NHRA Nationals at Summit Motorsports Park, three drivers proved that a lot of hard work and a little patience can lead to an end to a dry spell. After some major hurdles throughout his drag racing career, third generation NHRA driver Blake Alexander, earned his first career victory this weekend at Summit Motorsports Park. Although not first-time victories, a little sweat and perseverance also brought an end to early season slumps for Funny Car driver Matt Hagan and Pro Stock young gun Tanner Gray. 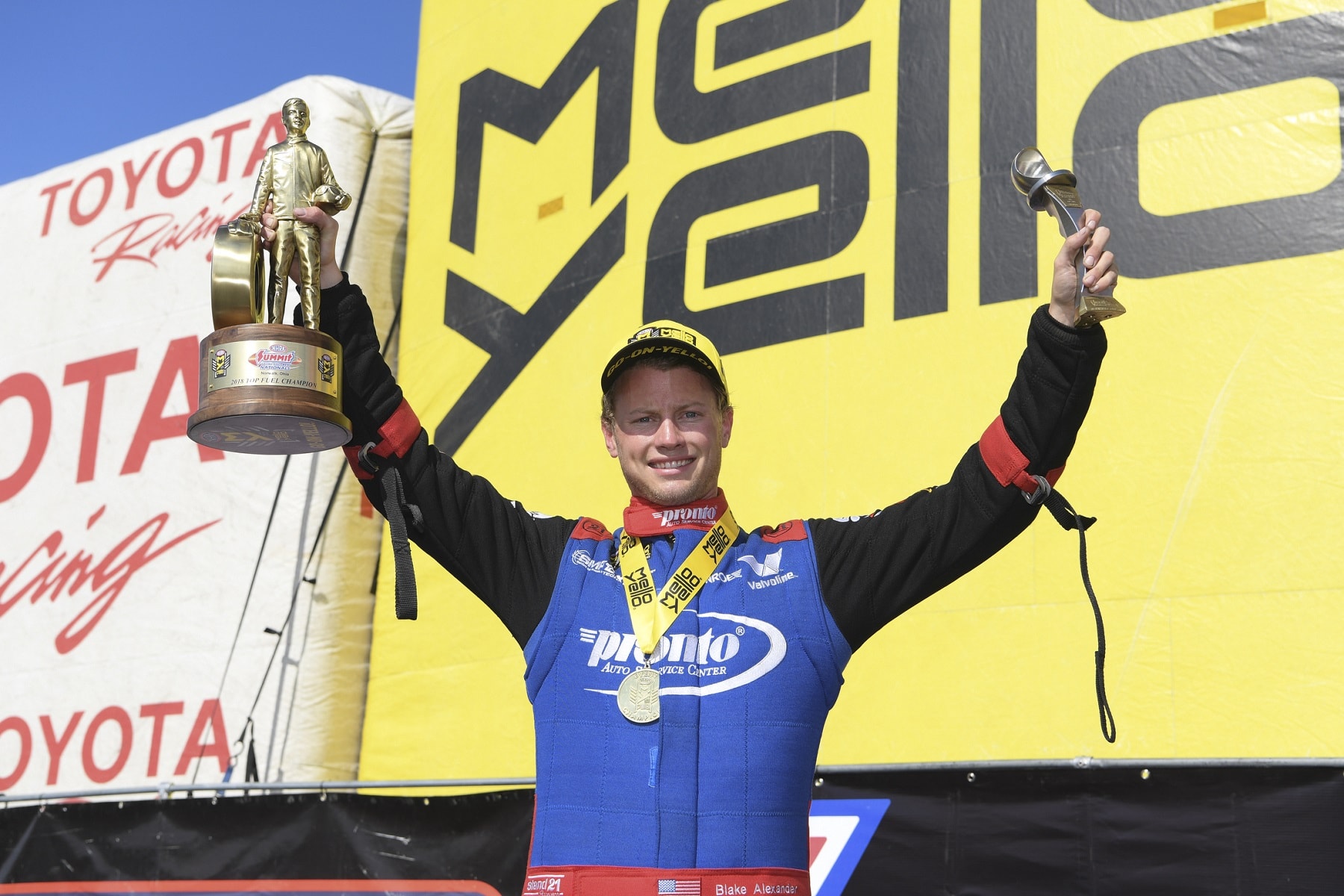 Despite qualifying outside the top ten, behind hot shots like Clay Millican, Brittany Force and points leader Steve Torrence, the young Bob Vandergriff Racing driver and his team made the perfect adjustments to power past Antron Brown, Tony Schumacher and Leah Pritchett before entering his second career final round.

After lining up against Terry McMillan in the final round, the never say die dreamer gave it all he had to earn the first Top Fuel victory of his career with a 4.011-second pass at 297.81 MPH in his Pronto Auto Service dragster.

“It felt really good,” said Alexander. “I got a little emotional because I have tried to do this my whole life and I have come so close so many times but have come up short. I have even lost sponsors and thought I was never going to drive the car again. Now it is all worth going through this just to climb back to the top.”

Although this win doesn’t move Alexander past the top-10 inside the points standings, if the 105th different Top Fuel winner in NHRA history continues on his hot streak, it is only a matter of time before he becomes a contender. 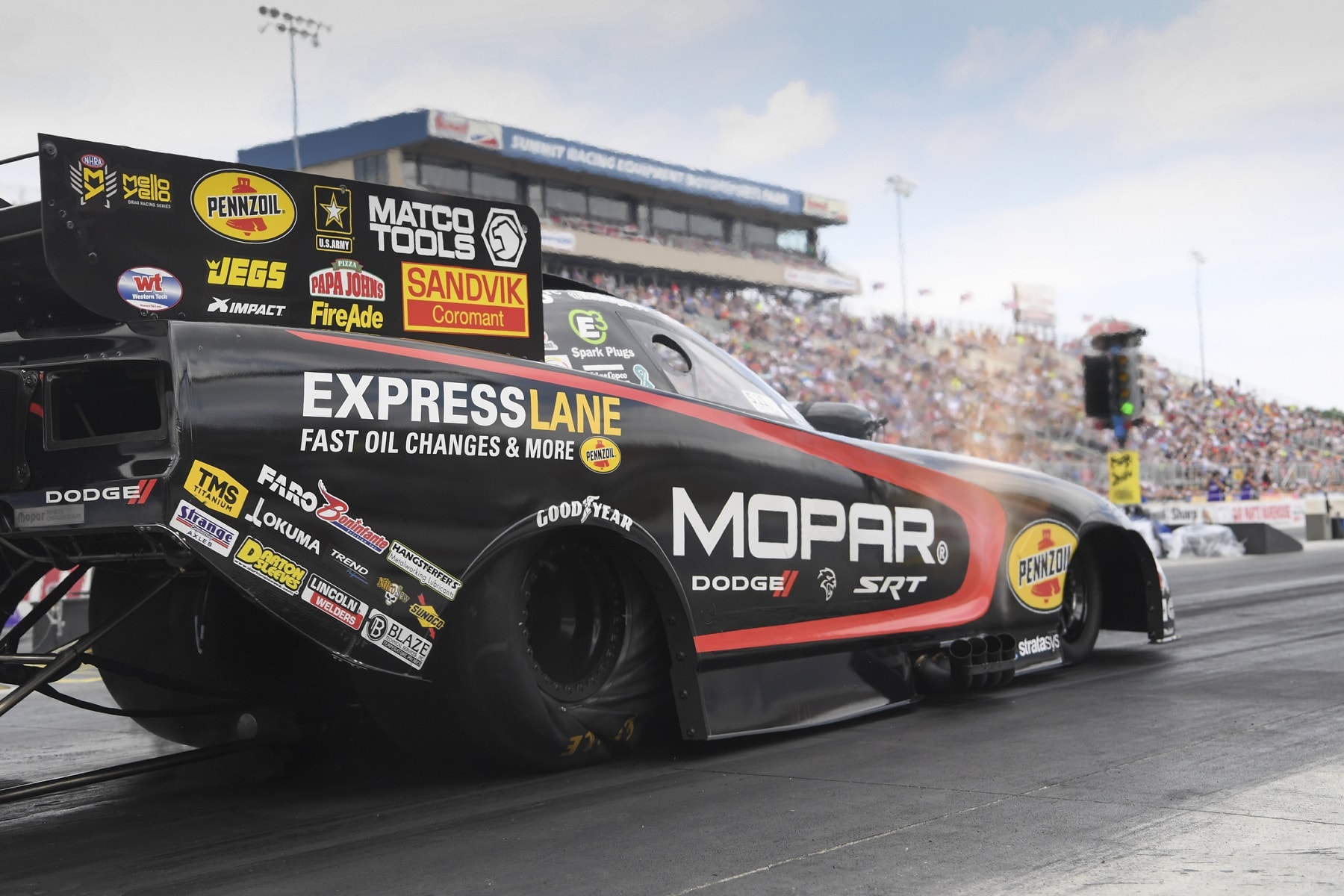 Although not his first victory of the season, two-time world champion Matt Hagan also overcame a recent slump this weekend at Summit Motorsports Park. After qualifying third in his Mopar Express Lane Dodge Charger R/T, the Don Schumacher Racing driver would take down teammates Tommy Johnson Jr. and Jack Beckman and Kalitta Motorsports driver, J.R. Todd, before facing off with No. 1 qualifier and Funny Car points leader Courtney Force in Sunday’s final elimination round.

While Force would put up a hard fight, Hagan would lock-in his second victory of the season, his first since the season-opening event in Pomona, with a run of 4.094-seconds at 288.21 MPH.

“It has been a while since we turned on four win lights,” said Hagan. “Fortunately, we had a good solid car that performed at its best all weekend and this showed after Sunday’s final round.”

Despite defeating Force on the track, the Funny Car Series Girl on Fire continues to lead the points battle going into the NHRA New England Nationals. 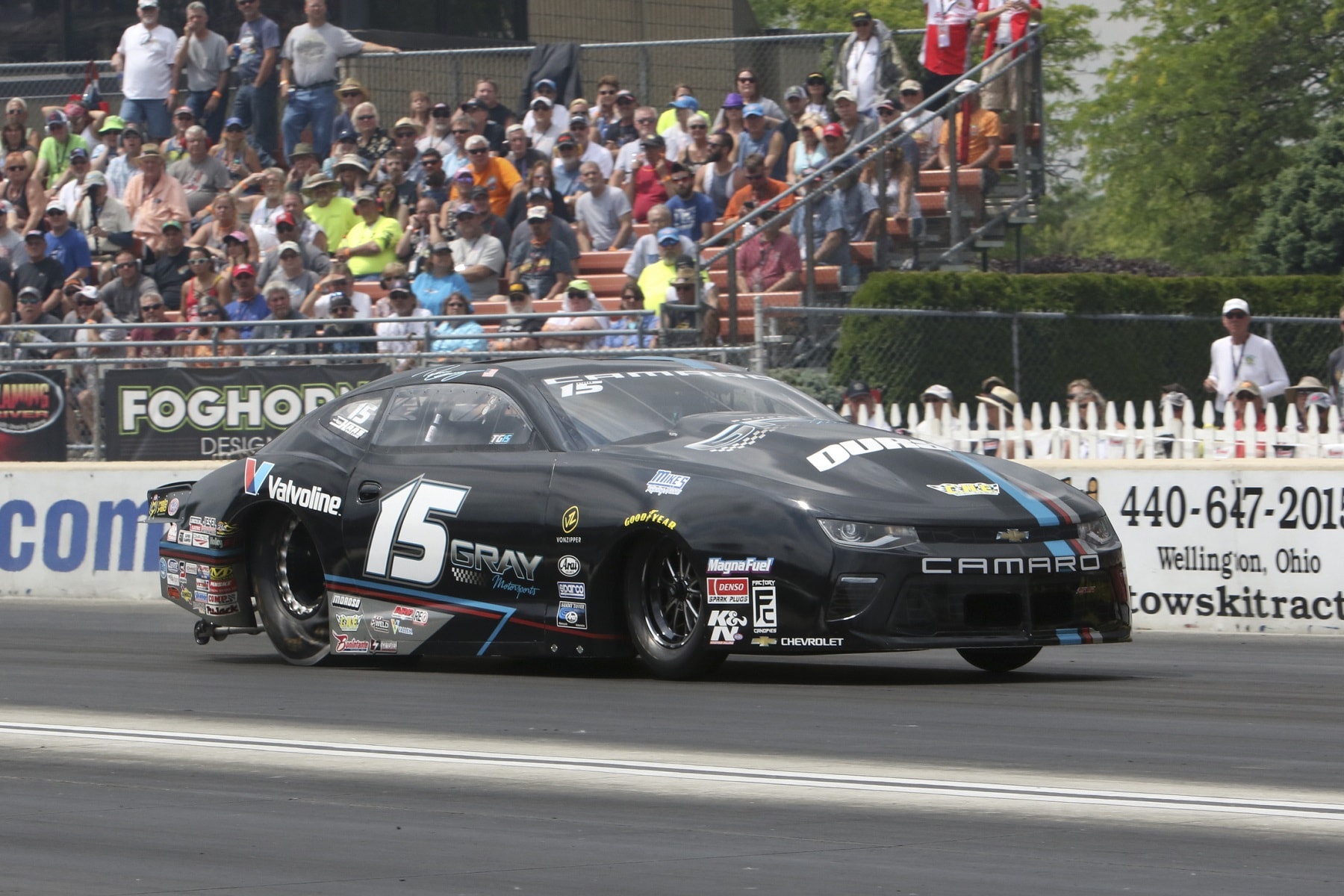 Another young NHRA hot shot would also find an end to his early season slump this weekend at Summit Motorsports Park. After taking down fellow competitors Chris McGaha, Matt Hartford and Drew Skillman, young hot shot Tanner Gray would once again line up against his largest hurdle in the Pro Stock division, Erica Enders in Sunday’s final elimination round.

After a final pass of 6.615-seconds at 209.62 MPH in his Gray Motorsports Valvoline Chevrolet Camaro, Gray would once again take down two-time world champion Erica Enders for his eighth career victory and third of the 2018 season.

“This was definitely a huge accomplishment,” said Gray. “We struggled a bit at the beginning of the season and even did a lot of testing and couldn’t really see where that hard work was paying off because the results were not really showing. That is why it feels good to have finally turned a corner this season.”

The Mello Yello Drag Racing Series continues at the NHRA New England Nationals (July 6-8) at New England Dragway, in Epping, N.H. Stay tuned to RacingJunk.com for all your NHRA coverage!