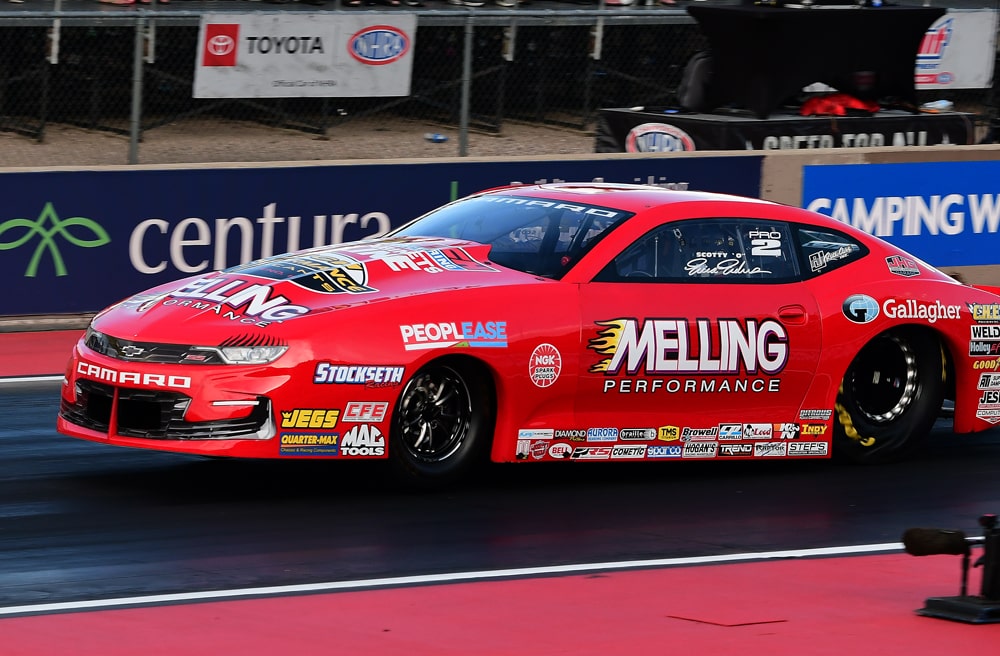 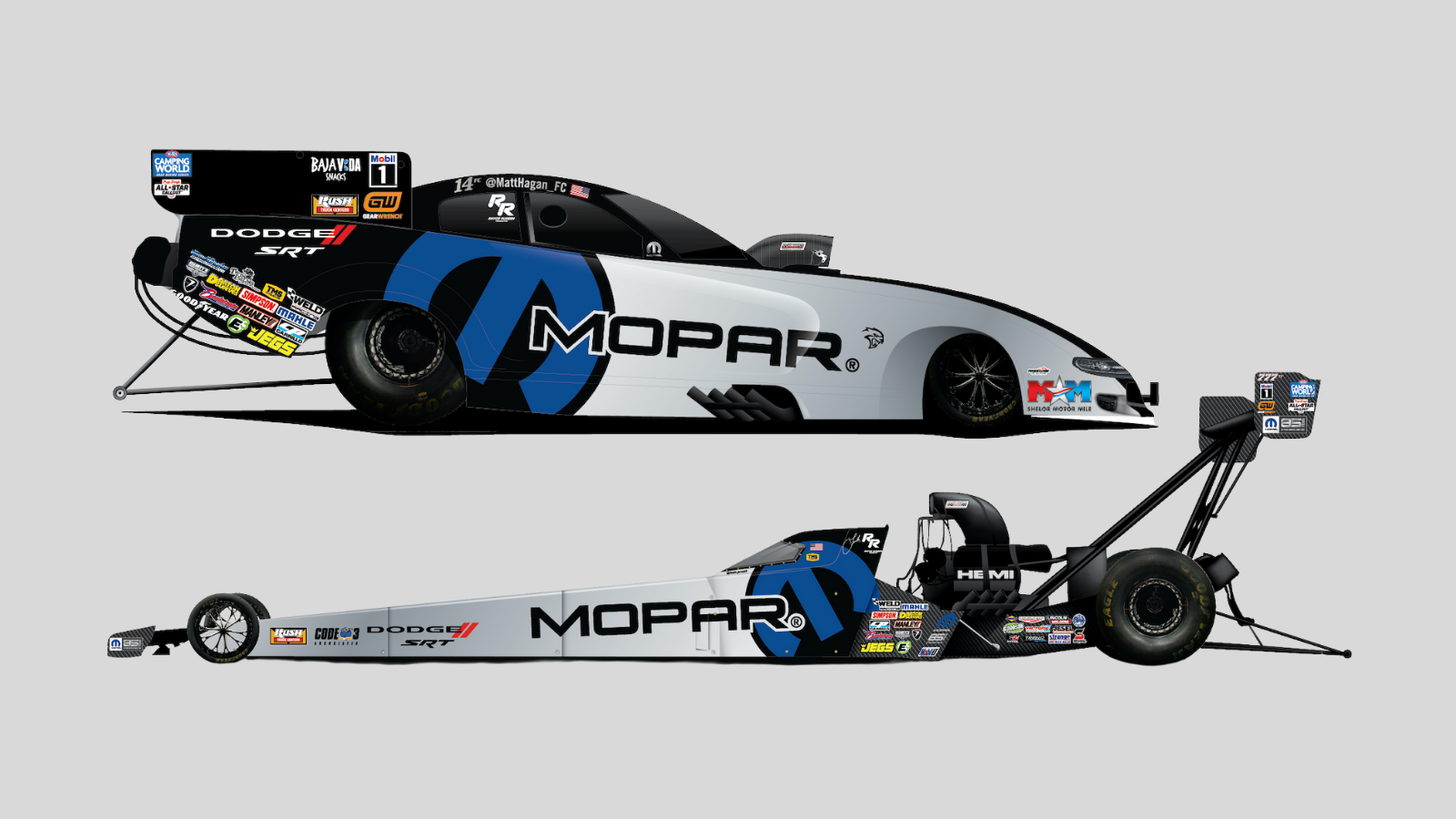 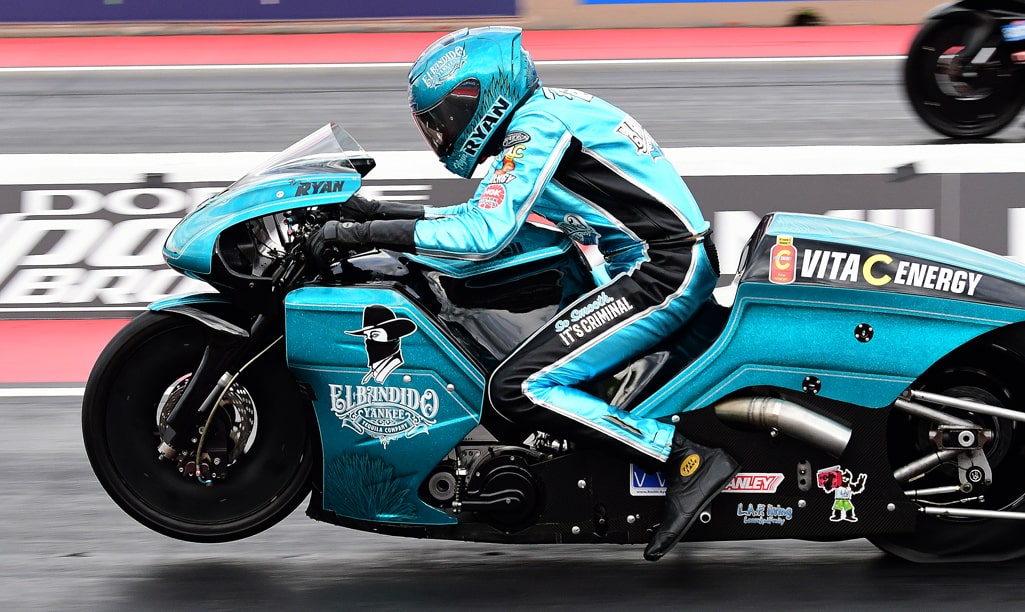 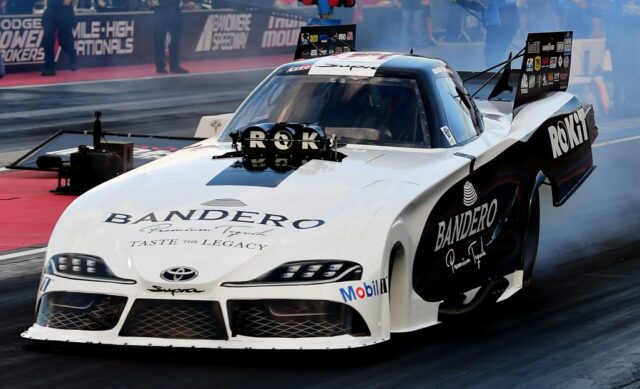 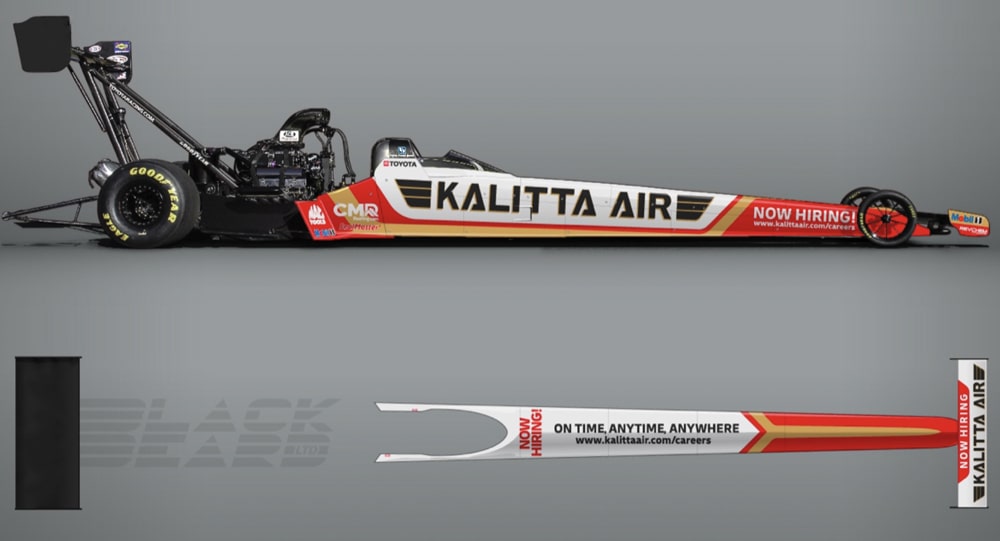 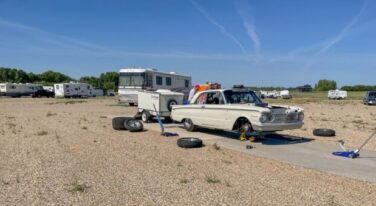 Breaking Down Drag Racing at Miles of Mayhem 2022 Part 2

Is the ’73 Plymouth ‘Cuda the Most MOPAR Car Ever?
Click Here to Begin Slideshow

The year is growing tense as NHRA’s Camping World Drag Racing Series competitors swagger to the close of the “regular” season, before the six-race Countdown to the Championship playoffs begin after the celebrated U.S. Nationals at Lucas Oil Indianapolis Raceway Park (IRP) early next month. All four classes will be competing in the 33rd annual Menards NHRA Nationals on the Heartland Motorsports Park drag strip at Topeka, KS. Every single competitor will have one thing on their mind: a win gets me into the playoffs.

Of course, there are already drivers who have punched their playoff tickets, including Brittany Force in Top Fuel, Robert Hight, Matt Hagan and Ron Capps for Funny Car, Pro Stock’s Elite Motorsports teammates Erica Enders and Aaron Stanfield - but no one in Pro Stock Motorcycle. Even more interesting than the “haves” are the “have nots” that are on the outside looking in.

While we all know the four-time Top Fuel champion Steve Torrence is still looking to capture his first 2022 Wally winner’s trophy, his father, Billy, who was in the thick of the Countdown last year, is now in 18th place, lagging some very competent racers who, for whatever reason, haven’t been able to make their way into the top 10. Billy Torrence is not coming to Kansas to race this weekend.

Who’s on the outside looking in among the dragster crowd? 11th through 16th places belong to most recent winner Tony Schumacher, who’s ten points behind Clay Millican in 10th, three-time champ Antron Brown, (-582 to leader Brittany Force) whose 2022 season accentuates the difficulties of starting one’s own team after being with a successful group for a very long time. Behind him are part-timers Doug Foley, Cameron Ferre, Gainesville victor Tripp Tatum III and Alex Laughlin.

There are 16 dragsters on the entry list, one that includes Force, Mike Salinas, Justin Ashley, Steve Torrence, Josh Hart, Leah Pruett, Shawn Langdon, Doug Kalitta, Austin Prock and Clay Millican - all of whom are now in the top 10. Add Schumacher, Brown, Buddy Hull, Kyle Wurtzel, Terry Totten and Foley and you’ve got a full field, one where the standings could easily shift from the first round of qualifying to the last round of eliminations.

The picture in Funny Car isn’t quite as gnarly as Top Fuel, as three top competitors have already clinched their spots in the Countdown. While there are at least four outsiders trying to get into the top 10 in this class, Chad Green (Ford Mustang), Blake Alexander (Mustang), Terry Haddock (Mustang) and Paul Lee with his Dodge Charger SRT Hellcat really haven’t had seasons worthy of a trip to the playoffs.

On the other hand, the seven racers behind Hight, Hagan and Capps are primed to move up in the standings this weekend, at Brainerd and in Indy. Let’s start with last year’s Topeka winner John Force, currently fourth and 346 points behind Hight, his company’s president. With the two of them holding sole coverage for Chevrolet in this nitro class, their Camaro SS race cars are the cream of this crop. While Hagan is the sole factory-backed Dodge Charger SRT Hellcat racer, he’s joined in the top 10 by Cruz Pedregon in seventh and Jim Campbell’s Charger in tenth place. Notable by their absences this weekend? Neither Tim Wilkerson, currently ninth with his Ford Shelby Mustang and Chad Green.

Capps, who’s making his 600th career professional start this weekend, is the sole winner in the Toyota GR Supra camp, albeit last to that party when his long affiliation with Dodge ended as the driver became a team owner. The Californian has visited the Winner’s Circle twice so far this year, but Toyota’s other two racers in this class, J.R. Todd of Kalitta Motorsports and Alexis DeJoria’s DC Motorsports entry are both experiencing upticks in their performances in the second half of the year.

In fact, it was DeJoria who won the annual Night Under Fire match race at Norwalk last weekend, defeating GOAT John Force. “Our performance has really turned a corner,” she said. Todd, last year’s runner-up in a Toyota Camry at Heartland Park, was the runner-up in Seattle. There are only 14 floppers on the entry list at Heartland Park Topeka, which means everyone makes the show and two drivers get bye runs in at least the first round on Sunday. John Force has ten career wins at this track; will he get No. 11 this weekend?

Pro Stock’s Elite Motorsports is having a fabulous season in 2022, with Enders and Stanfield atop the points chase. Looking beyond the top 10 right now, there are a few racers who you’d normally expect to be in the playoff chase that just aren’t performing this year. Deric Kramer, currently 11th and Chris McGaha in 14th place are the brackets for Fernando Cuadra Jr. and Cristian Cuadra, both driving Ford Mustangs prepped by Elite, while Fernando Cuadra Sr is in 15th place without a chance to move forward.

At this point in time, with two races remaining in this regular season - Pro Stock doesn’t race at Brainerd - Bo Butner, also an Elite Motorsports entry, is in tenth place, 603 points behind Enders. Third through ninth places are filled mostly by KB Racing entries and racers who have chosen to do their own prep work and engine programs. Third place belongs to Kyle Koretsky, with Greg Anderson (still seeking win No. 100) and Dallas Glenn representing the best of KB’s entries. Mason McGaha follows, while Elite’s Troy Coughlin Jr., who became a first-time class winner in Seattle is seventh in the standings. Rookie Camrie Caruso, Matt Hartford (the Denver winner) and Butner. round out those standings.  Everyone in the top 10 is driving a Camaro.

There are 15 Pro Stock cars on this week’s entry list, and that list mirrors the points standings. One driver will be fortunate to earn a bye to the second round on Sunday.

Pro Stock Motorcycle didn’t race at Seattle this year, but returns to competition for the final three races in the “regular season” at Heartland Motorsports Park. Of the riders not in the top 10 going into this race, eyes should be on Ryan Oehler, racing his Buell and doing much of his own prep work on that motorcycle. He’s 25 points behind tenth-place Jimmy Underdahl (Suzuki) right now and, while Oehler’s season hasn’t been the best on-track, he has managed to pick up some viable partnerships, with El Bandido Yankee tequila and Vita C energy.

There was no Heartland appearance for this class in 2021 and there are 14 motorcycles on the entry list, making their way to Topeka. There are five champions among them, including reigning and five-time champ Matt Smith, three-time champ and points leader Angelle Sampey, three-time champ Eddie Krawiec, Jerry Savoie and LE Tonglet IV. By virtue of his accelerated finishes and first career blue winner’s cap at Sonoma, Joey Gladstone and his Reed Motorsports Suzuki stands just two points behind Sampey’s Vance & Hines Suzuki, while former points leader and fellow Suzuki runner Steve Johnson is just 12 points in arrears. The entry list says Matt Smith will be racing his Suzuki this weekend, but we know he’s got that winning Buell in his trailer.

Krawiec and his Vance & Hines Suzuki are in fifth place behind Matt Smith, with Karen Stoffer on her Suzuki in sixth place. Angie Smith is seventh with her very fast Buell, followed by White Alligator Racing’s Savoie in eighth, Marc Ingwersen’s Buell in ninth and Underdahl in tenth place. Once again Kelly Clontz is not riding this weekend, ceding her seat to Tonglet, who won the title in his rookie, 2010 season. She’s in 12th place right now and has a 112-point lag to Underdahl in tenth. This entry list includes David Barron on a Buell, Jianna Evaristo’s Suzuki and Chris Bostick with his Suzuki.

It’s gonna be hot. How hot? Let’s just say, with the humidity normally experienced in the heartland of the United States, it’ll feel even more heated at the track, especially with sunshine predicted for the full weekend. Friday should be the coolest day of the race meeting - at 95 degrees - with 100 predicted on Saturday and 99 on Sunday. With Pro Mod, Top Alcohol and a variety of sportsman classes on the docket, comfort during the daytime will be a luxury. On Friday, pro qualifying begins at 6:30PM, right about sunset, while steamy Saturday will see pro qualifying sessions at 1PM CT and 5PM. Sunday’s eliminations will begin at 10:30AM, All broadcasting will be on FS1 with re-airs on both FS1 and FS2.

Click Here to Begin Slideshow
Erica Enders Denver 22.
Hagan and Pruett.
Ryan Oehler.
Alexis DeJoria Denver 22.
Doug Kalitta's rail for Topeka.
Back to Post
About Anne Proffit 951 Articles
Anne Proffit traces her love of racing - in particular drag racing - to her childhood days in Philadelphia, where Atco Dragway, Englishtown and Maple Grove Raceway were destinations just made for her. As a diversion, she was the first editor of IMSA’s Arrow newsletter, and now writes about and photographs sports cars, Indy cars, Formula 1, MotoGP, NASCAR, Formula Drift, Red Bull Global Rallycross - in addition to her first love of NHRA drag racing. A specialty is a particular admiration for the people that build and tune drag racing engines.