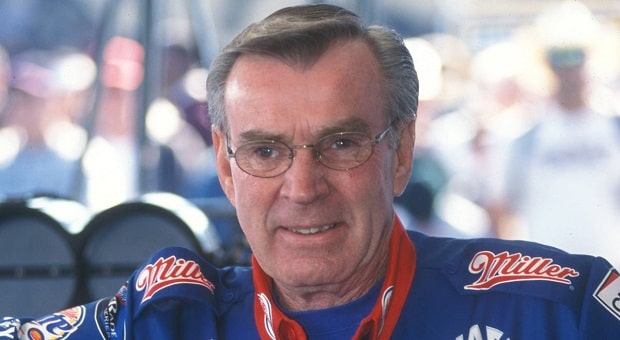 NHRA drivers, crew members and fans are mourning the recent loss of a legend. Former NHRA Top Fuel championship-winning driver and crew chief Dick LaHaie passed away on Dec 5 at the age of 76 years.

The 1987 NHRA Winston Top Fuel champion and two-time championship crew chief, for Scott Kalitta in 1994 to 1995 and for Larry Dixon in 2002 to 2003, began his drag racing career at the age of 17. After winning this race and many others throughout his time as a driver, including an NHRA world championship, LaHaie became an integral part of Kalitta Motorsports.

In 2000, LaHaie was a vital part of the resurgence of the Don Prudhomme-backed Top Fueler driven by Dixon, which finished third that year, second in 2001, and won the championship back to back in 2001 and 2002. LaHaie retired from his crew chief role in 2005 and has been enshrined in numerous drag racing and motorsports halls of fame, including the Michigan Motorsports Hall of Fame and the International Drag Racing Hall of Fame, in recognition of his sterling career.

After Kalitta Motorsports announced the passing of this NHRA legend, both drivers and fans have begun expressing their condolences throughout social media.

Heavy hearts in the world of @NHRA drag racing today as we remember a man who was a true pioneer in our sport. Dick LaHaie helped shape the NHRA and Kalitta Motorsports into what it is today.
Our thoughts and prayers are with the LaHaie family at this time.
Rest easy Legend. pic.twitter.com/igkJjTGciF

It’s a special #tbt to honor the great Dick LaHaie. It was 1987 when he raced to his first Top Fuel Championship! pic.twitter.com/EofEhfQCWn

Always a tremendous amount of respect for #DickLaHaie. Although he’s no longer with us, his accomplishments as both driver and tuner make him unforgettable! Prayers to Kim, Tim and the LaHaie Family.

My condolences to the LaHaie Family on the loss Dick LaHaie😢😢😢🙏🙏🙏R.I.P. Dick LaHaie, GODBLESS #DickLaHaie

We at RacingJunk.com send our condolences to this NHRA legend’s friends and family as well as his entire NHRA racing family.