At just a little over halfway through the regular 2019 NHRA Mello Yello Drag Racing Series schedule, some of the most accomplished series champions continued to prove that they have what it takes to dominate the sport they love for years to come. After reigning Top Fuel world champion Steve Torrence won six-straight races to close out his 2018 championship season, some predicted the feat might never be duplicated. Thanks to winning his fifth straight Wally award at this weekend’s Menards NHRA Heartland Nationals, it seems like the current king of Top Fuel is well on his way back to a repeat winning season. The best part about earning this victory is having the opportunity to share the spotlight with past Funny Car champion Robert Hight, who is the only driver to come close to matching Torrence’s dominance this season. 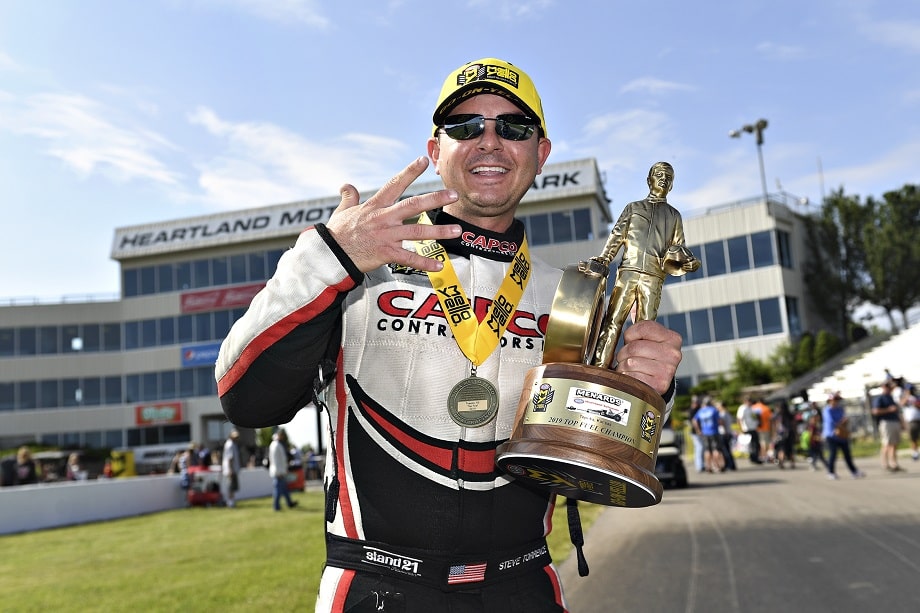 Kicking off the weekend with one of the lowest qualifying runs, Steve Torrence continued to surpass the competition after a bye in Sunday’s first round and defeating Top Fuel champion Antron Brown in this weekend’s semifinal round. This gave the son of the great Billy Torrence an opportunity to race his father for the first time in a final round.

Despite giving the man who helped make him who he is today a hundredth of a second head start, Steve Torrence rallied to win with a 3.750-second, which is just eight-thousandths of a second of Billy Torrence’s 3.768-second, pass for his 32nd career win. This was NHRA’s second father-son Top Fuel final after the 1994 Gatornationals, where Connie Kalitta defeated his son, Scott. Torrence now has 36 wins in his career counting his four alcohol wins.

“This win is definitely something that will stand out in my mind for years to come,” said Torrence. “After racing with my dad growing up, I continued to have a goal to defeat him. We are both pretty competitive guys, which is why this win is better than my first final and even my first race win ever.”

Thanks to his fifth straight win this season, Torrence now sits on top of the Top Fuel point standings by over 300 points heading into Bristol. 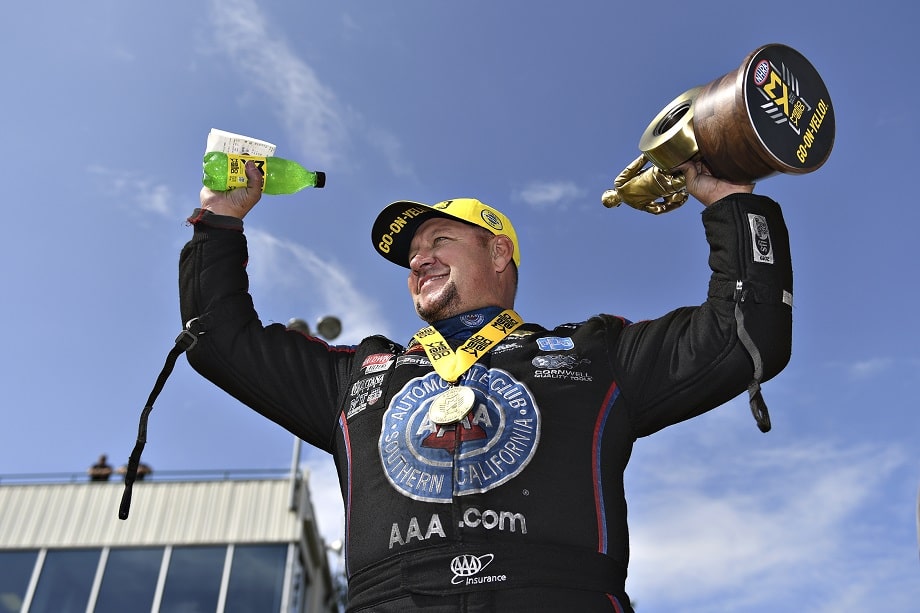 Torrence wouldn’t be the only past champion on top this weekend in Kansas. Despite having to come back from a No. 9 qualifying position, 2017 Funny Car world champion Robert Hight began to earn his stride during Sunday’s elimination rounds. After taking down Shawn Langdon with a 3.897-second pass in the first elimination round, Hight had an opportunity to take down the 2018 Funny Car world champion before moving on to last weekend’s Funny Car winner Tommy Johnson, Jr. in Sunday’s semifinal round.

After racing past Langdon, J.R. Todd and Johnson, Hight continued to demonstrate his skill over this weekend’s Funny Car field by winning his fourth race of the year at the Menards NHRA Heartland Nationals presented by Minties. Hight drove his Auto Club Camaro to a 3.895-second pass at 330.88 MPH to defeat Jack Beckman, who left the line first in Sunday’s final round, but fell behind before the finish line with a 3.969-second pass in his Infinite Hero Dodge.

Thanks to this win Hight now has 49-career wins, which ties him with NHRA Hall of Famer Don “the Snake” Prudhomme.

“Although qualifying didn’t quite go as I had hoped, our John Force Racing team seemed to get it together on Sunday, which had us performing at peak levels,” said Hight. “When you go through the ladder the way we did with Shawn Langdon, who is great on the Tree, and J.R. Todd, who is a past Funny Car champ for a reason and even last weekend’s winner Tommy Johnson Jr. to take on former champion Jack Beckman in the final is pretty impressive. The truth is it doesn’t get any tougher than this, which is why this win is so well-earned.”

Like Torrence, Hight also leads the Funny Car points battle as he and his John Force Racing team travel to Bristol. 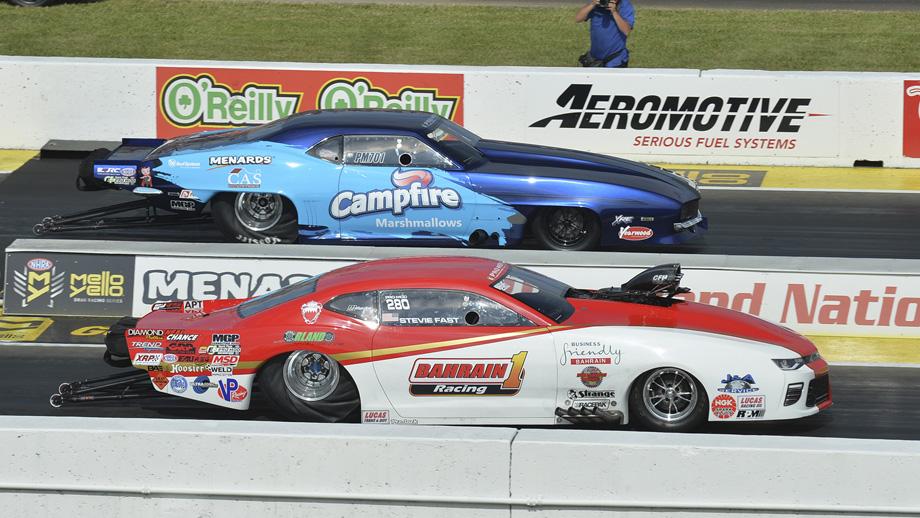 While the champions of the Pro Stock series had the weekend off, the E3 Spark Plugs NHRA Pro Mod Drag Racing Series, presented by J&A Service, were back on track at the 31st annual Menards NHRA Heartland Nationals presented by Minties for the series sixth of 12 races during the 2019 season.

Although the elimination rounds for this series was marred by some pretty impressive crashes, Stevie “Fast” Jackson would claim his second victory of the 2019 season at Heartland Motorsports Park after running a pass of 5.747-seconds at 251.72 MPH in his Bahrain1 Chevrolet Camaro to pick up the final round win against Clint Satterfield.

“This race right here has nothing to do with going rounds or winning; it is about doing something that means everything to someone else,” said Jackson. “My crew chief, Billy Stocklin, lost his dad and I told him we were going to get this for him, and I am so glad that we were able to earn this for him and his family.”