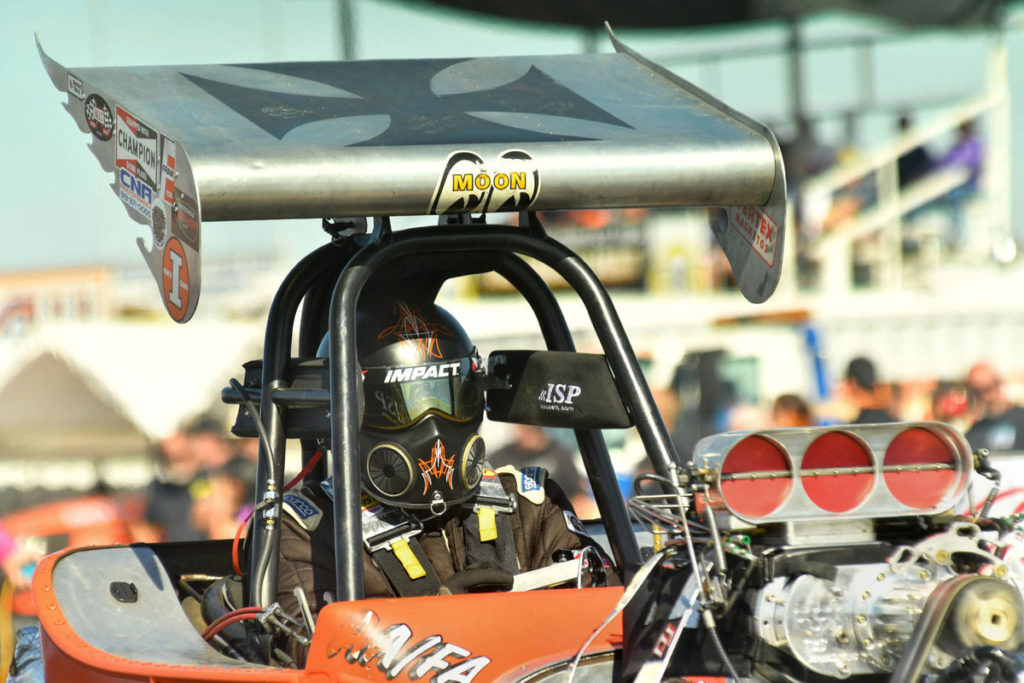 This weekend’s 26th Annual California Hot Rod Reunion at Famoso Raceway in Bakersfield, a celebration of quarter-mile nostalgia nitro racing and California hot rod culture, ended in tragedy with the injury and subsequent passing away of Kansas based Fuel Altered racer Brett Henry.

During the first qualifying session on Saturday, the throttle hung open on Henry’s Iron Mistress AA/Fuel Altered dragster sending Henry out of control and into the guardrail after crossing the finishing stripe. According to track officials, Henry was responding to medical and safety staff after his nitro-burning powerplant came to a stop as well as during his transport to Kern Medical Center, in Bakersfield, CA.

As this weekend’s racing activities wrapped, participants learned of Henry’s death. “It is with very heavy hearts that we report Brett Henry passed away after a racing accident that occurred Saturday at the California Hot Rod Reunion,” said NHRA officials. “The NHRA, the NHRA Motorsports Museum, Auto Club Famoso Raceway and the entire racing community extend their deepest condolences and their prayers to the participant’s family and friends. We also ask that everyone respect the family’s privacy during this difficult time.”