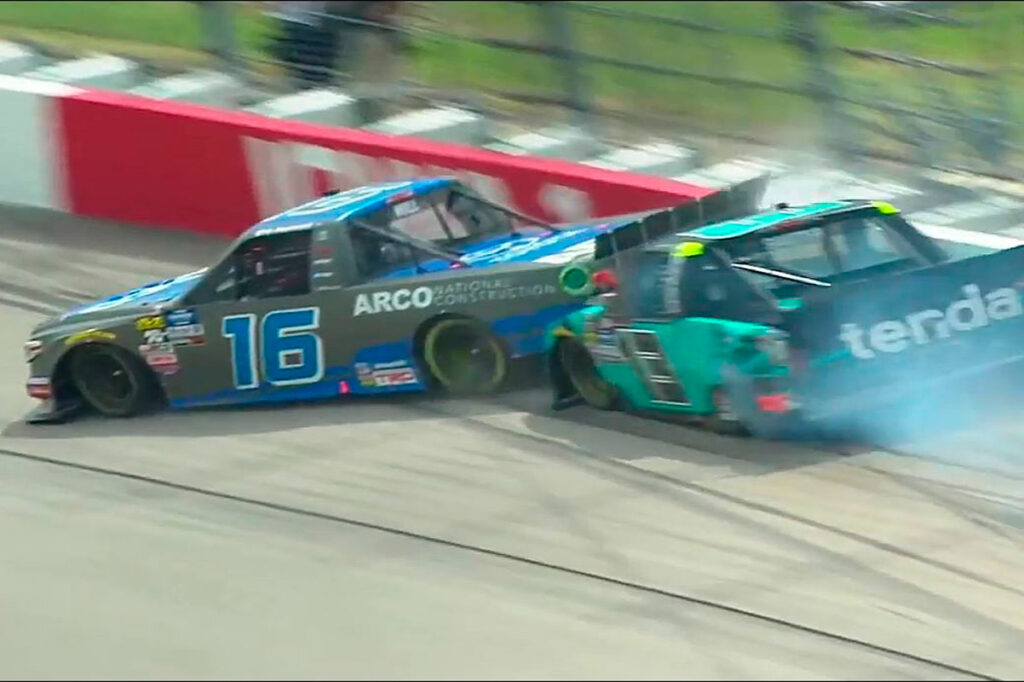 NASCAR’s Gander Outdoor Trucks and XFINITY Series breezed into the Iowa Speedway for the Father’s Day weekend and left Sunday evening with fan adrenaline levels peaking. Saturday’s NASCAR Gander Outdoors Truck Series M&M’s 200 was postponed to Sunday due to rain but once the green flag flew, the excitement was at maximum levels until the checkers waved on Ross Chastain crossing the line in first. Sunday evening’s NASCAR XFINITY Series CircuitCity.com 250 also left fans gasping for breath as Christopher Bell was crossing the finish line. 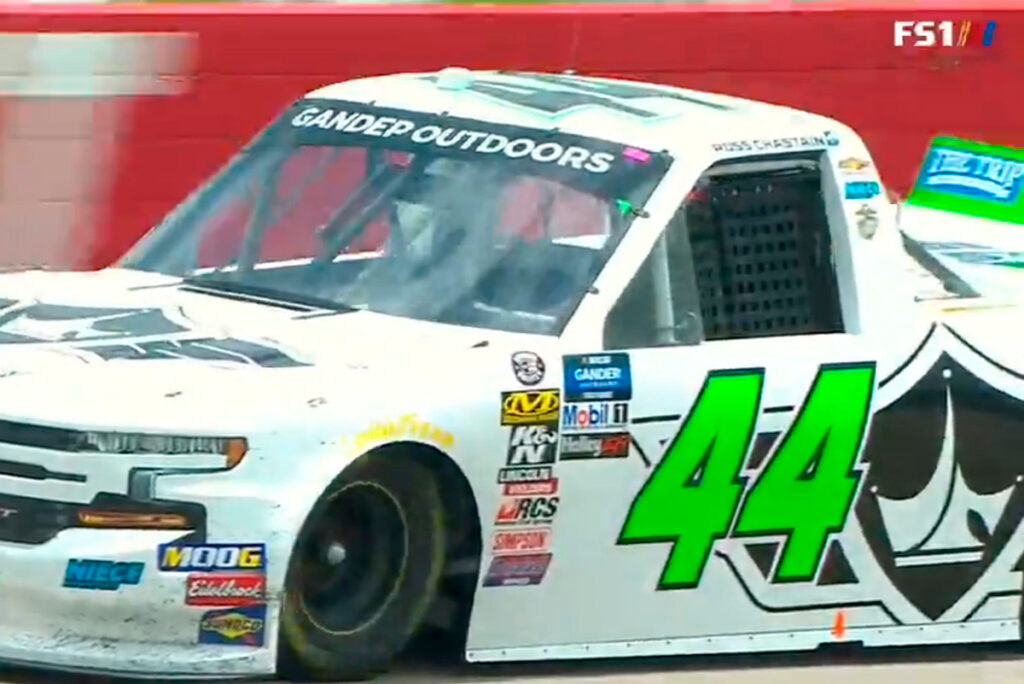 Ross Chastain dominated the NASCAR Gander Outdoors Truck Series M&M’s 200 almost from the drop of the green to the waving of the checkers on the final lap in his Number 44 truck. The Niece Motorsports driver’s lead at the end of Stages 1 & 2 was comfortable and he appeared to be breezing to an easy victory. This also seemed to be the case when he took the checkers. Brett Moffitt in the GMS Racing Number 24 crossed the line in second while the ThorSport Racing Number 99 of Ben Rhodes finished in third. Although Chastain was dominant throughout the race, the action from second through 30th was hot and heavy with drivers going two, three, and four wide and sometimes using the “chrome horn” to make and finish passes.

However, a few hours after the end of the truck race, NASCAR officials declared Moffitt the winner after post-race inspections found Chastain’s truck to be too low in the front. Niece Motorsports is appealing the penalty in an expedited process. Harrison Burton in the Kyle Busch Racing Number 18 crossed the finish line in fourth but moved up to third after Chastain’s disqualification. Chastain and Niece had recently announced that he would run for points in the truck series this year (after declaring for XFINITY earlier in the year) and he needed the win in order to qualify to do so.

In other truck series news, Johnnie Sauter was garaged for the rest of the race when he chased down and put the 16 truck of Austin Hill into the wall under caution after Hill had moved Sauter out of the way, causing Sauter to hit the outside wall and bring out the caution. 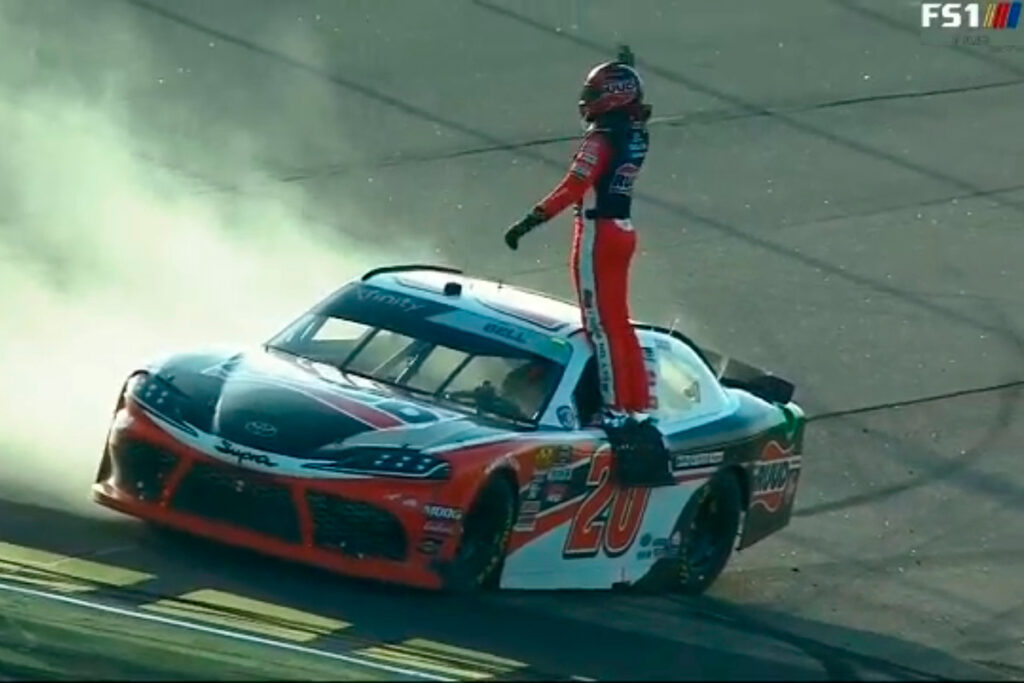 Sunday evening’s NASCAR XFINITY Series CircuitCity.com 250 could have been renamed The Christopher Bell Show.” Basically from the drop of the flag there was no doubt that unless something really bad happened to him during the race or a pit stop Bell was going to leave Iowa with the fourth win of his season. The Joe Gibbs Racing driver led a race-high 186 out of 250 laps.

Pole sitter Cole Custer took his Stewart-Haas Racing Number 00 to a strong second place while Junior Motorsports driver Justin Allgaier had another workman finish of third place in the Number 7. While there really wasn’t much question of who would win the race, the rest of the field put on a great show, with the action up to four wide with three- and four-way battles for position throughout the pack.