The NASCAR Gander Outdoors Truck Series was off this weekend as NASCAR swept into the Monster (Magic) Mile of New Hampshire Motor Speedway. Christopher Bell won his fifth of the season and the 13th of his young career in Saturday’s NASCAR XFINITY Series Roxor 200. Kevin Harvick was able to put this year’s demons behind him with his first win of the season. 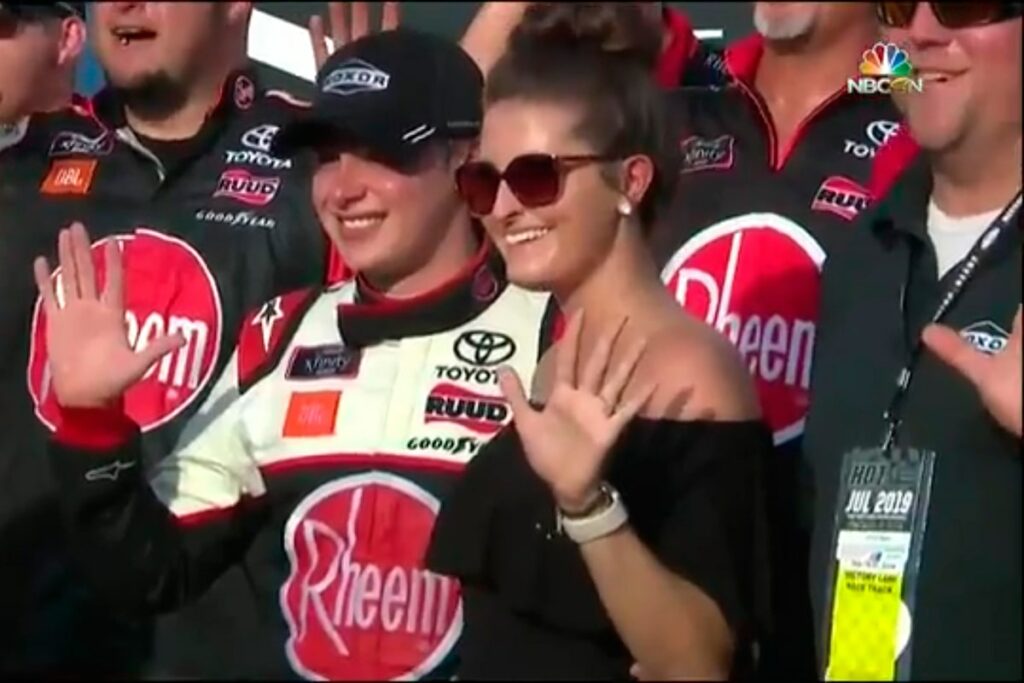 Joe Gibbs Racing phenom Christopher Bell won the pole for Saturday’s NASCAR XFINITY Series Roxor 200 at Loudon. Bell took off to a convincing lead right from the drop of the hat, but had a bad pit stop under caution early on and surrendered the Stage 1 lead and win to the Number 19 of teammate Brandon Jones. Bell recovered during Stage 2 to take the win and then pretty much never looked back. 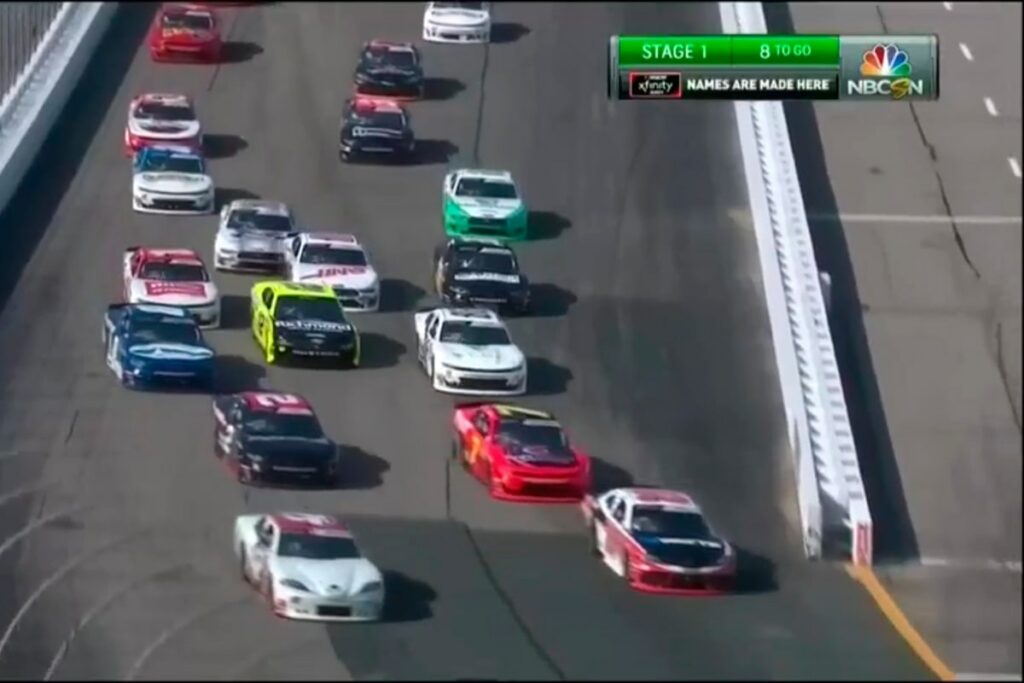 There was never really any doubt about who was going to win the race. The action was all behind Mr. Bell. Fights for position and passes were numerous and hard fought throughout the race. Drivers seemed to think the race was a short one as they took off and the battles began from the drop of the green. Cole Custer continued his awesome season, earning his second place finish. Justin Allgaier solidified his pointing into The Chase with a strong third place finish. After the race, Bell was heard to say on the radio: “Great job, everyone on the team. That was fun.” Bell led 186 of the 200 laps during the race and has led more than 1,100 laps this year. 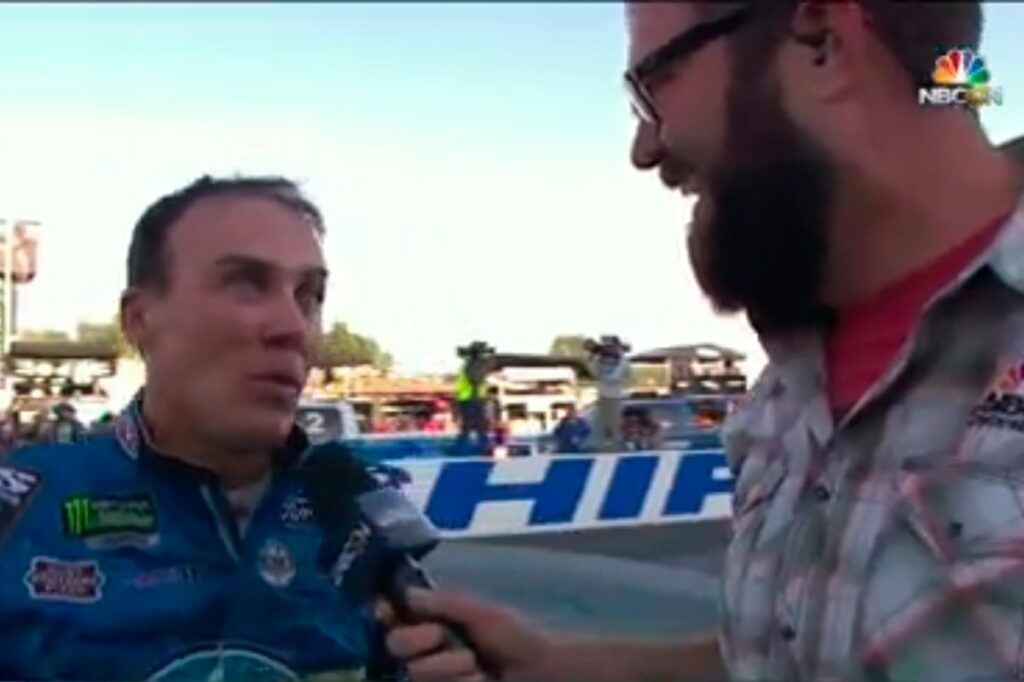 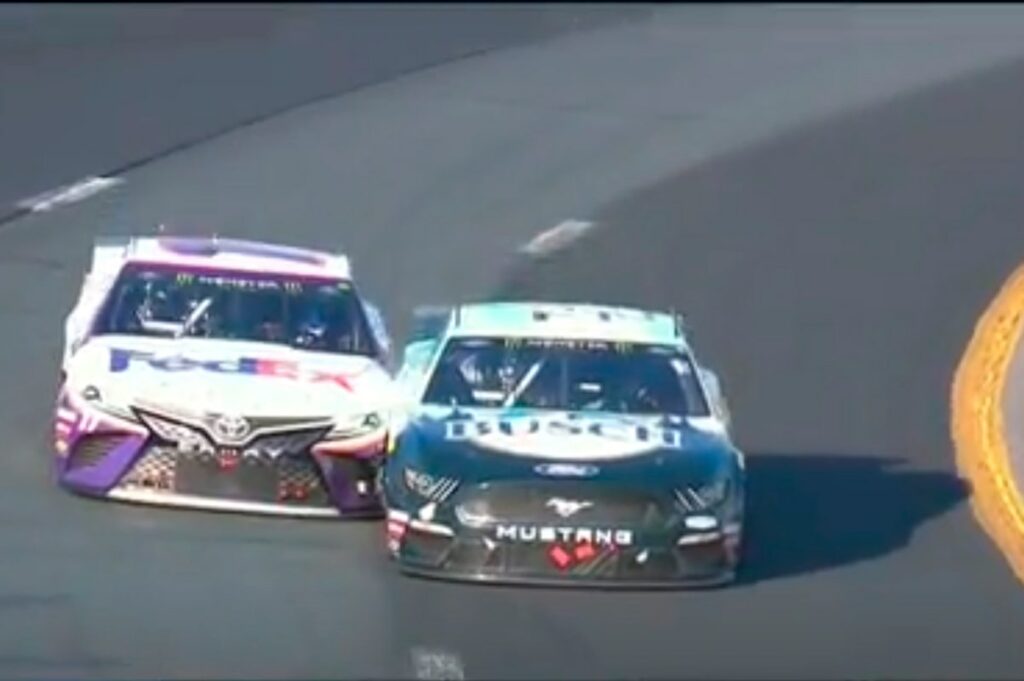 Kyle Busch looked like he had the car to beat early on, winning Stage 1. Stage 2 had a surprise winner in Aric Almirola. There were times during the race when Kyle, Denny Hamlin and others drove away to leads of up to five seconds, but others always caught back up to the leaders. Happy’s race win came down to the line with an extra-tight battle on the last lap between him and Denny in the JGR Number 11. Harvick’s Stewart-Haas Racing Number 4 beat Hamlin by a tiny margin. Hamlin’s JGR teammate Erik Jones drove his Number 20 to a third place finish after a pit road speeding penalty and contact on pit road.