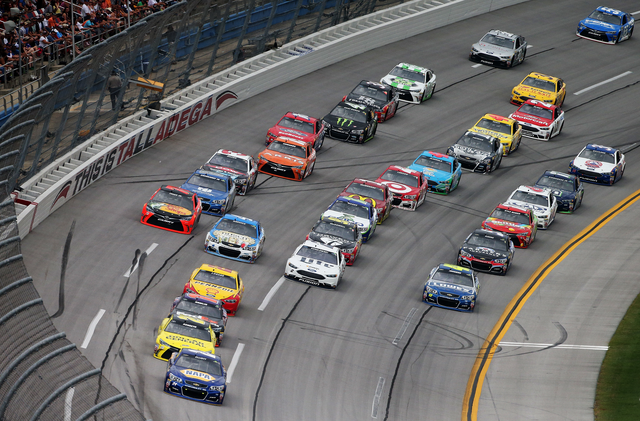 The result is three unique schedules featuring race tracks that have hosted record-setting races already this season with the majority of the season still remaining.

One noteworthy change in the 2017 NASCAR Cup Series is that the schedule includes a date swap between a track that just hosted one of the most competitive races in its history and one that will showcase the lower downforce competition package this upcoming weekend.

Talladega Superspeedway, which had the second-highest total of green flag passes for the lead ever recorded last Sunday (213), will become the second race in the Round of 12 in 2017 while Kansas Speedway will now become the third and final race in that round.

“Announcing the 2017 national series schedules this early in the season is another example of the collaborative spirit across the NASCAR industry,” said NASCAR executive vice president and chief racing development officer, Steve O’Donnell. “It is an exciting time in NASCAR, with some of the most intriguing racing we’ve seen in years. With the 2017 schedule solidified, the industry can now concentrate on the remainder of this season, while planning for the future much earlier than in previous years.”

The NASCAR Cup Series for the 2017 season will open with The Great American Race, the Daytona 500, on Sunday, Feb. 26. The season will continue on until its final race, the Cup Series Championship Race at Homestead-Miami Speedway, on November 19.

The NASCAR Xfinity Series will kick off at Daytona on Feb. 25 and will crown its champion at the final race at Homestead on November 18. For the second consecutive season, Iowa will host a NASCAR Xfinity Series-NASCAR Camping World Truck Series companion weekend on June 23-24.

The NASCAR Camping World Truck Series will open the season at Daytona on Feb. 24 and continue until Nov. 17 at Homestead.

See below for all three NASCAR series schedules: