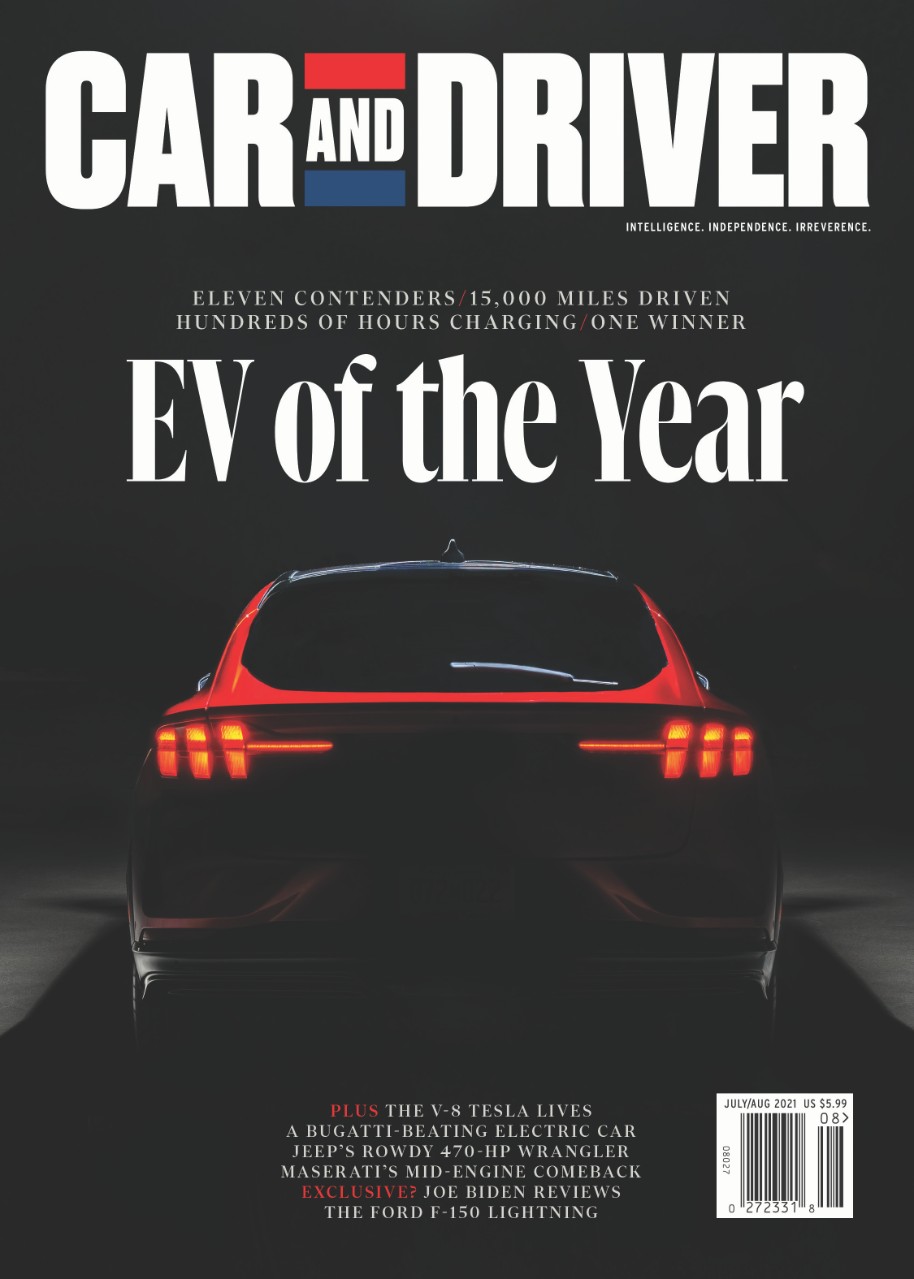 Love it or hate it the 2021 Ford Mustang Mach-E took home Car and Driver’s inaugural Electric Vehicle of the Year Award, adding another coveted honor to its trophy case and beating overall top-rated EV competitors along the way.

Car and Driver put 11 of the best electric vehicles through rigorous testing over a three-week period, including a 1,000-mile road trip to evaluate each in real-world conditions. Mustang Mach-E took the No. 1 spot.

“We felt that if a carmaker was looking to convert people from EV skeptics to EV evangelists, there’s not a better vehicle out there than the Mustang Mach-E,” said Sharon Carty, Car and Driver editor-in-chief. “It’s a familiar shape and size of crossover. It’s in the sweet spot of what Americans love. It’s beautiful. It’s a design that gets noticed. It has a range and charging speed that is very competitive.”

“Mustang Mach-E is the start of what we can do to compete in the EV revolution,” said Darren Palmer, Ford general manager, battery electric vehicles. “Its continued success in the form of happy customers, sales and awards are all signs of the momentum we are building. Accolades like the Car and Driver Electric Vehicle of the Year are particularly rewarding for the team who designed this performance battery electric vehicle to be truly fun to drive. It can only get better as we continue to learn from and grow with our customers.”

The 2021 Mustang Mach-E has claimed a number of other awards including Car and Driver’s Editor’s Choice Award earlier this year, plus the Cars.com Eco-Friendly Car of the Year Award, AutoGuide’s Utility of the Year, Green Vehicle of the Year and Autoweek’s Car Buyer’s Award.

“We could have made a boring electric vehicle, a compliance vehicle that looks like a dust buster,” said Palmer. “But we decided people need an EV with soul. So we built them an all-electric Mustang SUV that is disrupting the status quo in electric vehicles. And the Mustang Mach-E GT and GT Performance Edition are still to come.”

The full story on Car and Driver’s very first Electric Vehicle of the Year can be found here and in the new July/August issue of the magazine, available now everywhere magazines are sold.