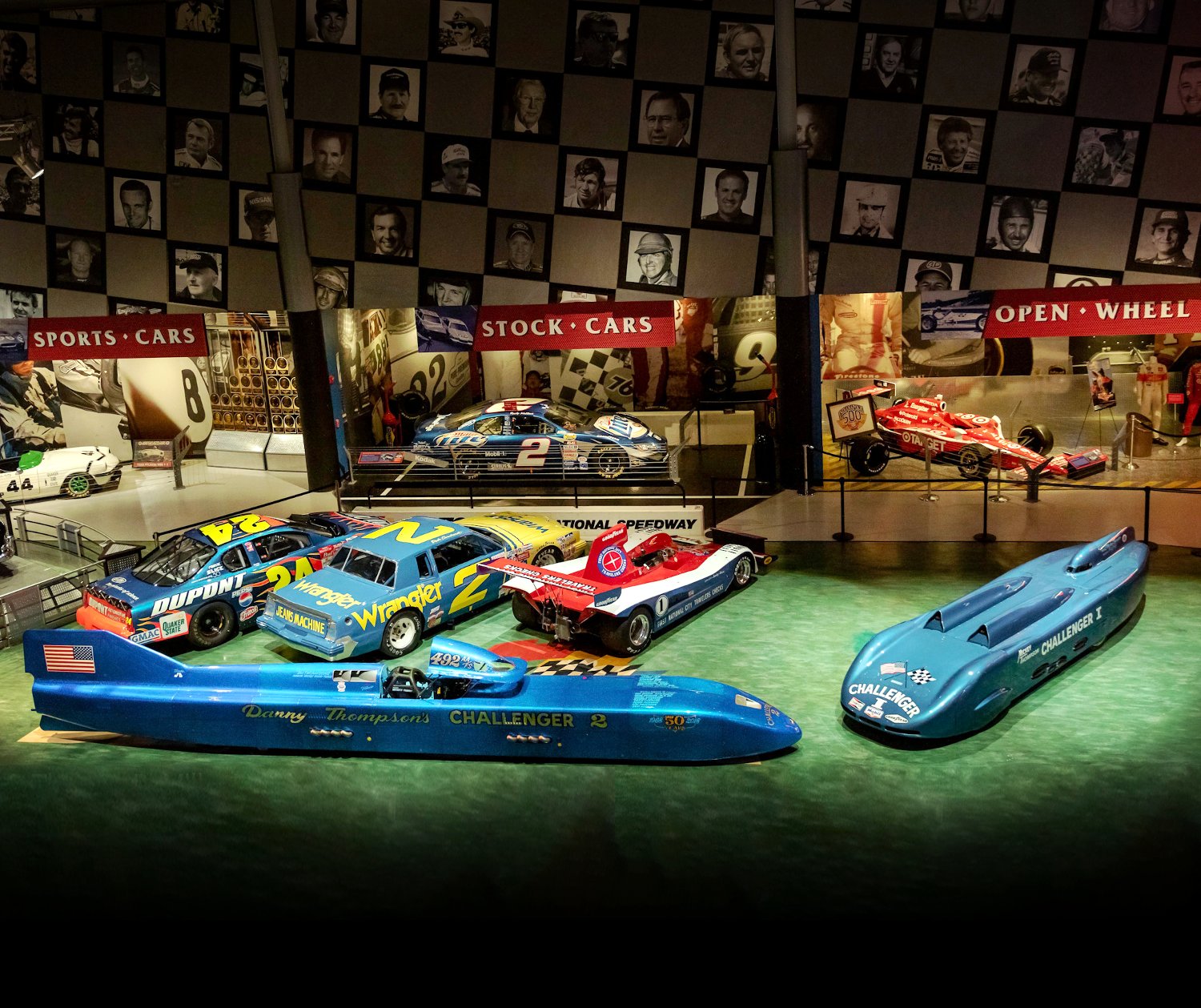 After being unable to hold its 2020 induction ceremonies, originally set for mid-March of last year, the Motorsports Hall of Fame of America (MSHFA) has rebounded with a 2021 class that should please everyone in the racing game. The 33rd class of nine outstanding racers – three of them women, a first – was revealed during the Rolex 24 at Daytona International Speedway. The grouping includes inductees from stock cars, drag racing, open wheel, motorcycle racing, power boats, sports cars. historic competition and media.

It is not known yet when ceremonies will be scheduled to induct these stellar Hall of Fame racers, but they become part of 269 “Heroes of Horsepower” in the MSHFA, which is on the grounds of Daytona International Speedway and is open to the public on most days year-round, excepting holidays and on major race and event days.

“The Class of 2021 is history-making in so many respects,” said George Levy, president of the Motorsports Hall of Fame of America. “Janet Guthrie, Fran Muncey and Judy Stropus comprise the first-ever class with three female inductees. Fran joins inaugural class inductee Bill Muncey as the only husband and wife inductees. And Davey Allison, Bobby Allison and Donnie Allison join Bobby Unser, Al Unser and Al Unser Jr. as the only families with three individually inducted members,” he said.

Each MSHFA inductee is selected by a straight vote of 200 motorsports experts. Half this group are inductees at the Hall of Fame and regular voters include Mario Andretti, Tom D’Eath, Chip Ganassi, Don Garlits, Parnelli Jones, Scott Parker, Richard Petty, Don Prudhomme and other legends in the racing game.

Allison, named on of NASCAR’s 50 Greatest Drivers was the eldest son of Bobby and was on his way to becoming one of the all-time greats in the sport before dying at 32 in a helicopter accident. Briton John Cobb set a 1939 Land Speed record at the renown Bonneville Salt Flats in a piston-engine, wheel-driven Railton Special, and yet another that stood from 1947 to 1993. Larry Dixon Jr.’s three Top Fuel titles came in 2002, 2003 and 2010 after becoming the 1995 Rookie of the Year. Dixon owns 62 wins (No. 2 behind Tony Schumacher), 51 No. 1 qualifiers and 45 low ETs in his career.

Guthrie’s abilities behind the wheel brought her to Indianapolis Motor Speedway and Daytona. She was the first woman to compete in both the Indianapolis 500 and Daytona 500, paving the way for many other women in the sport. She was the first woman to lead a NASCAR Cup Series race (Ontario 1977) and has a highest Cup finish of sixth. Nicky Hayden, “The Kentucky Kid” won the 2006 MotoGP championship, breaking Valentino Rossi’s streak of five straight titles. He was killed while bicycling in 2017. Robin Miller’s writing and broadcasting skills have made him the ultimate voice of Indy car racing, where he reports and gives opinion on the series. He has the ear of every leader in the sport.

Fran Muncey succeeded her husband, Bill (inducted into the Hall in 1989) and kept his powerboat team going after his death, leading his Bill Muncey Enterprises team to 24 wins and a record seven straight Gold Cups, in the process successfully transitioning the sport from piston-powered to turbine boats. Ray Nichels’ Nichels Engineering was an engine-building powerhouse in NASCAR’s early days, building for Pontiac and Chrysler and winning titles in USAC, NASCAR< ARCA and IMCA. Judy Stropus’ talent at timing and scoring was so accurate that many sanctioning bodies used her scoring tabulations to correct their own errors. A former driver, she found her niche, working with most of the top teams in American motorsports before computers sent her into the public relations arena, where she also succeeded.