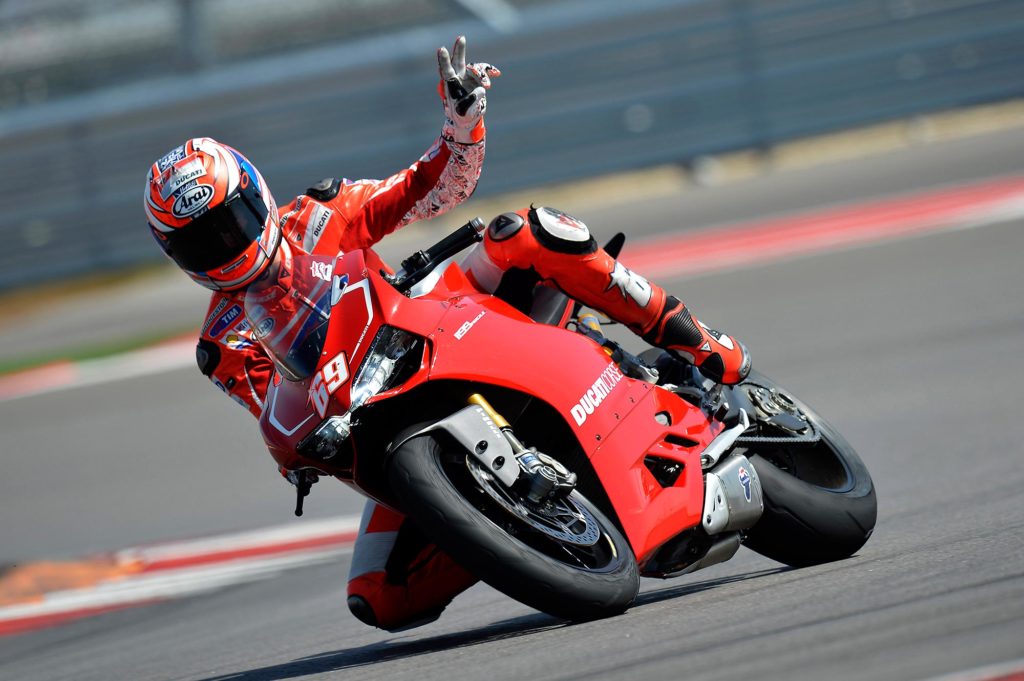 Motorsports fans are in mourning this afternoon after learning of the passing of former MotoGP champion and current Honda World Superbike factory rider Nicky Hayden. Just five days after colliding with a car in a bicycle accident in Italy, the 36-year-old American rider succumbed to injuries suffered during the incident.

A statement released Friday by the hospital confirmed he had sustained multiple injuries, including serious cerebral damage after being thrown on the bonnet and right into the windshield of a black Peugeot.

According to a statement from Red Bull Honda, “Nicky passed away at 19:09 CEST this evening at Maurizio Bufalini Hospital in Cesena, Italy. His fiancée Jackie, mother Rose and brother Tommy were at his side.”

Hayden, known to MotoGP fans as The Kentucky Kid, won his MotoGP World Championship in 2006.  Hayden started his two-wheeled career as a dirt rider before moving on to sport bikes.  After continuing his career on the tarmac, Hayden was crowned AMA Supersport Champion in 1999. In 2002, Hayden would become the youngest rider to be crowned an AMA Superbike Champion.

Hayden made his move to Ducati in 2009 and  later the Aspar team, before racing his last full season in MotoGP in 2015. He was inducted into the MotoGP™ World Championship Hall of Fame at the season finale in Valencia.

In 2016, Hayden began competing with the WorldSBK where he took a number of podiums and his first win in the class in his rookie year, besting difficult conditions at Sepang to join another exclusive club as he became a winner in both MotoGP™ and WorldSBK. Hayden also became the first MotoGP Legend to return to Grand Prix racing as a replacement rider at Aragon and Phillip Island. Hayden raced his last laps for Red Bull Honda World Superbike team at Imola, in Italy, on May 14.

Support for Hayden’s loved ones continues to pour out onto social media:

Nicky Hayden and @ValeYellow46 riding hand in hand after the 2006 GP in Valencia, when Nicky won the MotoGP championship. #NickyHayden69 pic.twitter.com/i7cyKQNtQ2

What for sad news has got me after my busy day. RIP Nicky Hayden….
sport has lost a great person.my toughest goes to family and friends pic.twitter.com/E2bLbl1ngr

All at McLaren are saddened to hear of the passing of MotoGP legend, Nicky Hayden. @ZBrownCEO leads our tributes: https://t.co/4sNrKgN6mI pic.twitter.com/vywuHOCEnV

We at RacingJunk.com send our condolences out to each of Hayden’s family, friends as well as our entire motorsports family during this difficult time. Be sure to share your thoughts using hashtag #RIPNickyHayden69.