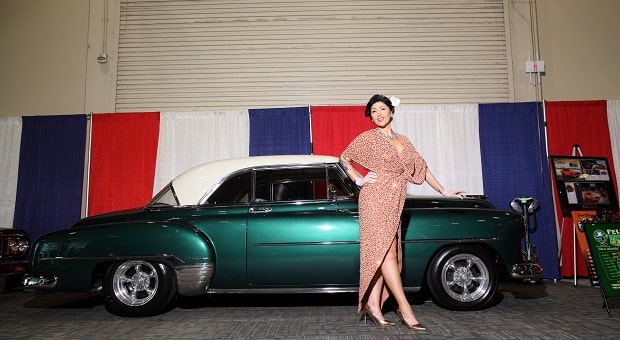 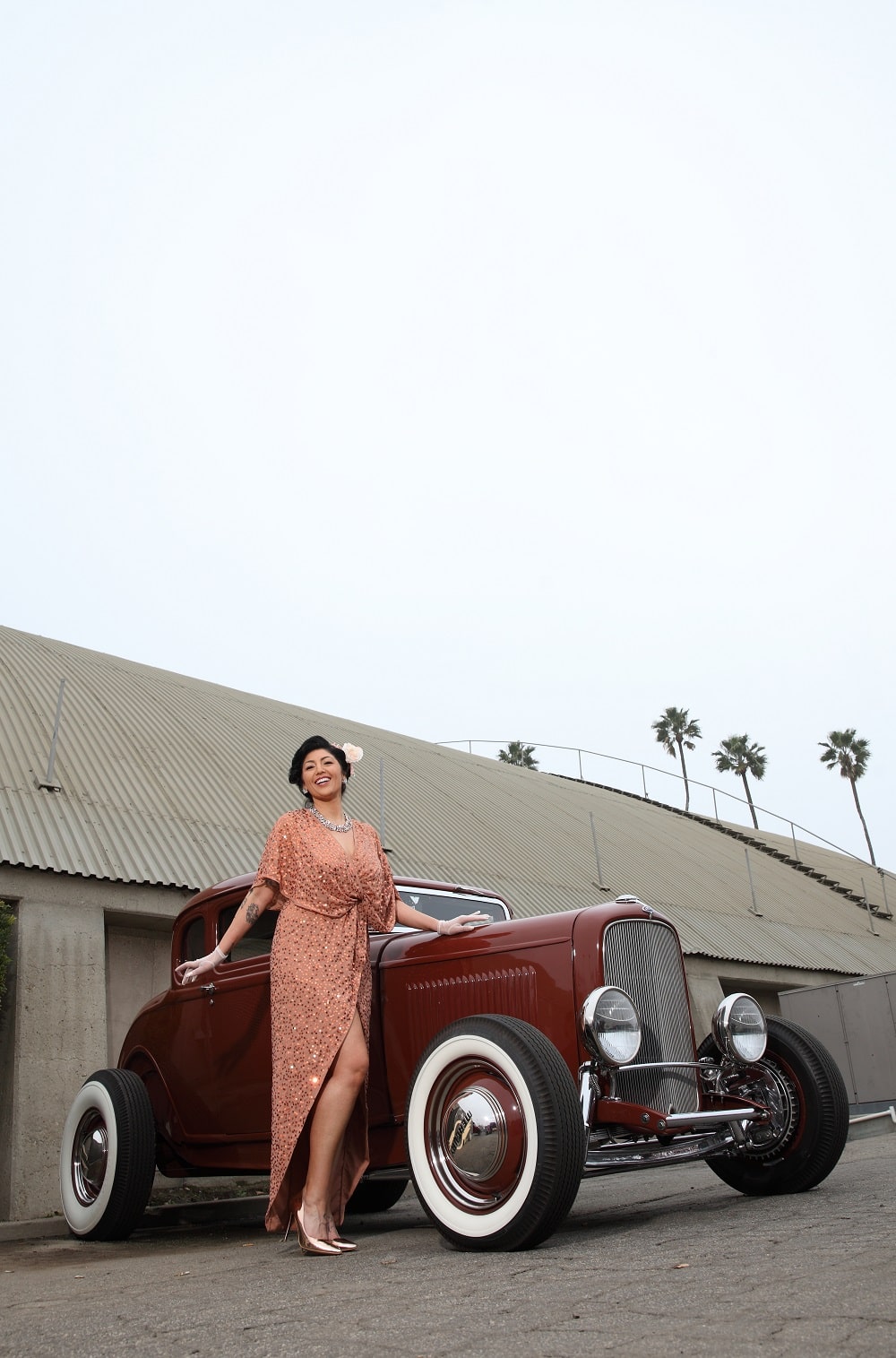 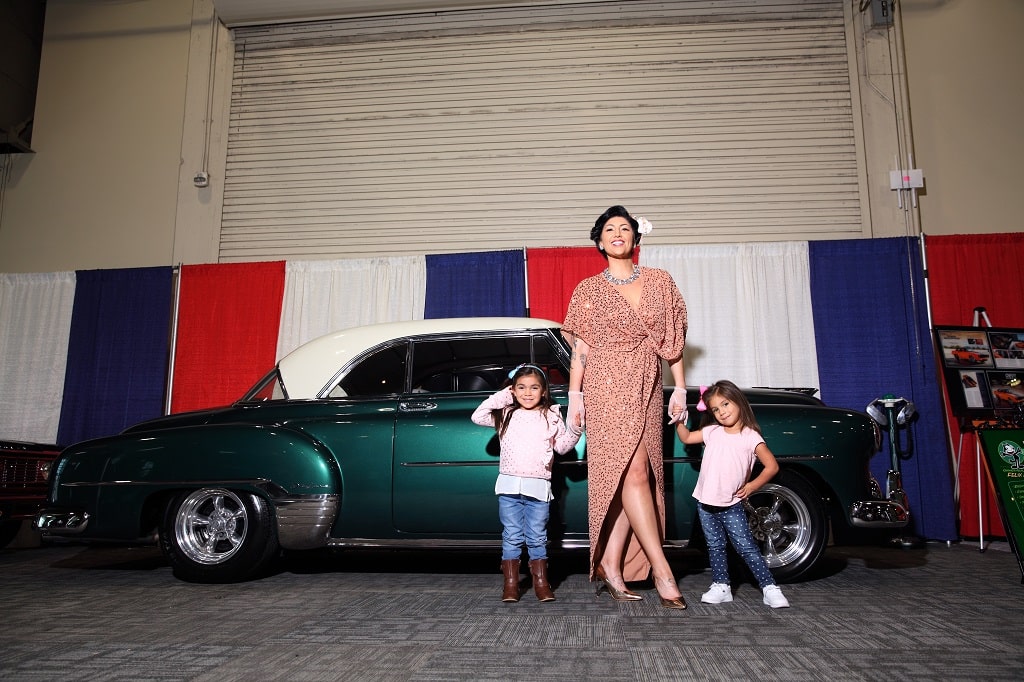 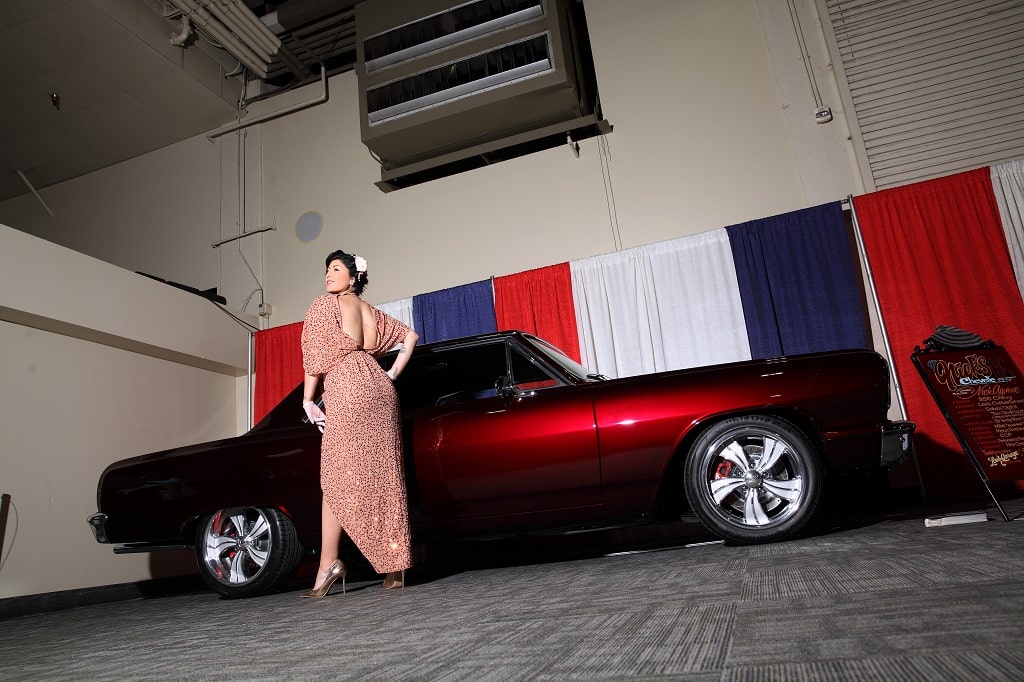 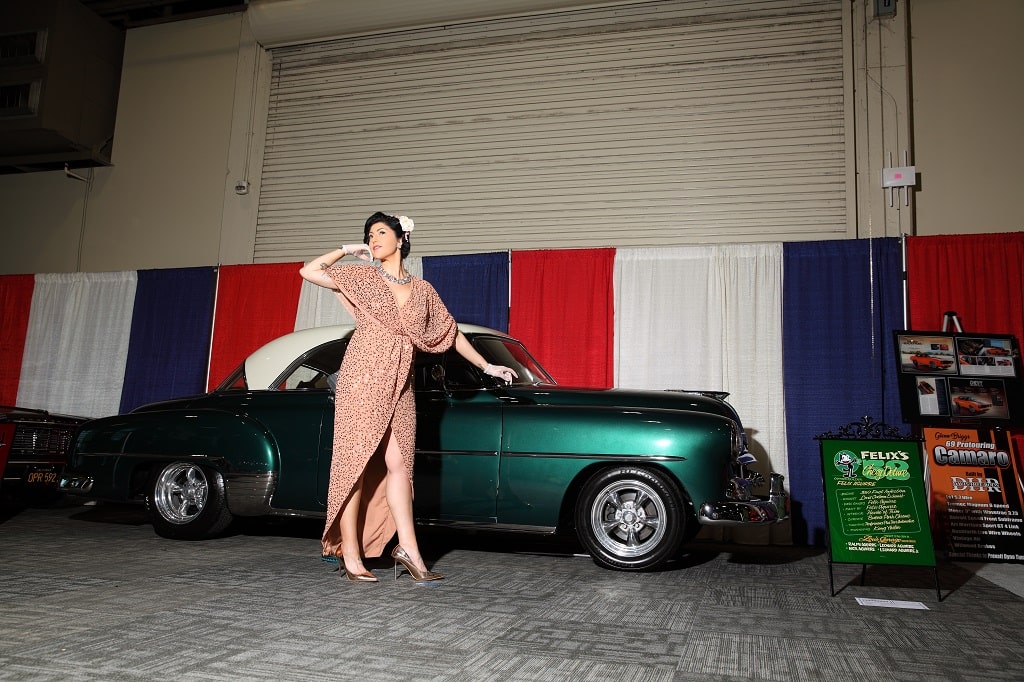 Hot rod and pinup photographer Mitzi Valenzuela is known for having her finger on the pulse of both classic and rockabilly car culture. As part of that, Mitzi produces pinup contests for shows all over the world. Here she shares photos of the competitors and some super sweet rides.

Grand National Roadster Show has been my favorite show yet! There’s always something new right around the corner.

My question for the contest was, “If you could drag race any car, what would it be and why?" On Saturday, before the pinup contest, I headed straight to the Drag Cars in Building 9. As I entered the building, I found myself standing right in front of Tommy Ivo’s “Showboat” dragster. With four V8 motors, I couldn’t take my eyes off it! I took a lap around the rest of the building, yet found myself back at Ivo’s car. I was lucky enough to catch the man himself chatting and taking photos with fans. I of course had to wait in line to get my chance to meet with Tommy Ivo. I found out he calls the two left motors V16s, which power the front axle. And the two right power the rear. I couldn’t have asked for a better time in Building 9!

As the pinup contest approached, I was excited and ready to share with the crowd about Ivo’s dragster. Backstage, nerves were high, but the other 11 girls I was competing with were amazing and such great support for each other. I always love seeing what outfits and personalities come out from each contestant, and GNRS did not disappoint!

As names were announced of the top three, I was stunned! This was my first time placing at such a great and impressive show. I am so thankful for the people who came out to watch and support the 12 women on stage that evening. We appreciate each and every one of you who cheered us on.

After the show, it was time to grab a beer and celebrate with the ladies! A quick stop in the Suede Palace was in order, as the bands were playing and the hips were swaying!

Sunday kicked off with a photo shoot by Mitzi & Co, and coaching by DeeDee Cupcake. Soon after, we snapped some shots of the top three pinups from the contest in front of Jack Fields’ ’54 Chevy. Hot, hot, hot!

We couldn’t have ended the day without attending the Trophy Ceremony and lending a hand as Trophy Girls for the great and well deserved winners at The Grand National Roadster Show. If you missed it, then I’ll see you next year!
Back to Post