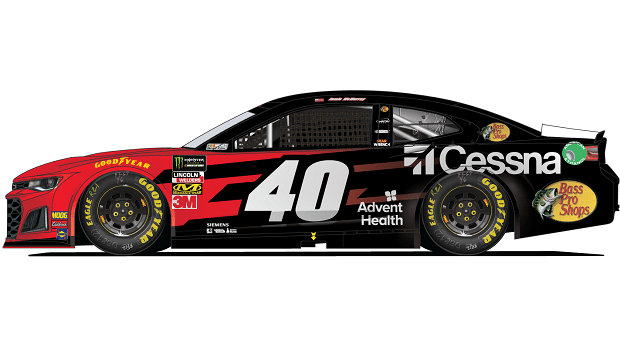 Jamie McMurray may not be a full-time driver with Chip Ganassi Racing this year, but the team is forming a partnership with Spire Motorsports that will allow McMurray, winner of the 2010 Daytona 500, to make his 17th start in NASCAR’s season-starting Daytona 500 next month. Spire Motorsports was formed in 2018 by longtime NASCAR industry executives Jeff Dickerson and Thaddeus “TJ” Puchyr.

He’ll be driving a No. 40 Chevrolet ZL1 festooned with sponsorship logos from several companies that have been part of his successful NASCAR career: Bass Pro Shops, McDonalds and Cessna logos will adorn the black-and-red Camaro. Bass Pro Shops was the primary sponsor for McMurray’s 2010 race wins at Daytona, Indianapolis and Charlotte.

McMurray and Daytona International Speedway (DIS) have symbiosis. McMurray began racing and winning at DIS in go-karts, and has won in sports cars and NASCAR stock cars at the track. He has the distinction of being one of only four drivers to have earned victory in both the Daytona 500 and Rolex 24 at Daytona. The others are Mario Andretti, AJ Foyt and Jeff Gordon. He’s also one of three drivers to win both the Daytona 500 and Brickyard 400 in the same season, 2010, joining Dale Jarrett (1996) and Jimmie Johnson (2006).

Jamie McMurray and Chip Ganassi Racing (CGR) have a long and successful relationship, one that began when he drove the No. 40 for Ganassi in 2002, winning in his second series start. He and the No. 40 race car made six starts in 2002 as a substitute for Sterling Marlin before moving to a full-time spot in 2003 with CGR, making 438 of his total 582 career starts with CGR, including five of his seven Monster Energy NASCAR Cup Series race wins.

“The Daytona 500 is the one race that every NASCAR driver would want to win,” McMurray said. “For the rest of your life, you get to be introduced or recognized as a Daytona 500 champion. I’m excited to have the opportunity to potentially be a two-time winner of the race, and it would mean so much to celebrate one more win with all the great partners that have been with me for so many years.”