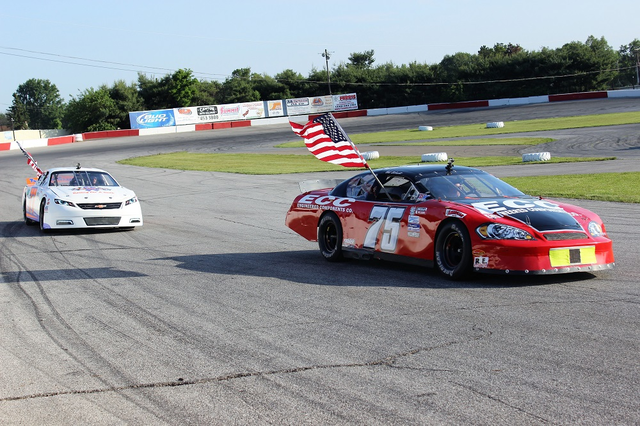 The Super Cup Stock Car Series invades Eastern Ohio this coming Saturday making it 8 straight years.  John and Kelley Chapman will now be calling the shots for the 65th season of competition, the drivers and teams on the circuit are looking forward to continuing the tradition of visiting the pristine Midvale Speedway facility.

Two former winners on the tight 3/10-mile oval will try their hand at returning to victory lane at the McInturf Realty Twin 50s presented by Patrick Miller Photography. Petersburg, West Virginia’s Brent Nelson looks to turn around a dismal result from one year ago and bring his No. 80 Airtek Inc. / Steam Turbine Services / Precision Auto Collision / Atkinson Welding Chevrolet back to success, similar to 2016.

Following the 2018 season-opening event at Dominion Raceway, Nelson and everyone else have been working hard during the month away from the race track. Setup will be key in navigating the challenging layout that Midvale presents, as Nelson explained on a recent Fast Lane Sports Show podcast. “Midvale, in my opinion, has five turns in it,” Nelson said. “You’re going down into one, you turn, in the middle, you’re going to turn, and coming off of two you’re going to turn again. Basically, you’re going to take everything you had at Dominion off and completely change the car to get it to handle at Midvale.”

The only two-time past winner at the track in attendance will be Kevin Kromer. The Walnutport, Pennsylvania driver took the checkered flag in 2011 and 2014, but has not visited winners circle in the SCSCS since that last time four years ago and will certainly be eager to get the No. 77 Lehigh Valley Cancer Institute / Mission R.A.C.E.R. / Warren Pallet / K2 Motorsports Chevrolet back to where he believes it rightly belongs. “It’s one of my favorite tracks,” Kromer noted. “You’ve got to really drive it and be on your game because if you get behind on the steering or lollygag you’re going to be way off in another county.” 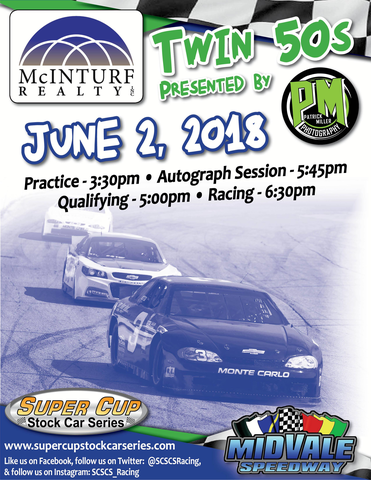 Kromer will be racing on behalf of his non-profit organization in support of cancer research. The C-Pillar of his car is adorned each race by the name of an individual or individuals that are fighting the disease. This week he will be racing to support Carol Wunderler Strobe.

Kromer locked in his most recent victory after an intense duel with past series champion JJ Pack in a memorable side by side battle to the finish that you could  split with a hari. In between races Pack has remotely assisted, in addition to preparing his own two-car effort, with getting Kromer’s car back to where it hopefully needs to be. Veteran racer Bob Schacht has set the initial stage as the driver to beat after picking up the win in the first race of the year. Nevertheless, the North Carolina resident was knocked out of contention early in last year’s running at Midvale with a mechanical issue and was unable to start the second feature that night. There’s no doubt that the driver of the No. 75 Engineered Components / Bob Schacht Motorsports will be ready for a better outing this time around.

Aside from those that have taken home the trophies before, the opposition should be wide open with neither of the 2017 50-lap race winners returning to defend their crown. Experienced racers Bill Ashton, Mike Potter, Jason Schue, and Larry Wilcox are among the drivers with a goal of improving upon their prior starts at Midvale. Indiana’s J.P. Crabtree has shown speed in past races at the facility approximately a half hour south of the Professional Football Hall of Fame, while nearby Pittsburgh’s Jeff Zillweger makes his first start since the same time last year at the track he made his SCSCS debut back in 2012.

On that day six years ago, Zillweger piloted a car fielded by Upstate New York’s Brent Cross. Cross will make his first appearance of 2018 and his first as a driver at Midvale. Edward Adams III, Ron Langdon, Marc Jones, and Mike Senica will additionally have to quickly adapt to traversing the challenging oval in their first time out. 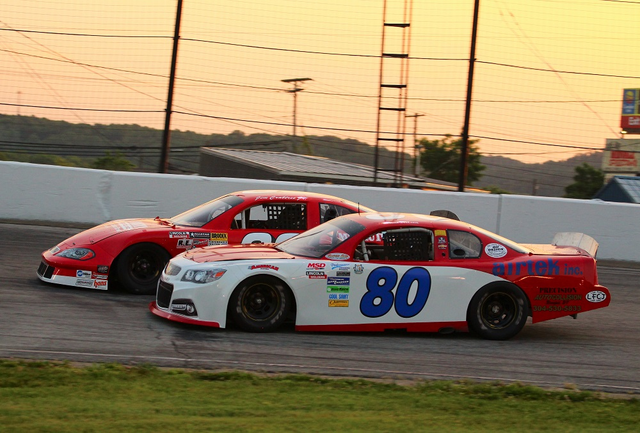 For spectators looking to check out the action, SCSCS practice begins at 3:30 p.m. with qualifying taking place at 5:00 p.m. after the local divisions partake in their sessions. An autograph session tentatively will be offered at approximately 5:45 p.m. with the first of the McInturf Realty Twin 50s presented by Patrick Miller Photography set to go shortly after racing begins at 6:30 p.m.

A four hour optional open practice session will be given to early arriving teams Friday late afternoon through early evening as well.
For a complete weekend schedule and more information please visit the official web site at www.supercupstockcarseries.com. Be sure to check out interactive updates thoughout the day on the Super Cup Stock Car Series Facebook and Twitter as well as the new Instagram page.