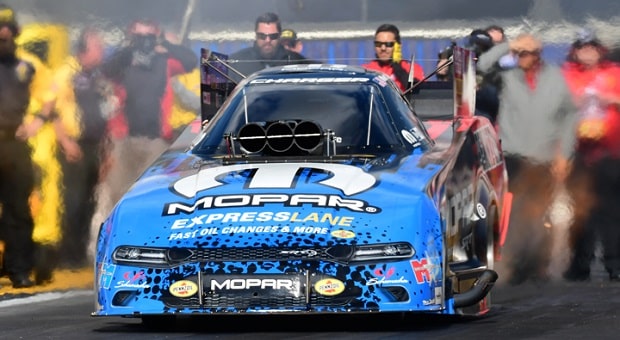 Matt Hagan cuts an imposing figure in NHRA’s pit area. The nine-year Don Schumacher Racing (DSR) Funny Car driver is tall and sports rippling muscles that make him stand out from the crowd – and his teammates.

Hagan comes by his 6’1”, 250-pound stature naturally. When away from the 24-contest Mello Yello NHRA professional drag racing tour, he’s in charge of a 2,000-plus acre cattle farm that raises livestock. Hagan is active in all aspects of his family’s enterprise and it’s working with his 700-plus “momma” cows that has made Hagan’s physique one most aspiring body-builders could envy.

This weekend, during the 31st Heartland NHRA Nationals in Topeka, KS he’ll be the envy of many competitors on the flopper tour as he engages in his 250th NHRA Funny Car national event. At 36 years of age, Hagan is considered an up-and-coming drag racer, but he’s been competing for 11 years on the NHRA drag racing trail, accomplishing two Funny Car championships (2011 and 2014) with uber-tuner Dickie Venables, together with 30 event wins in 56 final rounds. Hagan also owns 34 No. 1 qualifying positions since joining DSR full-time in 2009.

The father of four loves racing at Heartland because the track in Kansas is close to his roots. At this event, Hagan gets to mingle with people who share his everyday life outside racing, those who tend to fields that produce both crops and animals. “I get to talk farming at the ropes,” he says, with people who are just as hands-on as he is. Hagan takes charge of everything, from his farm’s feed production to cattle births and sales. 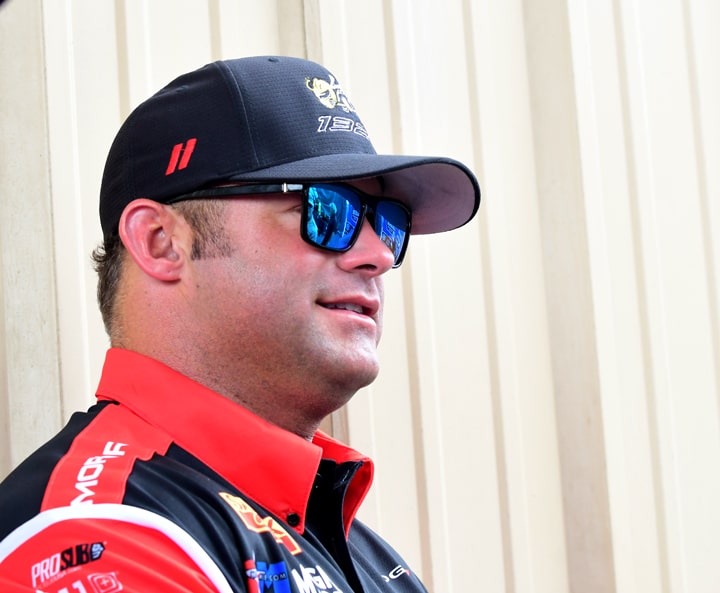 As he approaches 250 national events, Matt Hagan is grateful for the revenue that his drag racing career has given him for advantages to his farm. “I’ve been fortunate enough to be able to accomplish a lot of goals that I had set,” in his drag racing career. “Racing has opened up so many doors for me, allowed me to have the capital to grow my farm while being able to support my family. And now farming has grown to support itself and the next thing you know, I have more than 2,000 acres and 700 momma cows, and it’s all paid for because I’ve been able to race.”

When he first came to DSR in 2009, Hagan was a novice. A real novice, who didn’t even know about his mentor, Ed “Ace” McCulloch’s, racing history. As a first generation racer who didn’t grow up in the sport, the Virginian was able to learn on the job and gives full credit to his crew.

“I don’t know the sport but really, I just look to my peers and my crew boys. My guys have no problem telling me when I screw up because they put their blood, sweat and tears into this race car. As long as I keep them happy, that’s what makes me happy,” Hagan said. “It’s the worst feeling in the world to disappoint them; they drive me to dig deep, get up on the wheel, cut a good light and keep it in the groove, because I don’t want to let them down.”

Of course he first wants to beat his successful teammates – Jack Beckman, Ron Capps and Tommy Johnson Jr. – all of whom have generational ties to the sport of drag racing. “You want to beat everybody, but when you lose to your teammate, you feel like you didn’t do your job, because you’re working with the same quality of stuff. That’s why they’re my fiercest competitors.”

Hagan has also learned how to help develop cars and was the first to race DSR’s new Dodge Charger SRT Hellcat at Denver last year. He was also able to give that new body style its first victory in Phoenix this February.

Matt Hagan doesn’t know whether he’ll be behind the wheel of a Funny Car or a tractor ten years from 2019, but he wants to race as long as he can. “It’s what I’m passionate about. I feel like I’m good at it. There are some things that just click and fall into place, and you just know you’re supposed to be doing it, and that’s what drag racing is for me. I’ll be here as long as the sponsorship is here. MOPAR has been with me nearly my entire career here at DSR, which is really great,” Hagan said.

“Drag racing is a fix you can’t get anywhere else; once it’s in your blood, you just crave it. Everything comes to an end, and I’m not sure when that will be, but I’ve been blessed so far. To be 36 and still at the pinnacle of your sport and be able to compete like this on the weekends, it’s one of those things where the sport itself is growing, and I’m excited to be a part of it. It’s come a long way in the past 10 years,” Hagan said of NHRA drag racing, “and I hope to see it grow further.” 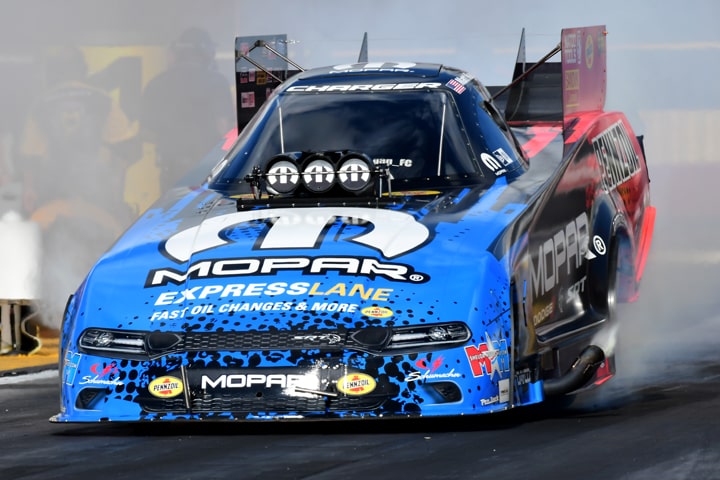