The P3 penalty means that Kenseth will lose 15 championship points while crew chief Jason Ratcliff has received a fine of $25,000. Joe Gibbs Racing will also absorb a 15 point deduction in team owner championship points. After the assessment of the penalties, Kenseth moved from eighth to ninth in the overall standings, although the New Hampshire win was his second of the year.

Kenseth, who won the Loudon race last fall, pulled away from JGR teammate Kyle Busch after a late race restart and never looked back. After the Victory Lane celebration, the number 20 Toyota, as the race winner, was taken by NASCAR for post-race inspections.

The car failed the LIS inspection. NASCAR then took the car back to their Research &Development Center in Concord, North Carolina for a more thorough inspection. This detailed inspection is meant to figure out why the car failed the post-race inspection. Was it because something broke? Did something break that was engineered by the team to break and thus give Kenseth a winning advantage? In the end, NASCAR felt this was the case and thus levied the P3 penalty against the team.

What IS the Laser Inspection System? 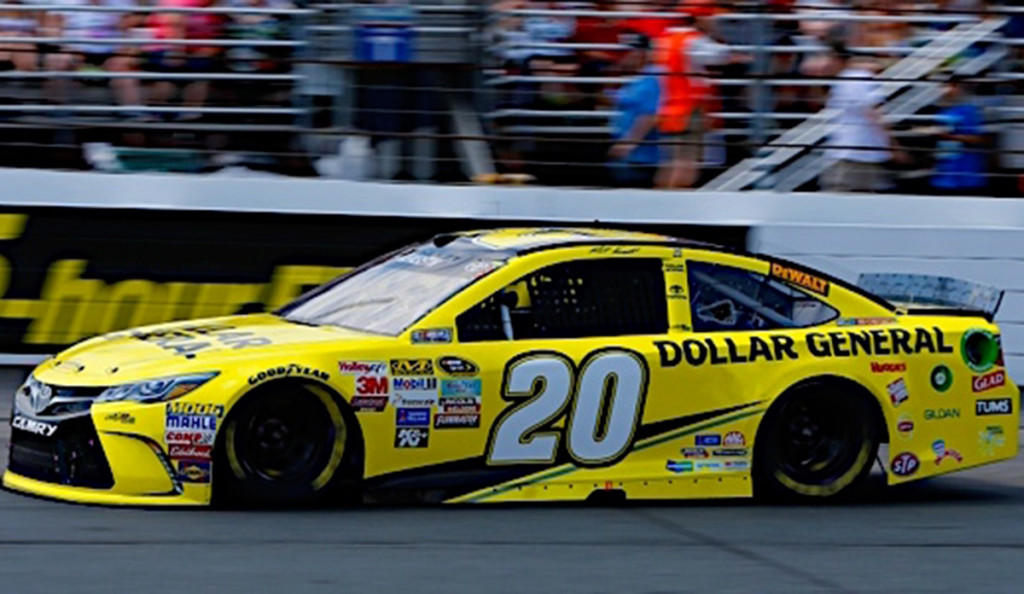 Not many NASCAR fans realize that race teams have to send their new chassis to the NASCAR R&D Center for approval prior to building the car around it. During this inspection, NASCAR affixes RFID (Radio Frequency Identification) chips to the chassis in specific locations. These are then used to digitally map the chassis. This map is stored by NASCAR and catalogued by the teams.

The LIS platform then orients the car precisely as it was when it received it original approval at the R&D Center. During the post-race inspection, the laser system measures the chassis to the 1/1000th of an inch and compares that measurement to the digital map that is specific for that chassis. Instead of the 20-30 minutes the old manual system took, the LIS takes only three minutes per car.