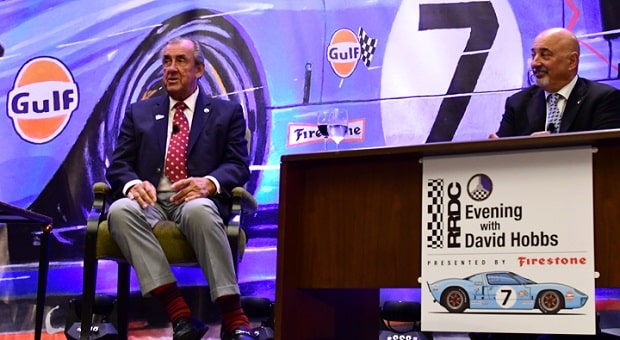 The racing on the streets of Long Beach might have been a bit on the bland side, but a couple of events leading up to what became a processional showed the reason why the Acura Grand Prix of Long Beach is looked forward to by all participants involved.

The drivers and team engineers love the technical aspects of the well-designed track, the teams (or at least those staying close to the circuit) love the proximity to good food and drink, business-to-business gets done at a heavy pace, thanks to the sophisticated, cosmopolitan city Long Beach has become over the last 45 years and fans flock to the seaside venue to watch racing and one another and, well, party hearty.

Even before the three-day motorized extravaganza begins, the city of Long Beach and the Grand Prix Association of Long Beach showcase the history of the race and its participants with the Long Beach Motorsports Walk of Fame, a collection of commemorative plaques that dot the east side of Pine Avenue adjacent to the city’s Convention Center.

The two inductees for 2019, Sebastien Bourdais and Will Power, share an idiosyncrasy unusual among those on this Walk of Fame: Both are still active drivers in the NTT IndyCar Series. Others have received accolades following retirement from active racing, in the case of drivers, or been applauded due to their continuing efforts in the series (Chip Ganassi Racing). 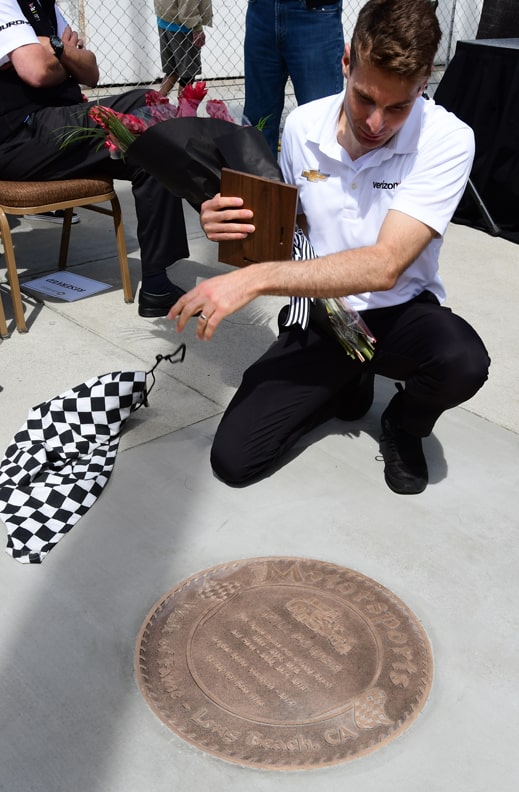 Grand Prix Association of Long Beach president, Jim Michaelian stated that the plaques for each of these drivers would, upon their retirements, be replaced to acknowledge the breadth of their achievements – certainly a great idea. (Last year’s inductees, Team Penske’s Helio Castroneves and Juan Pablo Montoya, are both competing in IMSA’s WeatherTech Sports Car Championship after departing full-time INDYCAR competition; Castroneves will, again, attempt his fourth Indianapolis 500 victory next month.) 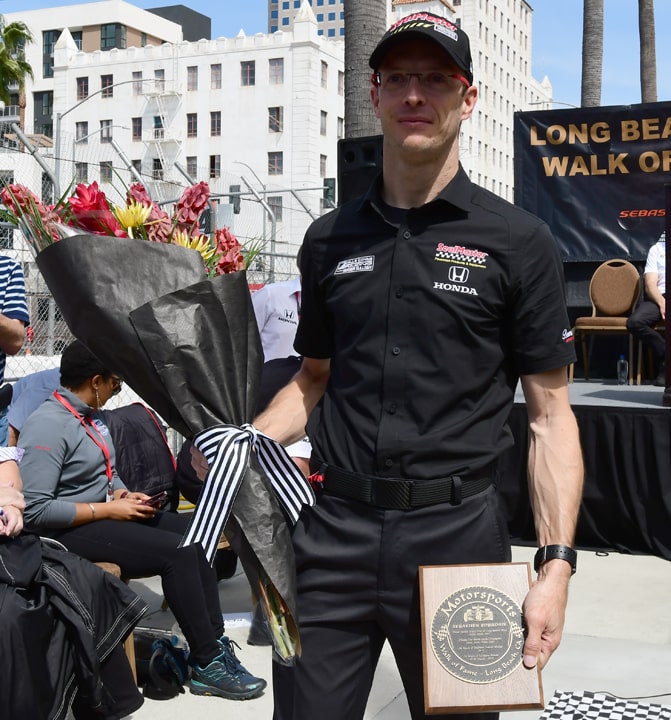 Thursday evening saw a celebration for racer, raconteur and broadcaster David Hobbs during the annual Road Racing Drivers Club (RRDC) gala. Attended by nearly every Indy car driver, sports car racer, team owners and creme de la creme in motorsports, the evening was filled with hilarity as Hobbs took over the dais from RRDC president Bobby Rahal, regaling the full tables with stories of his exploits during every facet of a 60-year career. 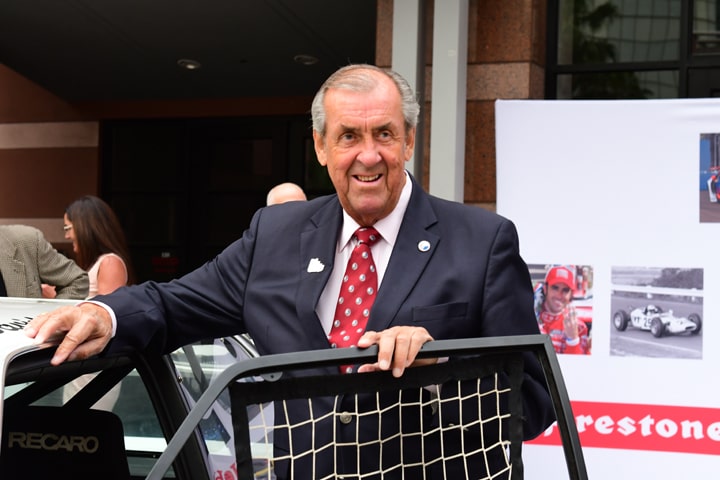 This 11th consecutive annual banquet honoring auto racing’s most influential leaders began with a short video written and voiced by Sam Posey, longtime friend and rival to the honoree. As Rahal, emulating his Rahal Letterman Lanigan Racing team co-owner David Letterman, placed Hobbs on the spot, the duo discussed Hobbs’ 20 Le Mans 24-Hour starts (without a win), his time in Formula 5000, Trans-Am, his brief Formula 1 career and forays in Can-Am and IMSA series. Hobbs’ “unfiltered” retorts, honest comments about the teams, drivers and series in which he’s been a contestant, had the crowd in thrall and laughter.

“Being the honoree here tonight has been one of the biggest things that’s happened to me in 60 years of racing and I still really do feel so honored to be with people like Bobby Unser, Dan Gurney, Parnelli Jones. To me it all seems wrong,” Hobbs said, as he enjoyed V12 red blend wine from Jimmy Vasser’s winery. “I shouldn’t really be here, because those were the true greats of racing. I feel so honored to be honored tonight, so thank you very much.” 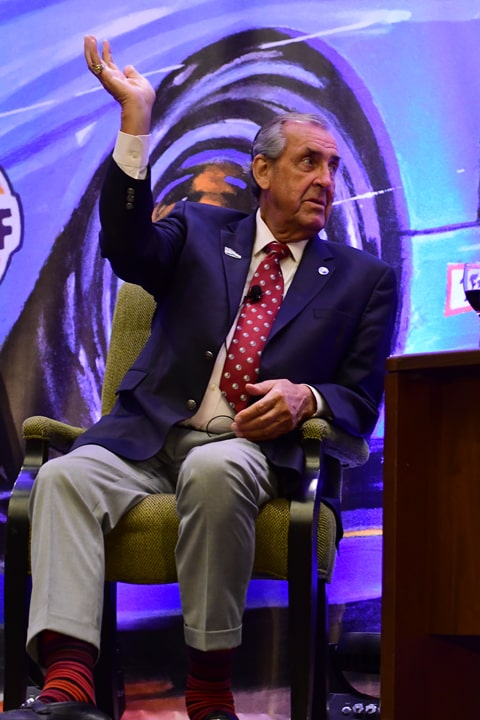 The proceeds from this dinner/gala help support RRDC’s young driver initiatives, including its groundbreaking SAFEisFAST.com presented by Honda program, as well as Team USA Scholarship, which RRDC has backed since 1997. Team USA celebrates its 30th anniversary this year.