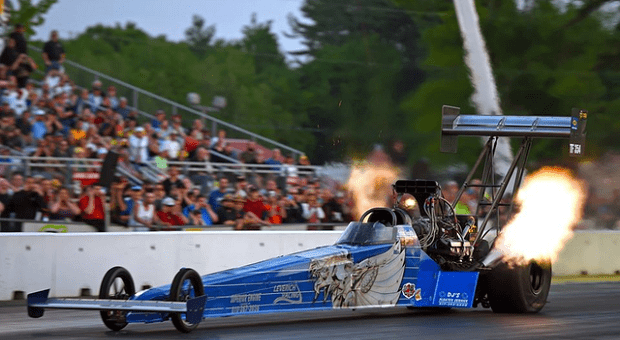 Attention, all those of you planning to attend this year’s PRI tradeshow – at 11:30 am on Thursday Dec. 12, Michigan-based NHRA Top Fuel Dragster team Leverich Racing, together with Nostalgia Drag Racer Joe Morrison, will make a special announcement at the RacingJunk.com booth, #2143. All show attendees, including media, are invited to attend this awesome event.

Leverich Racing is a family-owned NHRA team established in 1959 by Bob Leverich. For over 60 years, the Leverich family has competed in NHRA Drag Racing in multiple categories and made the move to NHRA’s premier category, Top Fuel Dragster, in 2015. The independently owned team is led by crew chief Gary Leverich and car chief Dan Leverich, assisted by a team of close friends.

Morrison is the co-founder, Board Member and CEO of Right2Breathe®, Inc., a 501 (c)(3) non-profit organization based in New Jersey dedicated to ‘Improving the Quality of Life for All those LIVING with Respiratory Diseases.’ He has served as a patient and caregiver advocate for COPD for more than a decade. Right2Breathe® Inc. is a .

A complete press release of announcement details will be distributed to media before Tuesday Dec. 10, 2019. Physical copies of the media release will be available at the RacingJunk.com booth.