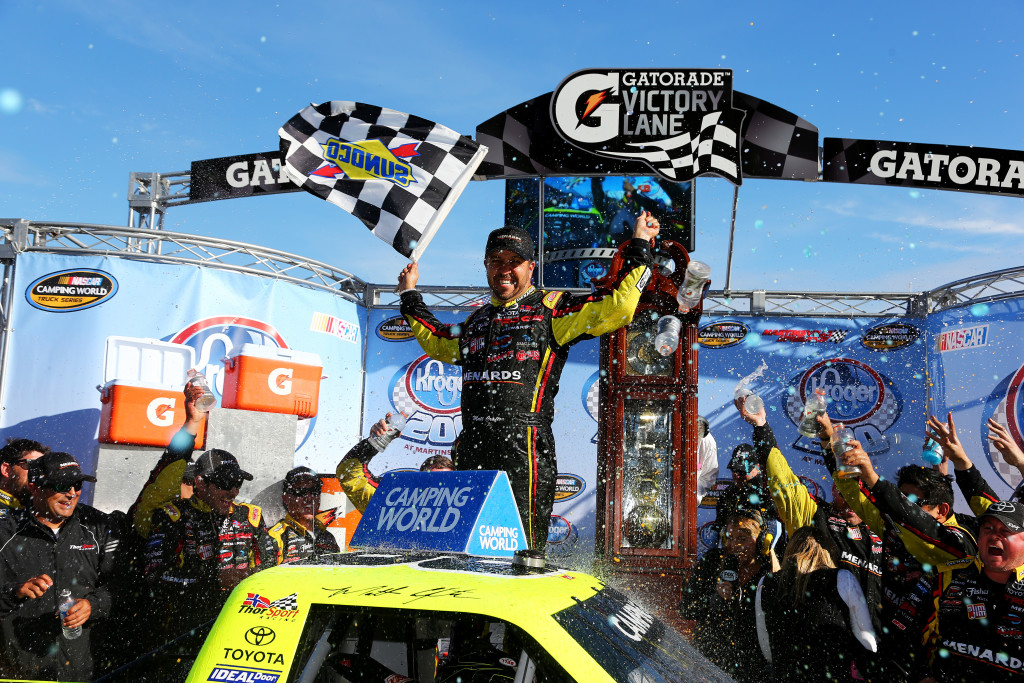 Motivated after a disastrous Talladega race last weekend, NASCAR Camping World Truck series defending champion Matt Crafton rebounded this weekend, winning a hard-fought Kroger 200 at Martinsville Speedway and marking Crafton’s fifth win of the season, serving up all treats and no tricks at his Halloween party.

The legendary tight paperclip shaped .525-mile oval in Virginia offers some of the best short-track racing in the country and dicing it up at the front were Crafton, John Hunter Nemechek, and Cameron Hayley for most of the day, finishing in that order.

Pole winner Cole Custer had one of the fastest trucks, leading a race-high 96 laps before suffering a pit road speeding penalty on lap 125 during the sixth caution, demoting him to 25th in the lineup.  He had to battle back to the front, clawing his way to fourth right at the end.

“We’ve had a very trying last two months, but to get back to Victory Lane is awesome,” said Crafton, now a 10-time winner on the NCWTS circuit.  “These guys [his No. 88 ThorSport Toyota team] just never give up.  We weren’t that great on the short run, but like I said, I never give up on these guys.  They keep fine-tuning and fine-tuning.

“The second-to-last run, we just got really tight, for whatever reason, but [crew chief] Junior [Joiner] called an audible, made a little change there, and the thing was good.  I just had to pace myself and save enough tires for the end of the race.” 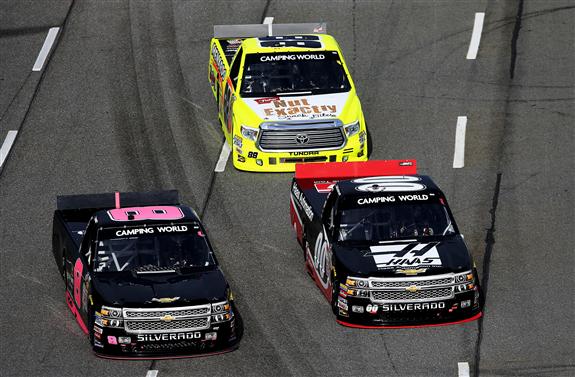 The win for Crafton moved him up to second, cutting the lead in the Truck championship to now 10 points separating leader Erik Jones from Crafton with only three races remaining.  Tyler Reddick rallied to finish fifth and trails closely at 13 points.

Jones’ race set up for his Toyota didn’t pan out, suffering handling problems at first and then later braking woes by his aggressive drive in the late stages, achieving 10th place.  He managed his late charge using five caution flags in the last 50 laps, moving up gradually from 19th to 15th to 11th to eventually the top 10. 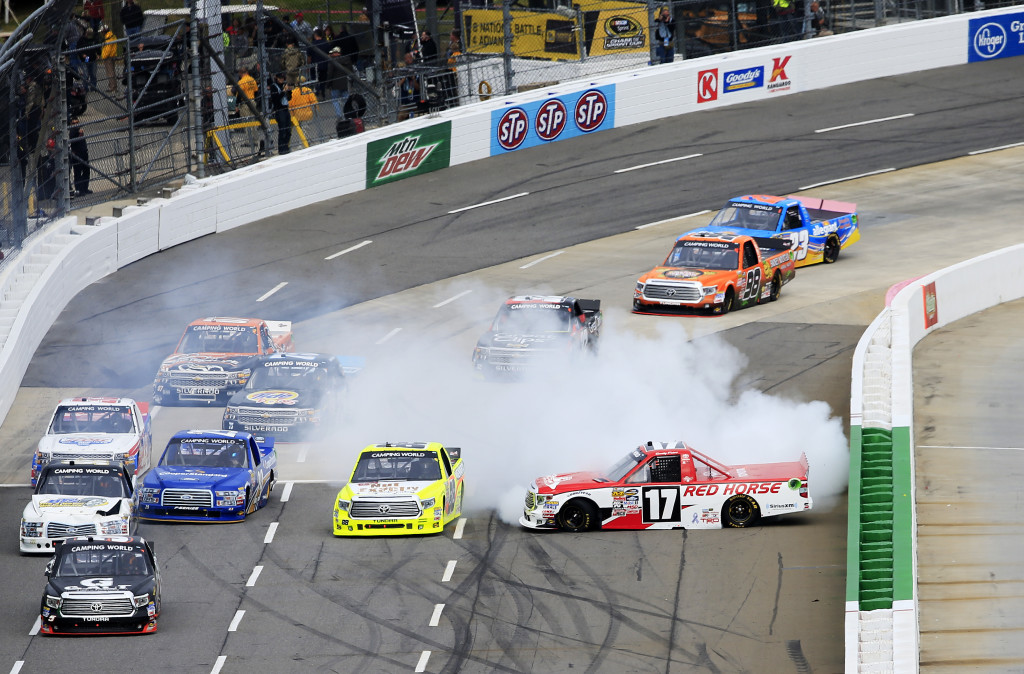 “It was just a fight all day,” said Jones of Kyle Busch Motorsports.  “We missed it a little bit as an organization.  I think it showed we were off most of the day for the three trucks [including the KBR Toyotas of 16th-place Daniel Suarez and 21st-place Gray Gaulding].  We’ll work on it and get it better.”

The average speed of the Kroger 200 at Martinsville Speedway was 60.615 mph.  There were 12 caution flags for 69 laps, four shy of the record.  Four different drivers shared the lead six times.

The next NASCAR Camping World Truck Series race is on Friday night, November 6, for the running of the WinStar World Casino 350K at Texas Motor Speedway airing on FOX Sports 1 starting at 8:00 p.m. EST.