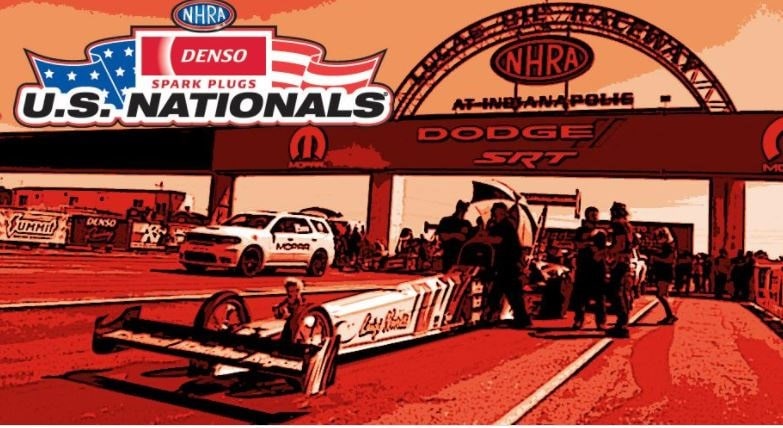 While many celebrated this holiday weekend by spending as much time as possible away from work, there were three NHRA drivers who were each grateful to get back to work and earn victories at the Denso Spark Plugs NHRA U.S. Nationals. Beginning with the current Top Fuel winner Shawn Langdon, who returned to the top rung of NHRA racing at this weekend’s U.S. Nationals, after spending 2018 and 19 in the Funny Car division, with a final round win against Leah Pruett on Sunday. While Langdon would make an impressive return to Top Fuel 2015 U.S. Nationals winner Jack Beckman drove to the Funny Car points lead during Labor Day weekend after defeating two-time Indy winner J.R. Todd in Sunday’s final round. A year after a tough loss in the 2019 U.S. Nationals, the newest Pro Stock queen Erica Enders also made her comeback this weekend in Indianapolis thanks to leaving the starting line in Sunday’s final round against Matt Hartford with a nearly-perfect .009 reaction time. 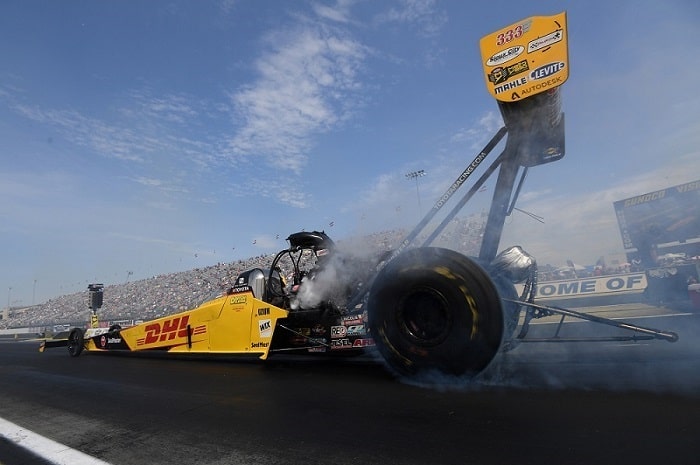 Before stopping Leah Pruett from claiming her first win of the season, Shawn Langdon would begin his return to Top Fuel after leading the qualifying field from his opening Friday lap of 3.728-seconds. Tuners Connie Kalitta and Kurt Elliott almost duplicated that qualifying number in Sunday’s first elimination round with a 3.729-second pass to defeat rookie Joey Haas. This victory would be followed up with a 3.723-second pass in round two to trailer two-time Indy champ Cory McClenathan. While Langdon’s semifinal round was a bit frightening after Justin Ashley and Langdon pedaled a half-dozen times trying to get their mounts hooked back up to the track, Langdon’s experience won out as he crossed the finish first with a 6.92-second pass to Ashley’s 7.23-second finish. This would put the return DHL driving hero alongside Leah Pruett in Sunday’s final round.

Despite Pruett defeating reigning world champ Steve Torrence in the semifinals, beating the 10-time Indy winner on a 3.743-second to 3.724-second holeshot, the former queen of Top Fuel lost her fire in Sunday’s final round after her ride would lose traction at about 300 feet from the finish. This loss would give Langdon just the window he needed to pull off his first Top Fuel win.

“This is such an awesome deal,” said Langdon. “A lot of hard work has gone into this team. We had an awesome car the entire weekend, so much so that when I hit the gas, I knew that we had the win as long as we didn’t smoke the tires.” 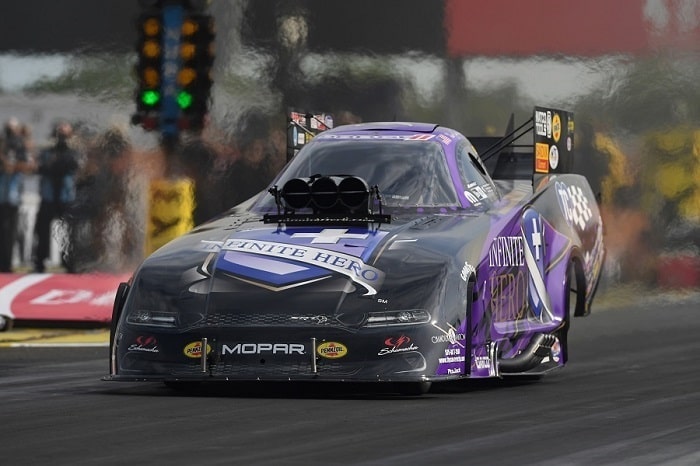 While Shawn Langdon would earn his first Top Fuel victory at this weekend’s Labor Day Denso Spark Plugs NHRA U.S. Nationals, the current Funny Car points leader collected his second career U.S. Nationals Funny Car win and his second victory of the season after qualifying the Infinite Hero Dodge seventh with a 3.94-second pass on Friday and taking this to wins against U.S. Nationals champ Cruz Pedregon in Sunday’s first round as well as teammate Ron Capps and Tim Wilkerson in Sunday’s semifinal round.

Beckman’s semifinal holeshot win against Wilkerson would lead to a final round win against two-time Indy winner J.R. Todd in Sunday’s final round with a 3.90-second pass to give Don Schumacher Racing its ninth victory as well as Beckman the points lead.

“If this is the last time I race at Indy, this team left nothing on the racetrack,” said Beckman, who reached his 67th career final round. “This weekend is what drag racing is all about and I hope I can continue to keep doing this, but I’m going to revel in this right now because our team was just awesome this weekend.” 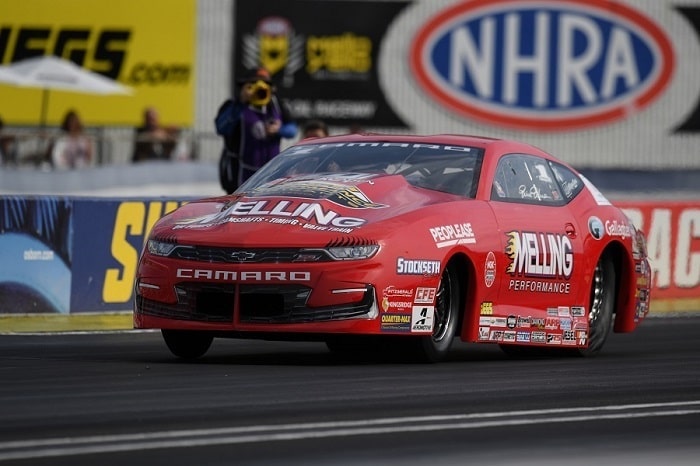 Labor Day racing for the NHRA Mello Yello Drag Racing Series would culminate with a comeback story for the new queen of Pro Stock Racing. A year after a tough loss in last year’s U.S. Nationals final round, three-time world champion Erica Enders began her latest triumph with a narrow escape in round one when she had an uncharacteristically late .080 light in her round one race against Kenny Delco. Enders survived that encounter and went on to beat Deric Kramer and rookie Mason McGaha to reach her 53rd final round.

After lining up against Matt Hartford in Sunday’s final round, Enders does what she does best, leave the starting line with a nearly-perfect .009 reaction time and her Melling Camaro did the rest with a 6.606-second pass that was just enough to cover Hartford’s 6.610-second attempt. In the class’ 50th anniversary season, Enders remains one of just 25 drivers that have won the U.S. Nationals in Pro Stock.

“This win was really sweet, and it meant the world to me,” said Enders. “You work your entire life for something like this and it’s a dream come true. I have drag raced for 30 years and raced in Pro Stock for 16 years, and so many people have made this possible. This Chevy Camaro is mean because I have the three baddest crew chiefs on the property in Rick Jones, Rickie Jones and Marc Ingersoll, and this is just amazing.”

The return to the 2020 NHRA Mello Yello Drag Racing Series season continues at the AMALIE Motor Oil NHRA Gatornationals on September 25-27, 2020. Stay tuned to RacingJunk.com for all of the continued return to NHRA racing coverage!