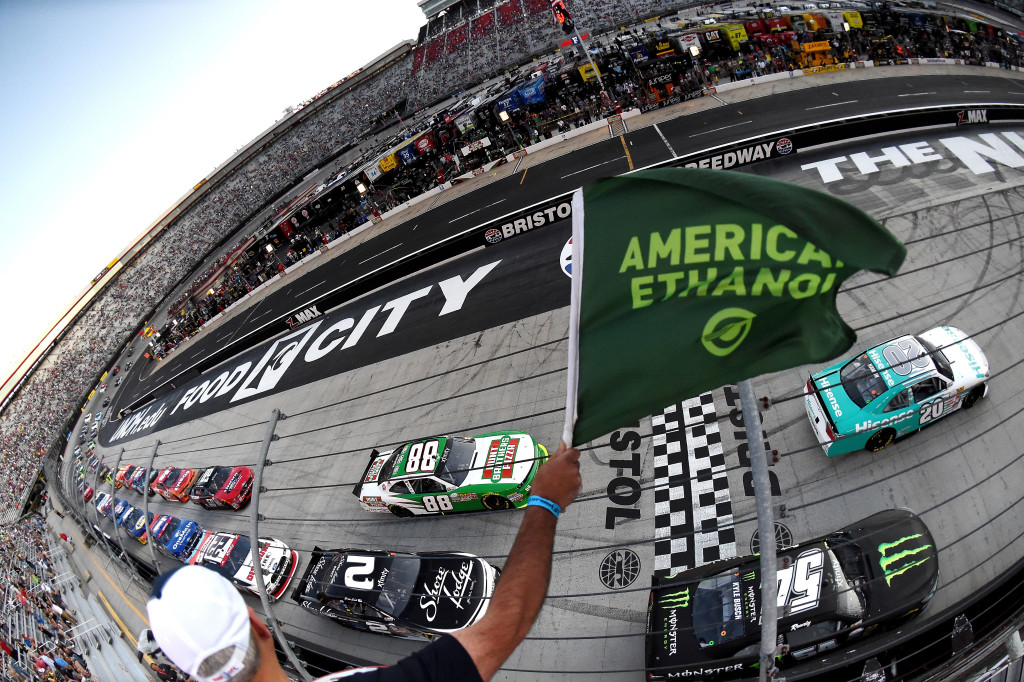 NASCAR Xfinity series points leader Chris Buescher attempted a race strategy of staying out for track position during a caution period on lap 194, assuming the lead so close to the finish until a late race yellow flag dashed his hopes of winning Friday night’s Food City 300 at Bristol Motor Speedway.

Buescher was sailing away until five laps from the end when Brad Teague collided with a slower car to bring out the eighth and final caution of the night.  On the Green-White-Checkered restart, Buescher had Kyle Busch to his inside with both drivers having trouble getting up to speed as the green was waving.  Buescher stumbled, running out of gas in turn two and allowing Busch a clear path to the lead once he got rolling for the final two laps.

The victory was Busch’s third of the season in the NASCAR Xfinity Series, his eighth at Bristol and the 73rd of his career, extending his own series record.  He also snapped an eight race streak of different Xfinity winners dating back to June at Chicago, as Busch also won at Indy.  In addition, it was the 150th career win for him across NASCAR’s top three national touring series.

“This is home—this is where I’m supposed to be,” Busch said first thing after getting out of his car in Bristol’s Victory Lane.  “I wish I was here Wednesday night (after the Truck Series race), so we could continue the sweep lookout for [Saturday], but that was a second place.  Oh, well.

“It was a hard-fought battle tonight.  Our car wasn’t the best at the beginning of the race.  Chris Gale (crew chief) and these guys made some adjustments and got it better for me.  Then, when we pitted with 100 to go; I thought, ‘Man, we have to go 100 laps on tires here?  No way.’  I just saved as much as I could.” 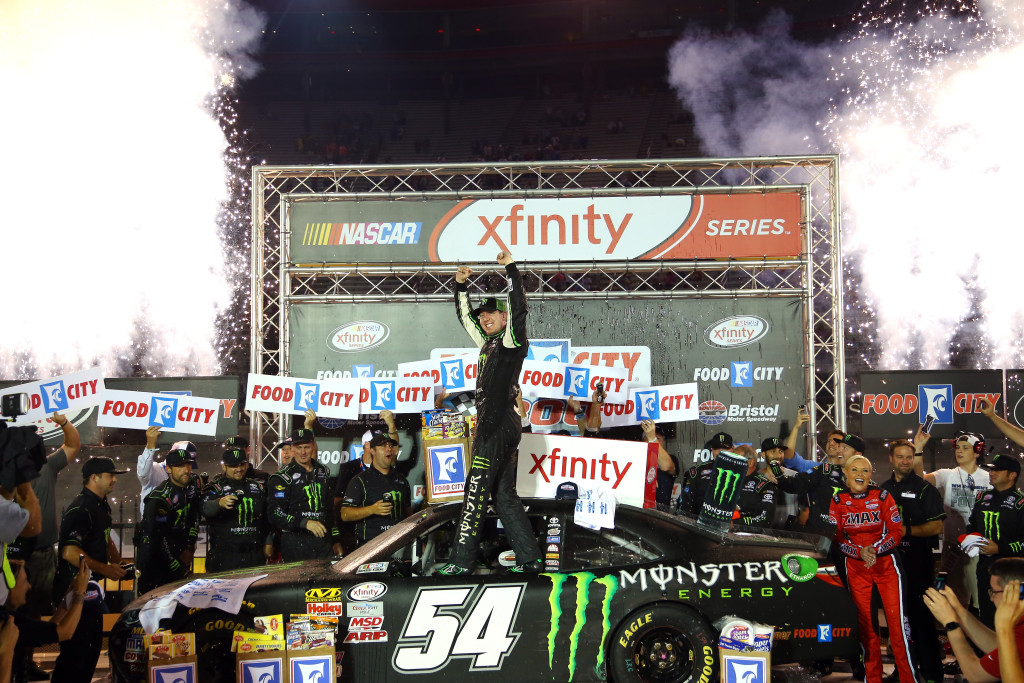 Following Busch to the finish line were Kyle Larson, pole-sitter, Denny Hamlin, Ty Dillon and Daniel Suarez for a top -5 finish.  Suarez was the highest finishing driver in the Xfinity Dash4Cash, collecting an additional $100,000 after the race.

The average speed of the race was 86.270 mph, slowed for 52 laps for the eight cautions.  There were 10 lead changes among four drivers.

The next NASCAR Xfinity series event will be the Road America 180 next Saturday afternoon, August 29, at 2:30 p.m. EDT on NBCSN. 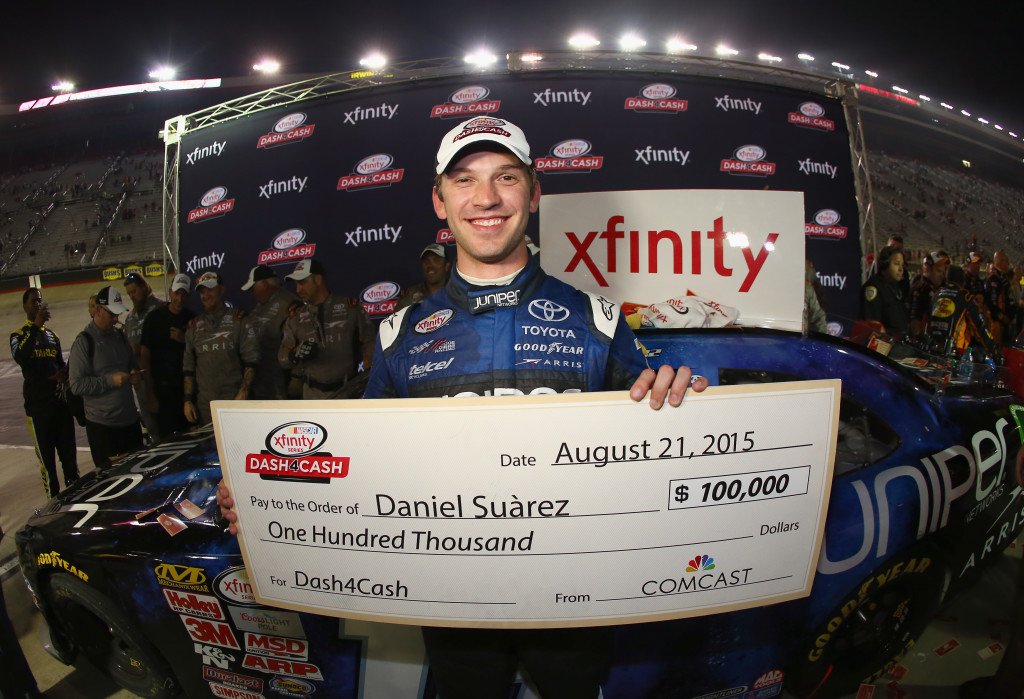