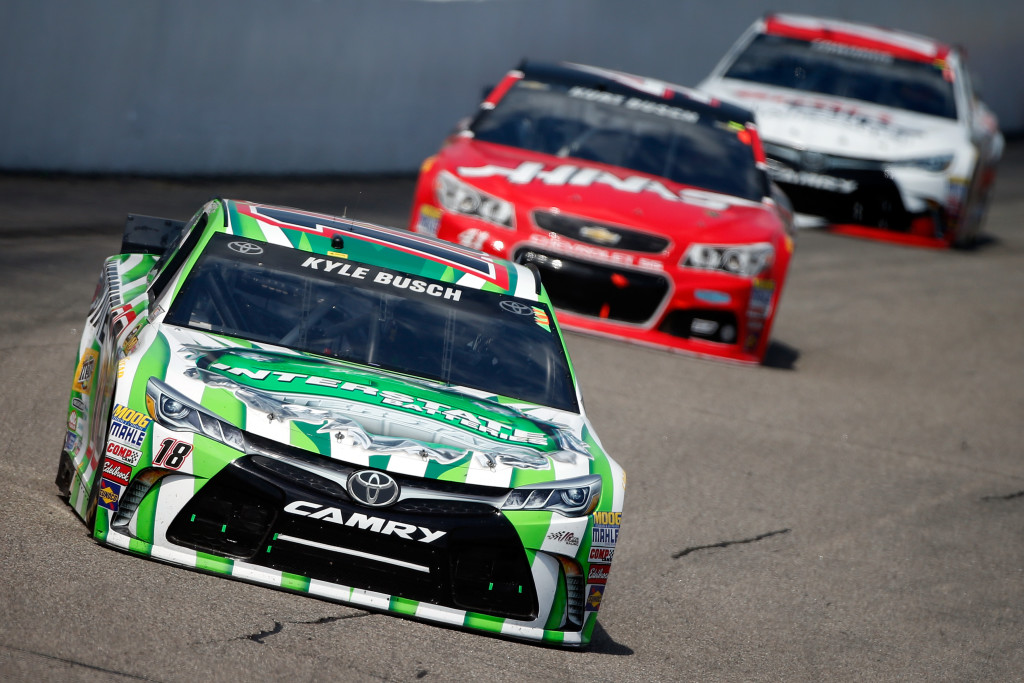 Kyle Busch used the “short pit” race strategy and then hustled to make up more time to win the 5-Hour Energy 301 at New Hampshire Motor Speedway to get his third win of the last four NASCAR Sprint Cup races.

The race wasn’t without its issues: Confusion abounded with radio chatter talking about oil in turn two, and Busch thought he had a flat.  He got the call on the radio on lap 241 from crew chief Adam Stevens to bring his Interstate Battery Toyota to the pits to change tires and refuel for their end run.

Coming out of the pits, Busch was a lap down, chasing down Brad Keselowski and Kevin Harvick to get back on the lead lap.  The new tires picked up nearly two seconds per lap quicker than the field.  The plan worked, and just as he made his crossover move on Keselowski and then shot to the inside of Harvick going into turn one, the yellow flag flew to clean up the turn two oil.  It’s that pit call that put them in the lead after the caution period on lap 251 that brought the remaining lead lap cars to the pits for service, leaving Busch at the point.

“We shot to pit road and got it changed there, and evidently it was oil on the race track that just made the car slip so bad from under me,” said Busch.  “We got a lucky break and I hauled butt, man.  Those five laps I ran were five qualifying laps through traffic trying to get back up to the front and pass Harvick to stay on the lead lap.  That was our saving bucket right there.  That was what we needed to do.”

When the race resumed with 43 laps remaining, leader Busch got the jump on Keselowski and never looked back.  The race finished under caution when Alex Bowman crashed in turn two after the white flag had waved.

The win moved Busch to 33rd in the NASCAR Sprint Cup points, and he is now 58 points behind David Gilliland in 30th position in the standings with seven regular season races remaining.  On the strength of consecutive wins, Busch has gained 70 points over the past two weeks.

“We just have to keep doing our deal every weekend and it’s been getting better and better,” Busch said, collecting his 32nd Sprint Cup win.  “It’s certainly the right thing to do, to win races and gather these points, but to do it in the fashion that we have been – just winning these things, that’s just spectacular and that’s awesome.”

Keselowski, who got two fresh tires on the last pit stop, was closing in on Busch at the end of the race, but ran out of time and finished second.

“We had a really fast car and led a lot of laps,” said lap leader Keselowski, in front of 101 circuits and his first top five finish since Texas in April.  “I’m really proud of the team for bringing me two fast cars these past two weekends.”

The race had seven caution flags for 34 laps with an average speed of 108.504 mph.  There were nine lead changes among seven drivers.

The NASCAR Sprint Cup Series moves to the Indianapolis Motor Speedway for the Crown Royal 400 on Sunday, July 26 with an on-air time of 3 p.m. EDT on NBCSN. 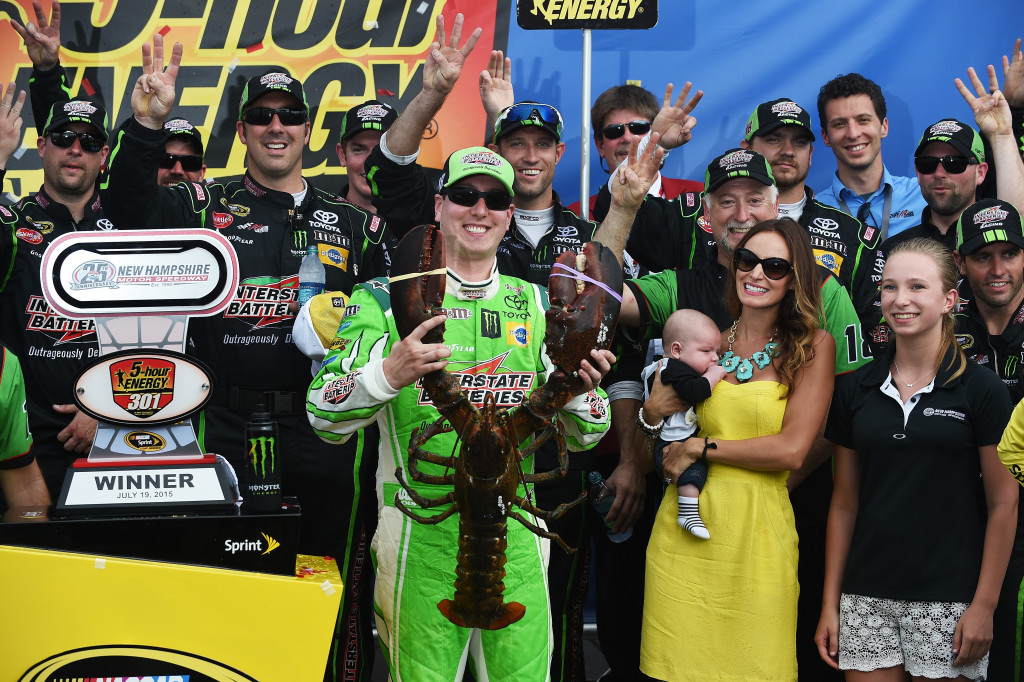