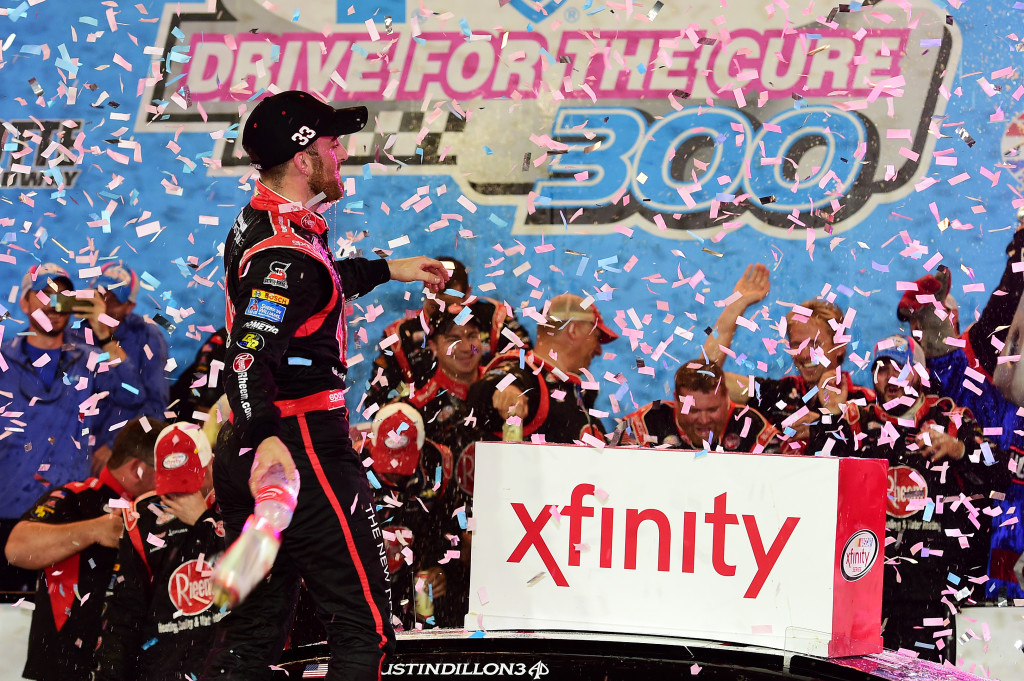 Austin Dillon had clear sailing into the night winning the Race for the Cure 300 NASCAR Xfinity race at Charlotte Motor Speedway after frontrunners Kyle Busch and Kasey Kahne tangled with 49 laps to go, taking both out of contention.

Dillon held off Erik Jones by 2.809 seconds to claim a season sweep at Charlotte after winning in there in May, both ironically from the pole position.   He raced to his third win of the season and sixth overall in the Xfinity series.

The most excitement Dillon had in the race actually started before he even got into his race car, having one of the prerace fireworks landing on his backside with sparks still flying, causing him to rush his Tennessee Titan cheerleader girlfriend, Whitney Ward, out of the way to safety.

“I was actually praying, and the fireworks hit me in the back,” Dillon said.  “I didn’t know if it was a sign from God or what.  But it got me going right there with a firework in the butt.”

The remainder of the top five was Brad Keselowski in third, followed by Daniel Suarez and Regan Smith.

NASCAR Xfinity points leader, Chris Buescher, came home seventh and extended his series lead to 26 points over defending champion Chase Elliott, who finished ninth.  Regan Smith moved up to third, 34 behind, and Ty Dillon in fourth just 38 out of the lead with only four races left on the schedule. 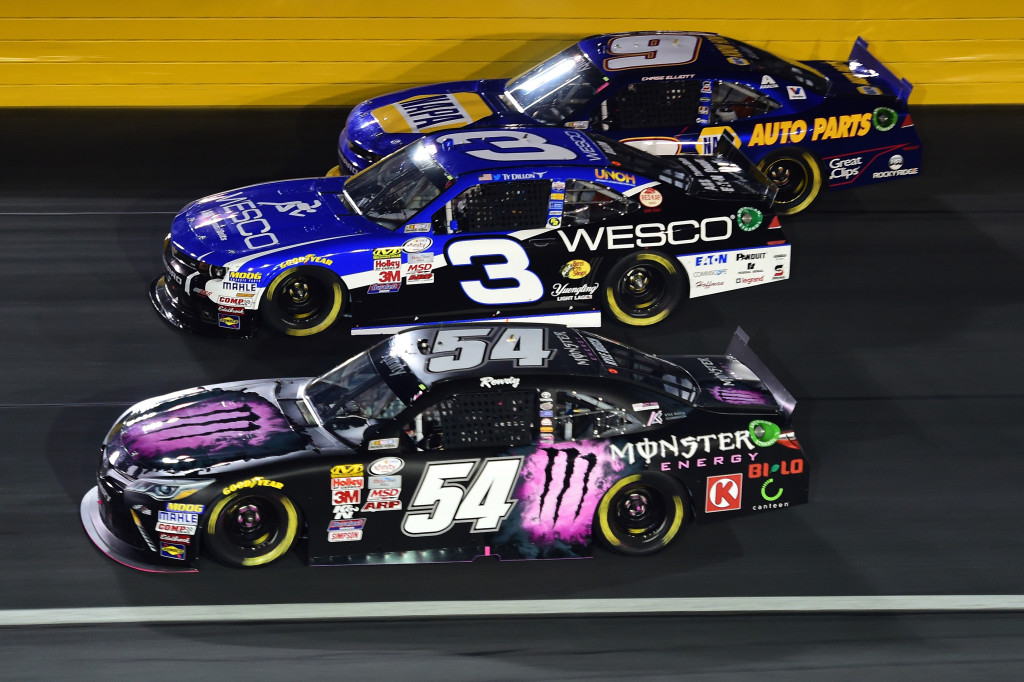 It appeared during most of the race that Kyle Busch and Kahne seemed like the class of the field together, leading a combined 136 laps, but on a restart after a yellow period on lap 147 of 200, Busch bobbled, falling back giving teammate Erik Jones the position and started battling Kahne for third.  After the two repeatedly kept banging and rubbing off each other enough times, the situation came to a hilt with both Busch and Kahne ending up sliding into the turn three wall after Kahne charged into the turn, sending his message.

“Kyle got mad because he got into it with his teammate [Jones] off Turn 2 on the restart,” Kahne said after the race.  “That shuffled him back to where I was, and I’m racing to try to get by him.  He started beating on me down the back and on the front, and I overdrove Turn 3 and got into him,” Kahne said.

Busch, showing his displeasure after leading for 102 laps, immediately left the garage area on his golf cart, showing his unavailability by not giving a reply or comment about the incident.  Kahne finished 12th and Busch 31st.

The average speed for the Race for the Cure 300 was 152.037 mph, pacing the field by three caution flags for 13 laps.  There were seven lead changes among five drivers. 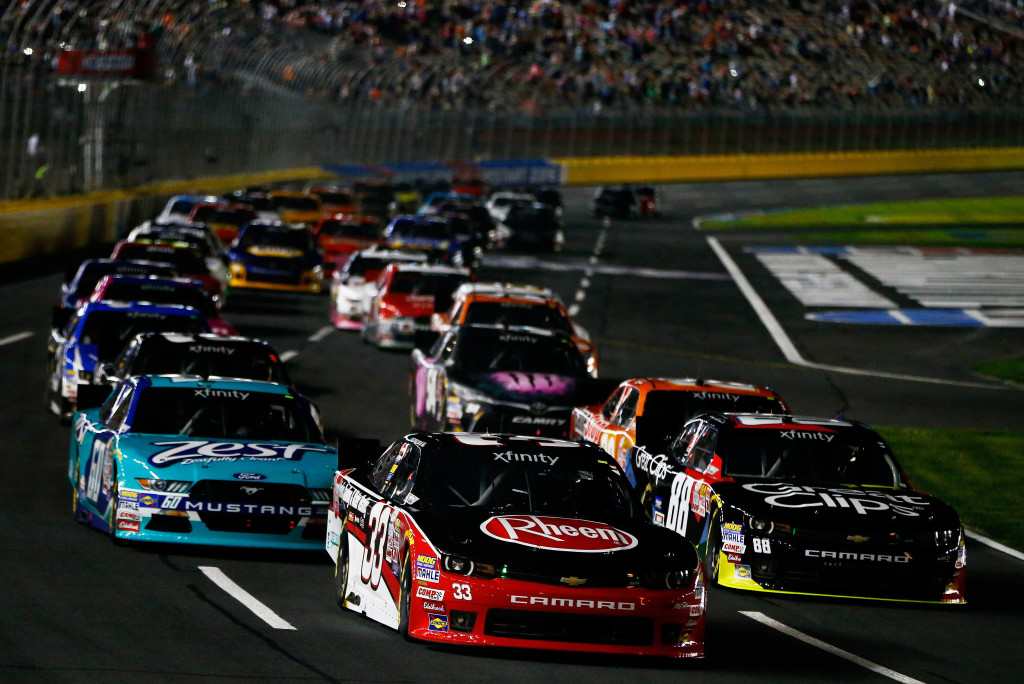 The NASCAR Xfinity series heads to the heartland next weekend for the Kansas Lottery 300 at the Kansas Speedway on Saturday, October 17 with a starting time of 3:30 p.m. EDT on NBCSN.