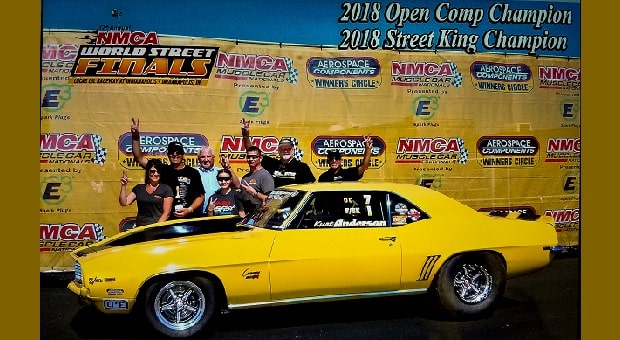 Anderson, a resident of Eau Clare, WI, uses Champion Racing Oil and other Champion lubricants in his 1969 Camaro. He will be officially declared winner on the NMCA Website, in Fastest Street Car Magazine and during the NMCA Awards on December 7, 2018 during the PRI Show at the Indiana Convention Center.

Champion Racing Oils are built specifically for race car engines, especially those using flat tappet and roller cams operating at high RPMs and those which require high-pressure valve springs. To meet the demands of these engines, Champion uses its premium ZDDP anti-wear protection package, which contains high levels of zinc and phosphorus as well as other specialized features. All Champion Racing motor oils also include Champion Racing’s TVS® (Thermal Viscosity Stabilizer) technology, designed to deliver exceptional film strength at high temperatures and better piston ring seal for maximum compression, and to increase the foot-pounds of torque in most engines.